Qing Liu almost pulled off one of the most impressive accomplishments in poker history, but still made a name for himself even after falling short this week. Markus Gonsalves also deserves recognition for winning the WPT Gardens Poker Championship, a full year after the tournament began. 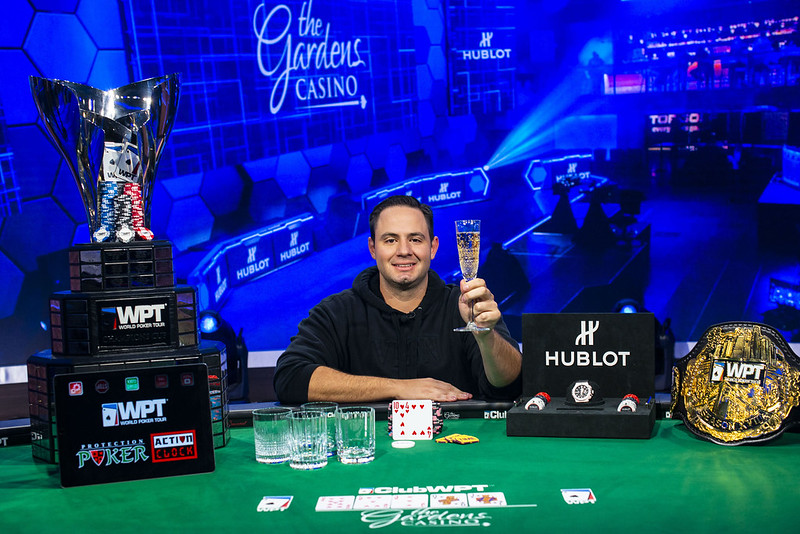 Winning one WPT title is difficult to pull off. After all, Darren Elias holds the all-time record with just four World Poker Tour victories through almost 20 seasons. Liu had an opportunity to win two WPT titles in consecutive days.

On Wednesday, Liu then headed a mile south to the PokerGo studio on the Las Vegas Strip right outside of the Aria Resort and Casino for another WPT final table appearance.

The Gardens Poker Championship, hosted at the Gardens Casino in Los Angeles, began in January 2020 and played down to a final table of six, which included the most recent World Poker Tour champion. The televised final table was scheduled to resume at the Luxor on the Las Vegas Strip in late March 2020, but COVID-19 struck, and the casinos were forced to close.

Rescheduling the final table proved problematic for the WPT due to the pandemic. They finally made it happen on Wednesday, 14 months after the tournament originally played down to six.

Liu takes his shot at history

Liu faced an uphill climb at the final table as he attempted to win World Poker Tour events in consecutive days, an accomplishment that has never happened before, and likely will never happen again. He was just fifth in chips heading into play and was chasing one of the best players in the game, Chance Kornuth, who held the chip lead.

Liu’s memorable run came to a quick halt on Wednesday. He was the first eliminated, earning $111,795 for sixth place. For the week, he took down more than $860,000, though he, and everyone else at the Gardens final table, had already been paid sixth-place money months ago).

With Liu out of the way, all eyes were on Kornuth, who was attempting to win back some of the $1 million he lost to Phil Galfond in the recently completed Galfond Challenge. He was also attempting to join the WPT Champion’s Club, but nothing went his way on the final day. The Chip Leader Coaching founder was eliminated in fourth place for $195,080.

Straton Wilhelm took fifth place, good for $146,655. Jonathan Cohen was eliminated in third place, earning $263,090. That set up a heads-up match between Markus Gonsalves and Tuan Phan, both seeking their first WPT title.

When heads-up play began, Gonsalves held a slight chip advantage, but his opponent quickly took over the match and built a fairly comfortable lead. Sort of.

You can never be too comfortable in tournament poker, and Gonsalves proved that. He rallied from behind and then won a cooler on the final hand (flopped a flush against two-pair) to ship the trophy for $554,495. Phan took home $359,650 for his runner-up finish.