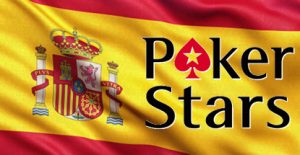 PokerStars has added casino games to their Spanish client, including roulette and blackjack. (Image: calvinayre.com)

PokerStars Spain has added blackjack and roulette to the latest version of its Spanish client, officially becoming the first client under the PokerStars brand name to ever offer casino games. The move comes after PokerStars’ Spanish subsidiary was able to receive two licenses to offer the games back in July on their PokerStars.es platform.

In the past, the Rational Group had suggested that PokerStars would remain a poker-only brand, while Full Tilt would add a variety of other casino options alongside their virtual poker tables. But Amaya announced earlier this year that adding casino games under both brands was a priority for the company.

“With the continuing trend of online gaming regulation around the world, the company has in front of itself an enormous opportunity to leverage its brand recognition and customer loyalty to diversify into other gaming verticals as casino, sports betting and social gaming,” said Amaya CEO David Baazov in June. “[PokerStars and Full Tilt] do not only have the ability to attract new players, but they are also able to offer popular tables and slot games to their millions of players using their poker platforms.”

Without a Full Tilt presence in Spain, that left PokerStars as the only possibility for Amaya to integrate casino games into the market. This became even more important to them when they realized that some customers were likely spending some or all of their gambling budgets on the casino games at competitors’ sites.

“We know that many of our customers are enjoying online casino games on competing platforms and our offering will enhance their experience with PokerStars an provide a safe, trusted and convenient way for them to be entertained,” said Gino Appiotti, PokerStars President for Southern Europe.

The new games are only available in PokerStars 7, the latest version of the client. The blackjack and roulette games are kept in a separate “casino” tab and are not mixed in with the standard poker lobby.

At the moment, there do not appear to be immediate plans to launch casino games on PokerStars.com, and adding a bigger variety of games to Full Tilt appears to be a bigger priority. However, it’s likely that PokerStars users in other regulated jurisdictions, particularly those where Full Tilt isn’t available, may see similar changes soon.

One likely target appears to be Italy. With Amaya choosing not to launch a Full Tilt product in that nation, it seems logical that they might instead include casino games in their PokerStars offering. A similar situation may play out in New Jersey, where Amaya is working with regulators in the hopes of bringing PokerStars back to that state’s regulated online gambling market.

PokerStars is currently the dominant force in Spain’s online poker market. According to figures at PokerScout.com, PokerStars has about 70 percent of the cash game traffic in the country, far ahead of competitors such as 888poker. PokerStars is also the largest player in the Italian market, and PokerStars.com is by far the largest poker room in the world overall.

“PokerStars aims to remain as the number one poker operator in Spain,” Appiotti said. “[We] strongly believe that in this market, adding casino games is the best way to serve players.”

Really hate the new direction pokerstars has been taking ever since Amaya took over.