It’s important for any business to be proactive when the company receives negative publicity, and that’s what PokerStars has done by offering five freerolls to players affected by a recent spate of Distributed Denial of Service (DDoS) attacks that forced the cancellation of in-progress tournaments. 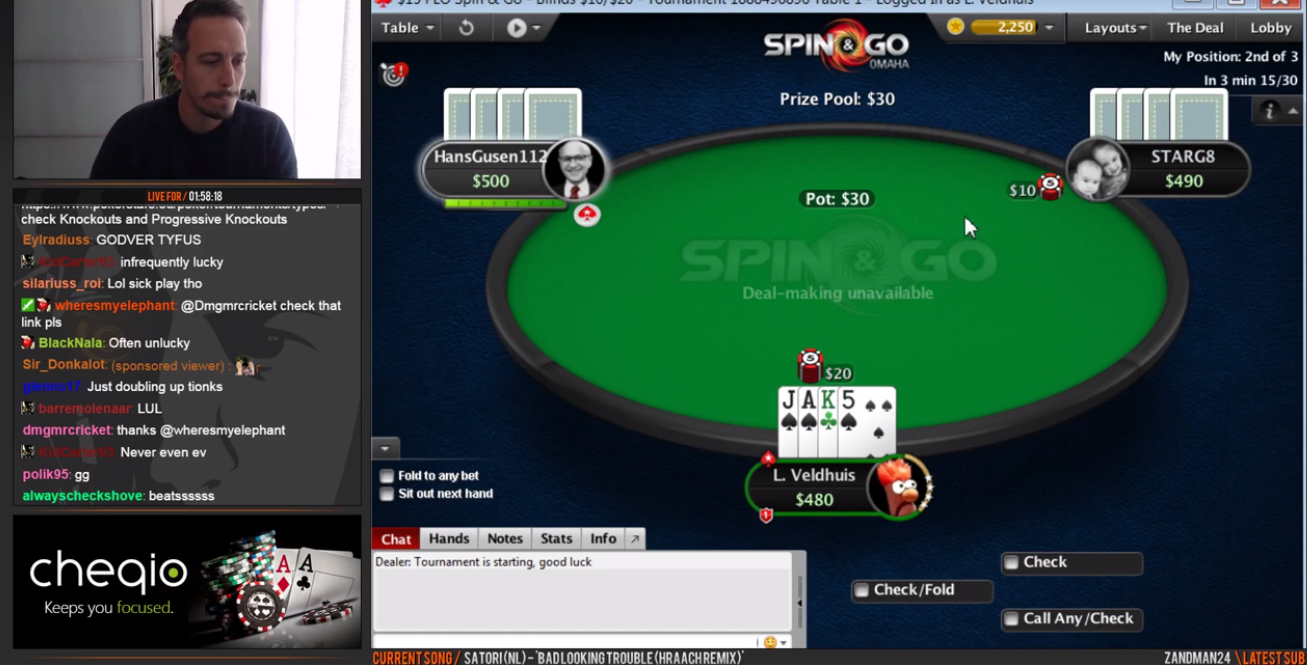 PokerStars has responded to a DDoS attack by handing out freeroll entries to any player affected by the attacks. (Image: highstakesdb.com)

PokerStars isn’t the only poker site recently to get hit with a DDoS attack, which is an attempt by a cyber crook to make an online service unavailable by overwhelming it with traffic from multiple sources. Earlier this month, Partypoker got hit by a similar attack, and before that Americas Cardroom has faced similar troubles.

Following the DDoS attacks at PokerStars, customers were upset with the site, especially those who had big chip stacks in various tournaments when they got locked out of their accounts.

The poker site was unable to just pause the clock and then allow players to return back to action once the tech team had the issue resolved, which bothered some players who felt they were cheated out of money.

The first step in cleaning up the mess was to refund the players their tournament buy-ins, an announcement PokerStars made the following day. And now they’re going even further to attempt to turn a negative into a positive.

PokerStars has announced it will host a daily $100,000 freeroll for five straight days beginning Aug. 22 until Aug. 26. Any players affected by the DDoS attacks from Aug. 12-14 are eligible to register for these tournaments.

The freerolls won’t be paying out cash prizes, however. Instead, they will award tickets to next month’s World Championship of Online Poker (WCOOP), a massive poker series that guarantees at least $116 million in prize pool money.

The winner of each freeroll session will receive a $5,200 entry into the WCOOP Main Event which is set to become one of the biggest online poker tournaments in history with its $10 million guaranteed prize pool.

The short answer is yes. These unfortunate DDoS attacks occur infrequently. This is the first known attack in years at PokerStars and the attacks at Partypoker are also rare. The same can’t be said for Americas Cardroom, however, which has suffered numerous DDoS attacks the past few years.

ACR took a swipe at Partypoker following its DDoS attack.

US regulated poker sites are not exempt from DDoS attacks

It would appear that partypoker is now dealing with its own DDoS headache, as it posted just about two hours ago on Twitter https://t.co/2dV2UaqPdi pic.twitter.com/3CYTMEVlsS

That didn’t sit well with poker podcaster Joe Ingram, who doesn’t hide his disdain for ACR. In a recent YouTube video, he suggested that ACR CEO Phil Nagy may have been behind the PokerStars and Partypoker, although he stopped short of calling his accusations a fact.

Good, let’s see if I win some dollars in freerolls, hopefully partypoker and ACR do something similar.

yes , i received a ticket good for all 5 tournys,now i need to cash them