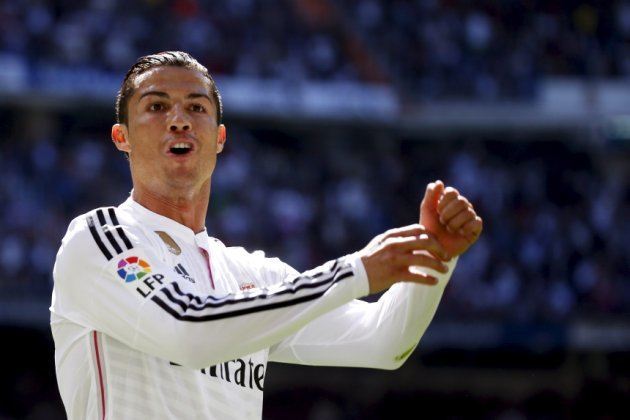 PokerStars has been picking up international sports stars lately in the same way many kids used to collect baseball cards, especially when it comes to soccer players. The online poker leader is now looking to capitalize on all of that star power by launching a major marketing campaign that will feature some of the world’s most famous soccer powerhouses.

In the new campaign, which is said to be the largest marketing effort ever by PokerStars, Cristiano Ronaldo and Neymar Jr will be featured in television ads that will be aired around the world. The ads, which are expected to hit airways on August 17, have already been previewed on the Facebook pages of the players involved.

“This is the biggest PokerStars marketing campaign in history and we are excited to launch with exclusive distribution on Facebook,” said Rational Group interim CEO Michael Hazel. “Both videos show how each of the stars love the game of poker in their own unique way.”

There’s no doubt that these two athletes have a global reach. Neymar is a hero in Brazil and has already built an incredibly successful career with Spanish soccer club FC Barcelona, which has earned him more than 53 million Facebook fans worldwide.

Ronaldo is an even bigger figure. One of the two biggest stars in soccer (along with Argentina’s Lionel Messi), the Portugal and Real Madrid superstar has a legitimate claim as the world’s most popular athlete, boasting an incredible 104 million fans on Facebook, the most of any public figure.

“The vast numbers of fans who engage with both stars make Facebook a great platform to reach a big audience,” Hazel said.

PokerStars plans to launch promotions that will run in conjunction with the ad campaign. The promotion, known as Dream Team Collection, will feature puzzles and challenges that feature Ronaldo and Neymar, and will award prizes to players and fans who participate.

PokerStars has also been busy in California, as the company has been one of the major forces lobbying for the regulation of online poker in the Golden State. On the latest stop, Liv Boeree, Chris Moneymaker, and Jason Somerville visited the Stones Gambling Hall in Citrus Heights on Sunday to play cards and raise awareness about the issue of Internet poker.

One of the major arguments in favor of online regulation is the fact that people are playing the games already, but on unregulated sites that offer little or no protection for players and their money.

“There’s no sort of jurisdiction that protects the players,” Somerville told the Sacramento Bee. “You have no guarantee that the game is fair, that you’re going to get paid, and the government gets no tax revenue.”

PokerStars isn’t the only company making moves in California. While the California racing industry may be fighting for a place at the online poker table, the world famous Churchill Downs (home of the Kentucky Derby) announced a partnership with two California gambling halls that would see the groups work together on an online poker site in the state should the legislature pass a bill to regulate the industry.

The move would see Churchill Downs working with Ocean’s 11 in North San Diego County and with the Crystal Casino & Hotel in Los Angeles. PokerStars has a similar partnership with the three major card rooms, as well as tribal groups including the Morongo Band of Mission Indians.

I love watching the soccer matches of both Real Madrid and Barcelona . they have had decades of tremendous teams full of talent . I hope Neymar and Ronaldo can communicate the excitement of poker as well .

these two are “cracks” in their own respective ways . this must be something big for poker stars revenue since they will attract alot of people wanting to meet them online, hoping they would !