PokerStars has backed out of three Asian markets, including China, according to an email sent to affected players. 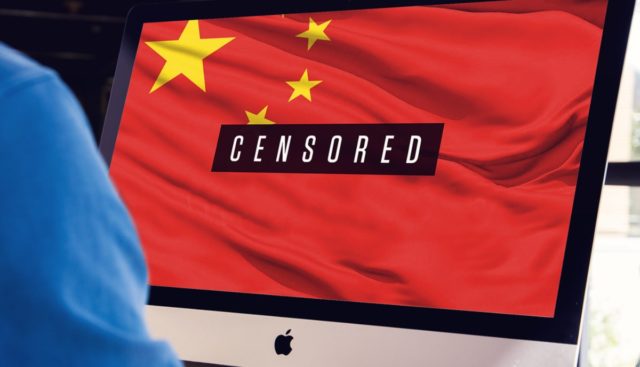 PokerStars exits China, Macau, and Taiwan to focus on doing what’s best for Flutter Entertainment as a whole. (Image: GeopByte)

Flutter Entertainment, PokerStars’ parent company, hasn’t made an official announcement on the move. However, the company recently stated that it’s reviewing group activities in grey markets.

In addition to leaving China, PokerStars has also ceased operations in Macau and Taiwan.

Evidence of the move appeared online this week. A screenshot posted on Monday states that PokerStars exited China, Macau, and Taiwan on Sept. 1.

The email correspondence also contained instructions on how affected players can withdraw their money.

“Please be informed that as of 1st of September we’ll be exiting China, Taiwan, and Macau. Please be advised of all available withdrawal methods: CFT, WebMoney, EcoPayz, MuchBetter, Skrill, and Neteller,” reads the email.

Other players have since confirmed they’ve received similar emails. Players have also reported a lack of Chinese opponents on PokerStars in recent days.

Neither PokerStars nor Flutter Entertainment has provided an official statement about the site’s status in the aforementioned countries. However, a statement in the company’s recent H1 report hinted that changes may be afoot.

“There were a small number of The Stars Group jurisdictions that Flutter had previously determined it would not operate in and in such cases, we have now switched these markets off,” the report states.

A spokesperson for Flutter has since added that the recent merger prompted a complete review of all business interests and their impact on the group as a whole.

“We have been reviewing the compliance standards and market exposures of the combined group. We have identified areas where improvements need to be made,” the spokesperson said in a press comment.

Although the statement stops short of naming China, Macau, and Taiwan, it supports the evidence posted by players. It also ties in with the unclear legal status of online poker in China.

Gambling is largely illegal in China, except for a few select areas. As such, there are no laws governing online poker. However, operators have been able to serve residents by virtue of being offshore entities. In industry-specific terms, China is a grey market.

Poker sites exiting countries without a formal regulatory framework is par for the course. Partypoker left a number of grey markets, including Japan, Australia, and Italy (where it subsequently obtained a license), after it was acquired by GVC Holdings.

PokerStars is following the same pattern. The merger with Flutter Entertainment made the largest online gaming company in the world. With plans to increase its presence in fledging markets, such as the US, any regulatory irregularities could impede its progress.

By exiting three Asian markets, PokerStars has the potential to grow in other regions without regulators taking umbrage to its activities in grey markets. The move may also allow GGPoker to further its own position.

The GGNetwork launched in 2014, but it’s already become the third-largest in the world. Much of its early success came from its base in Asia. It’s since moved into other regions under the wing of its flagship site, GGPoker.

However, it remains a presence in its native Asia and, throughout the WSOP Online Championship, a number of Chinese players picked up bracelets. With PokerStars out of the picture, GGPoker and, therefore, the GGNetwork, could see a spike in activity.