PokerStars players using new Mac desktop computers in New Jersey and Pennsylvania are receiving the same dreaded apology when logging on: “Sorry, we have been unable to confirm your current location.”

But it’s not PokerStars‘ fault. 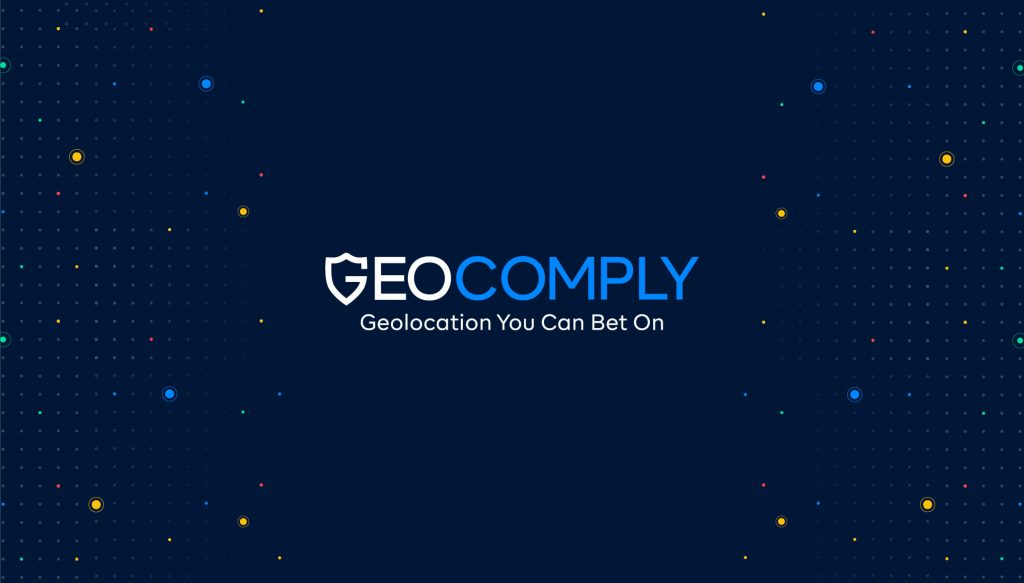 GeoComply is the digital doorman for most online poker rooms. (Image: geocomply.com)

GeoComply, the digital bouncer tasked with ensuring only players within a state’s borders have access to just about all online casino operations in the US, can’t geolocate PokerStars players using Macs with the new M1 chip running the big Big Sur operating system.

Those computers are the 13-inch MacBook Pro, MacBook Air, 24-inch iMac, Mac mini, and the newest iPad Pro. Even though these machines have been in the wild since November 2020, the problem only cropped up the last few weeks.  Fox Bet sportsbook players in Colorado are also experiencing the error, just in time for football season. Players in Michigan aren’t affected.

A fix is far off

GeoComply warned that fixing the geolocation glitch isn’t going to be quick. “Our team is currently working on the newest release with the compatibility fix for M1 chip Mac devices. The release is expected during the next several months,” was all the company would reveal.

GeoComply does 100% of the geolocation compliance and verification for many states — including Pennsylvania and New Jersey— that allow online poker and gambling, according to its founder and CEO Anna Sainsbury. WSOP.com, which is powered by 888 Holdings, and BetMGM and Borgata, which are both running on Partypoker, are unaffected by the error. Like all of the other online casinos in Pennsylvania, they use GeoComply.

A GeoComply representative said the issue lies with Apple’s new proprietary M1 chip. Designed in-house, the chip replaces the Intel processors that ran Apple’s machines since 2006. Although GeoComply says this error wasn’t caused by a PokerStars software update, a technician suggested affected users should try using Apple’s Time Machine backup program to restore their system to a date before the problem started.

The need to ensure pokers players and gamblers are within a state’s borders is an obsession that would borderline on comical if the means were not so invasive.  In Pennsylvania, the law requires GeoComply to geolocate players to where they are sitting or standing because players aren’t allowed to use gambling or poker apps while inside brick-and-mortar casinos.

Players walking up to a casino with their favorite poker app running can watch GeoComply boot them in real-time.

Using New Jersey as an example, Sainsbury testified to Pennsylvania Reps just how precise and exact her company can be when it comes to pin-pointing people. She showed off an analytics tool used by New Jersey’s Division of Gaming Enforcement (DGE). 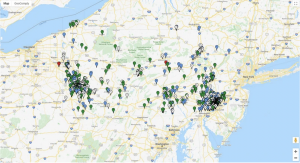 GeoComply showing off its ability to locate players in Pennsylvania and New Jersey (Image: geocomply.com)

In live time, she zoomed in on red and green dots located on a map of New Jersey. The green dots represented Android users, white dots, iOS devices, and blue dots, PCs and Macs.

The red dots were “users that didn’t meet the geolocation requirements, set out, so they could be users that are using proxies, VPNs, remote desktop software, bots, or any other type of virtual system that could allow a user to mask their location or hide who they are online,” she said.

Sainsbury then zoomed to the state border near Philadelphia, and the representatives watched as green-dot players stayed in Jersey and out of Pennsylvania. “So we launched this in New Jersey in November of 2013 and have effectively been protecting the borders of Philadelphia since that date,” she said.

Besides borders, GeoComply can be used to stop access to gambling sites within a specific building — and even in rooms within that building. GeoComply can even watch a player take an elevator to a hotel lobby, watch them get into a vehicle, and then stop them from playing poker as they cross the Walt Whitman Bridge.

The eyes in our pockets

GeoComply relies on the access gamblers and poker players give grant them. If you want to play poker online, you have to agree to let GeoComply see everything going on inside your phone or computer.

“In addition, we collect all other information on their device so we can see if they’re spoofing their location. We know what device type the user is on, how close they are to the border, how often we need to relocate them so if they were traveling in a car and about to cross a bridge to go into Philadelphia at the moment, we would be able to stop them before they actually crossed the bridge,” Sainsbury explained.


Delving into more of the specifics, Sainsbury said GeoComply collects “all of the running processes” on a player’s device in an effort to stop spoofing through technologies like VPNs. “So if I was a sophisticated hacker, I might want to retitle my VPN or fake location software to appear to be less threatening, like Anna’s Learning System, or whatever it might be. So we would still be able to actually see software that was being masked. If it could be used for spoofing geolocation, we’d still be able to detect it.”

Still, GeoComply has had its problems, particularly last October when a system outage ruined the night for many online poker players in New Jersey and Pennsylvania. Around 10 p.m. on Oct. 22, an “unexpected network communications error” took GeoComply offline for about an hour, raising the blood pressure of the many players with chips in tournaments to new heights.

Are you experiencing geolocation issues? Tell us in the comments section.