After a one-year hiatus, the Latin American Poker Tour was slated to return in March with the LAPT Chile. However, a month out, PokerStars has canceled the stop. In doing so, the once beloved poker site and live tournament sponsor has again incurred the wrath of players, and left in doubt the future of the tour. 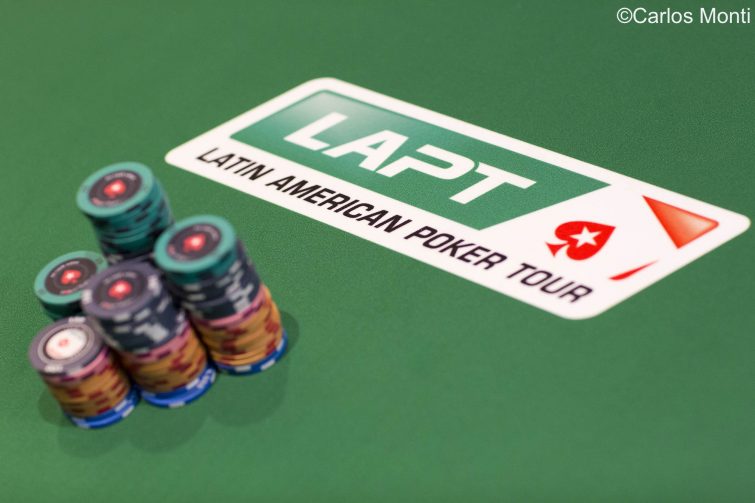 PokerStars continues to make controversial decisions to the dismay of longtime site loyalists, this time cancelling the LAPT Chile just a month before the festival was set to begin. (Image: Carlos Monti/Carlos Monti)

Cancellation rumors began circulating when satellites for the LAPT Chile disappeared from the PokerStars client. Not long after, information was taken down from the LAPT Chile web page.

The LAPT site still exists, but shows only the two events that ran in 2016 under the PokerStars banner — LAPT Bahamas (since re-rebranded as the PCA) and the last LAPT Chile. The PokerStars Live site, meanwhile, still promises the LAPT is “Returning in 2018!” but has no events listed for this year.

“I’ve already bought all ticket for me and my whole family,” wrote poster mtaigo. “This is ridiculous … Nice way to get back to the old tours.”

Others seemed to agree.

“They really do seem to have lost the plot,” said PeteBlow. “The UKIPT was a really popular tour and they ditched that too. Last week’s London Festival showed that the demand is still there. Grosvenor and Party are making them look silly.”Poster “Adjusted” didn’t hold back:

“PokerStars is starting to implode. They chased away their most loyal grinders by treating them like 6 year-olds … The high rollers aren’t playing at Stars any more. They’ve let most of their pros go. The bean counters are in charge now. It’s not a poker site any more. I have no sympathy. Let it burn.”

The LAPT Chile was a favorite stop among poker players, and while it’s a no go in 2018, Casino Poker Enjoy, the host venue, is attempting to fill the gap by offering the Master Viña del Mar EPS festival, which will host 16 events from March 7-11. That includes a CL $90 million ($150K) GTD Main Event.

PokerStars, which recently experienced a huge online overlay, confirmed the rumors by posting an official press release on its Spanish blog, though they didn’t mention a clear reason for the cancellation.

“As we continue to review the possibilities of the Latin American region, the dates and the general proposal of PokerStars live events, we have decided to cancel the Latin American Poker Tour (LAPT) Chile,” the translated post states.

“We want to continue producing events that players can love and that can facilitate access to all participants in the region. To do this, we are perfecting our plans for PokerStars live sponsored events with the goal of presenting a richer, more exciting and solid event offer.”

The post also thanks Enjoy Viña del Mar Casino & Resort for seven years of association, suggesting that the relationship has come to an end. It also revealed that PokerStars qualifiers already had money returned to their accounts, while the casino would be responsible for those who may have qualified locally.

The post wraps up by simply stating: “We will continue to keep you informed about PokerStars Live 2018 calendar and event updates.”

It’s a shame that tournaments like this one were suspended from noce to morning and even worse that there were already players who had everything arranged for the trip or who had won some place in some satellite. The truth that pokerstars is showing that poker is not as important to them as the casino. I think that if this were the case, poker in this room would become secondary, although it would be good to know the exact reasons why I canceled the tournament. Hopefully and another room could acer front strongly.

Elky leaving, missed, SUN mil overlay and now this. So much negative press for PS one right after the other. It’s still not too late for them to turn things around.