Puerto Rico is slowly moving to restore basic services like electricity and cell phones after Hurricane Maria. Nearly all of the more than 20 casinos on the island territory that’s home to nearly 3.5 million US citizens remain closed in these early stages of recovery. It will be awhile before poker in Puerto Rico is even back on the radar. 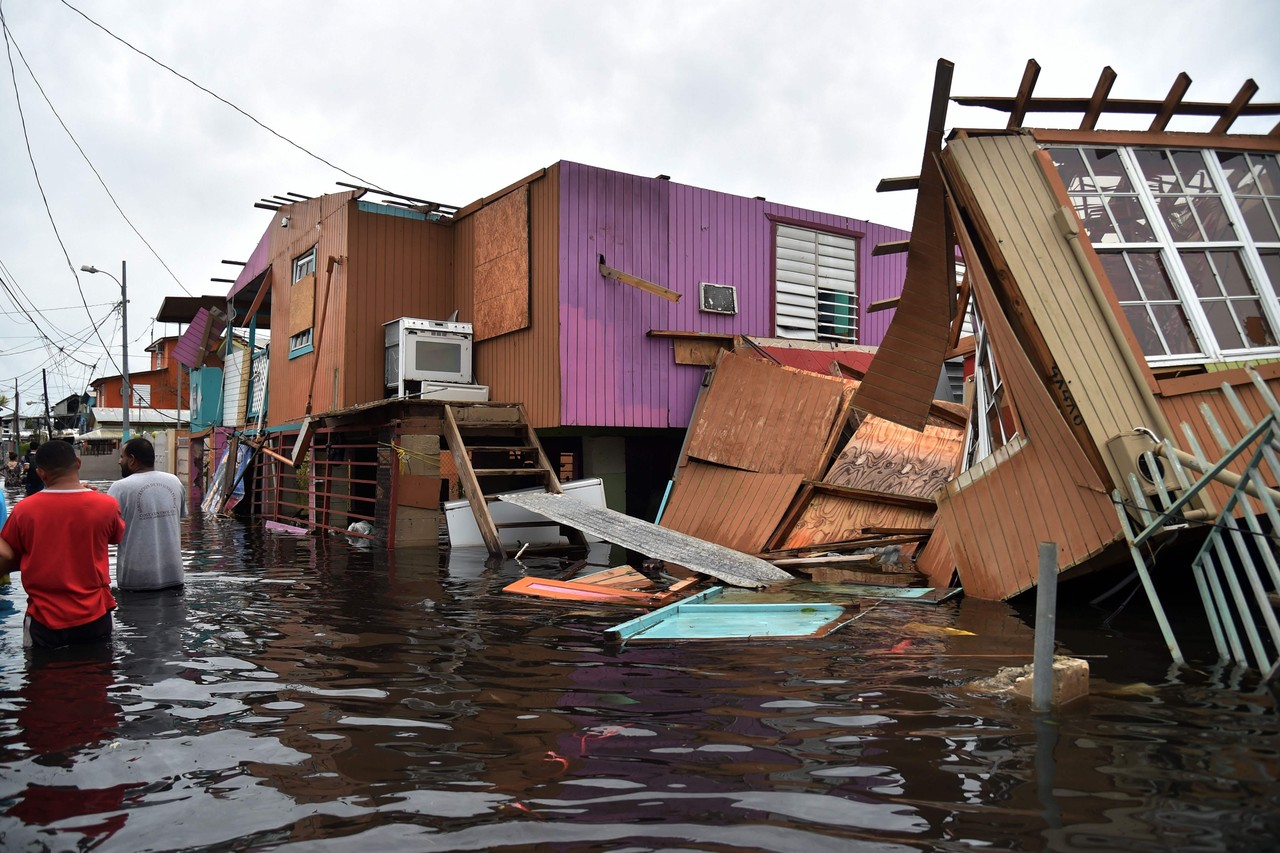 Puerto Rico was left in ruins after Hurricane Maria made landfall last Wednesday, with many of the island’s casinos among the properties to suffer major damage. (Image: Getty Images)

Most of the island was without running water and electricity as of Monday, as government officials called for help averting a humanitarian crisis.

Authorities have said restoring power may take weeks or even months, in part because the territory’s infrastructure and power grid had fallen into disrepair in recent years as the island wrestled with a $73 billion debt crisis. The state power company was among several broke agencies within the government, and residents had already started getting used to regular blackouts.

Some hotels and casino resorts have been able to operate with back up generators, providing some comfort to guests who were trapped and unable to go home.

A limited number of planes started to leave the island on Saturday, though airport operations have been drastically reduced and focused on handling emergency needs.

One area that saw serious damage was Condado, a tourist district in the capital city of San Juan that’s home to many casinos and poker rooms. Resorts such as the Embassy Suites and Plaza Hilton were posting on their website they were not taking reservations at least until September 30.

The San Juan Marriott posted on Facebook that it would not be taking any new reservations for the foreseeable future, and provided an 800 number for people seeking more information. The Marriott Courtyard Aguadilla also posted on its website that it was closed.

The Puerto Rico Tourism Company, the government owned corporation in charge of tourism regulations and enforcement, ordered casinos to close before Hurricane Maria hit. With the ability to get information out of Puerto Rico still limited, it’s not clear what they have since told casinos about re-opening.

The PRTC website, PRtourism.com, has been down all weekend and through Monday, with a maintenance placeholder on its home page

One sector of Puerto Rico tourism that took a particularly huge hit has been the cruise ship industry. The San Juan Cruise Port has four docks and hosts an estimated 500 ships and 2 million passengers a year.

Boats slated to stop in San Juan currently are being rerouted to other Caribbean destinations. Among the cruises with revised itineraries is a World Poker Tour event aboard a Royal Caribbean ship. That cruise left Port Canaveral on Florida’s central coast on Saturday, and was scheduled to stop in St. Maarten on Wednesday and Puerto Rico on Thursday.

But with those two islands hit hard by Hurricanes Maria and Irma, Royal Caribbean has rerouted instead to Cozumel on Mexico’s Yucatan Peninsula. The event is WPT’s sixth annual poker cruise, featuring multiple tournaments and cash games, and opportunities for poker players to mingle with Vince Van Patten, Tony Dunst, Lynn Gilmartin, and other WPT personalities.

I must be missing something … Puerto Rico was 73 billion $$ in debt before the hurricane, their infrastructure in serious disrepair, 500 cruise ships/2 million passengers a year … and the island operates 20 casinos. Most of the population lives in poverty.

Aren’t there too many things wrong with this picture?

> Aren’t there too many things wrong with this picture?

Just the math. Two million passengers. Say they each spend an amazing $1000 there and that gets taxed at 100%. That’s $2 Billion per year. Assuming 0% interest and no other costs, they should have that debt paid off in 37 years.

Hope to see you at the poker table sometime.

… just sayin’ … billions in debt, 20 casinos, abundant poverty, 6 drug manufacturers operate plants in Puerto Rico .. are we supposed to feel some obligation to feed even more into their corruption and mismanagement lifestyle ??