The $25K PokerGo Tour Heads-Up Showdown begins Thursday, bringing 32 players together to face off for some head-to-head mental combat and the $400K top prize. 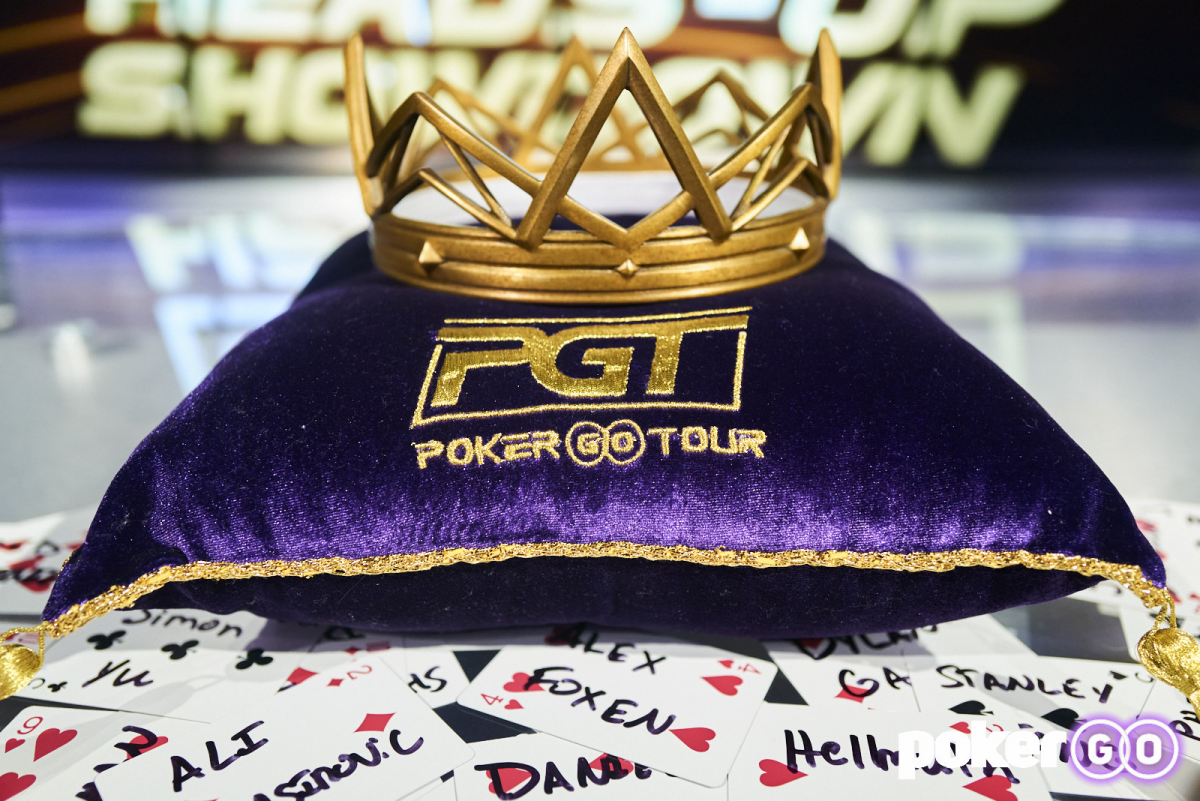 The winner of the PGT Heads-Up Showdown will be crowned on Saturday. (Image: PokerGo)

The field of 32 will play down to 16 starting at 12 p.m. PST today. The remaining players will return to the Aria in Las Vegas on Friday to be halved again. The last four players will play to a winner on Saturday.

All of the action will be streamed live on PokerGo, which requires a subscription. Clips will be aired for free on its YouTube channel during the competition.

This is the first PokerGo Tour (PGT) heads-up event and features some of the game’s biggest names competing for bragging rights — and cash — in the single-elimination tournament with entrants spread across four separate brackets: Spades, Clubs, Hearts, and Diamonds.

The Spades bracket matchups are Sam Soverel versus Sean Winter, Alex Foxen versus Simon Yu, Shannon Shorr versus Shaun Deeb, and Justin Young versus Richie Sklar. The winner of that bracket will play the winner of the Clubs bracket for a spot in the final.

The matchups for the Clubs bracket are Jared Bleznick versus Daniel Negreanu, Tamon Nakamura versus Stanley Tang, Dylan Gang versus Erik Seidel, and Darren Elias versus Landon Tice. 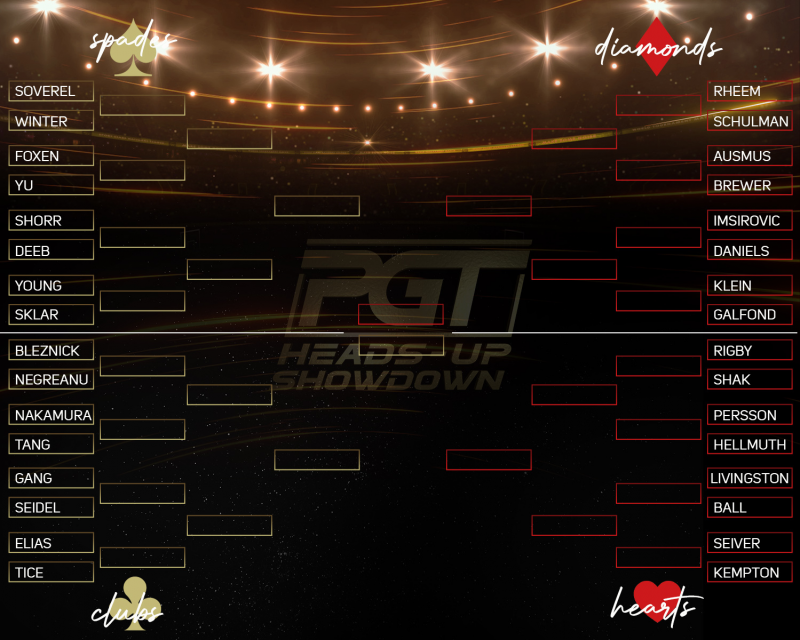 The eventual winner from this side will face the winner of the Diamonds and Hearts for the $400K grand prize.

The top four finishers in the event make the money, with the winner taking home $400K, the runner-up cashing for $200K, and the third and fourth place finishers taking home $100K each.

The top 16 players on the PokerGo leaderboard were invited to play in the Showdown. The rest of the players were invited.

“Heads-up No-Limit Hold’em is arguably the purest form of poker – it’s poker’s version of hand-to-hand combat – and we cannot wait to crown a truly deserving champion in the first PGT Heads-Up Showdown,” Mori Eskandani, President of PokerGO, said in a news release.

To play the bracket challenge, visit officepoolstop.com, make a free account, and then jump into the private league using 40849 as the League ID and Showdown22 as the password.