Ethan Yau (“RampageP”), a low-stakes poker vlogger, shipped a WSOP bracelet last night. And he did so while some of his 20,700 followers watched the action live. 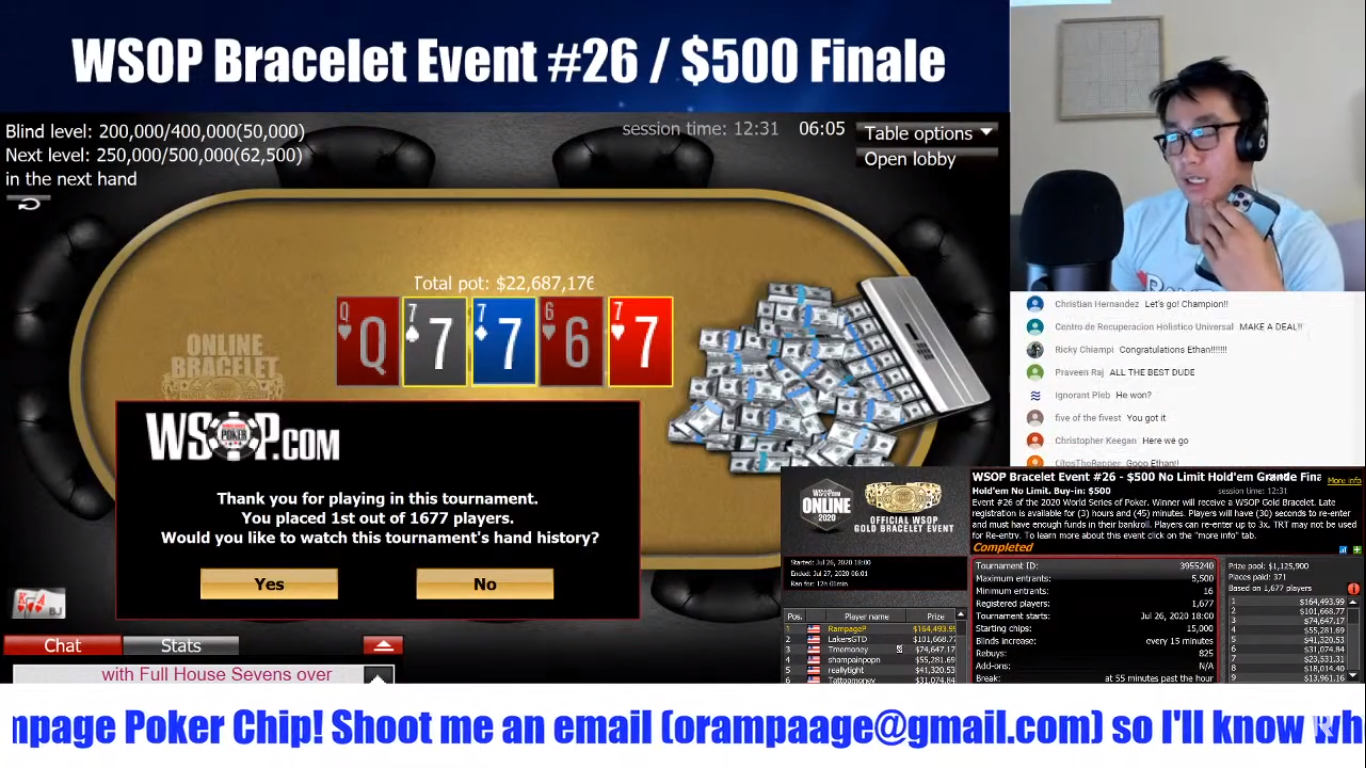 Yau claimed the largest chunk of that prize pool out of the 371 players who cashed. Daniel Negreanu, who ruffled some feathers on Saturday for a physical threat he made during his own live-stream, was among the players in the money. He finished in 92nd place for $1,576, which alone, isn’t much to discuss. But it was his seventh consecutive cash in the series, and his 15th overall, which tops the charts. CardsChat ambassador Ryan Laplante is in second place with 14 cashes.

Yau is a poker vlogger who identifies as a “losing” $1-$3 No-Limit Hold’em cash game player. On Sunday, he streamed his WSOP Online Bracelet Series action live on his YouTube channel. And his followers were treated to quite a pleasant ending.

Yau is now the second popular poker vlogger to ship a WSOP online bracelet this summer. Ryan Depaulo (“joeyisamush”) took down the $500 Big 500 for $159,000 earlier this month. He didn’t live-stream his action, but he did win it from his car outside a Whole Foods grocery store in New Jersey.

The board ran out Q-7-7-6-7, ending the tournament and giving Yau his first World Series of Poker gold bracelet.

“Let’s gooooo!” he shouted as he raised his arms in the air and sat in his chair with a shocked expression on his face.