Those who ply their trade in the world of high-stakes poker already know that the game’s top players are some of the best decision makers in the world. And now, global economic elites are finding that fact out for themselves at the World Economic Forum in Davos, Switzerland. 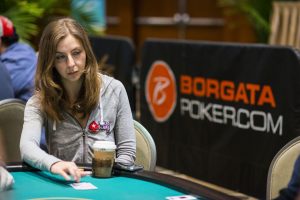 Maria Konnikova, an author and psychology expert turned professional poker player, took her turn speaking among business giants like Bill Gates and German Chancellor Angela Merkel at the Davos Summit, an event that bills itself as “the foremost creative force for engaging the world’s top leaders.”

The Russian-American is perhaps best known for winning more than $200,000 at the poker tables while conducting “research” on the game for a book, a game she knew next to nothing about when she set out.

It’s not the first time that a poker professional has dispensed wisdom to an international audience. Fellow pro Liv Boeree gave a pair of TED Talks in 2018, but presenting in front of the world’s most important business leaders is uncharted territory for someone the poker world.

Given the chance to convey any message to the world’s most important business leaders, what did Konnikova choose to focus on? Optimism, and in particular, how it can act as an impediment to optimal decision making.

She provided her own research showing that the most confident and self-assured people tended to do worse in a stock market game she had conducted as part of her study.

“People are less good at properly assessing themselves,” she said. “If you want to be a good strategic decision maker, ‘poor me’ can’t be in your vocabulary. There’s only room for an objective decision process.”

That ‘optimism bias,’ or the unshaken belief that one’s own strategies are bulletproof, often means that people are far from objective in judging their own strengths and weaknesses. That can lead to huge leaks in their “game,” whether it be business or poker.

To those hoping to make better business decisions, Konnikova suggests focusing on self knowledge, digging deeper than simply asking “what do I believe?”

“Why do I believe it? What do I want to believe? Who do I trust? What makes me tick?”

The Power of Nice

Konnikova revealed another key finding of her research that may be of particular interest to poker players.

If you want to gain an advantage that’s not being leverage by the majority of other players, simply be nice.

“If someone decides to a few percent less often to take a less aggressive line against me … then I win,” Konnikova noted.

Food for thought for any player who usually shows up to the poker tables wearing a hoodie and a scowl.

I agree, if you really only profit oriented player, then we should be oriented on profitable actions at all.
Don’t know how it links to online poker, but for sure slowroll there should be excluded. Actually it can be -EV in many spots.

A nice approach from Maria. This article referencing the ideas of Maria really suit many things in life…. and its great how poker can be used as an analogy of life in many situations.

It’s reassuring that Maria is a psychology expert and uses her expertise and knowledge to impart her opinions in such forum. We can only hope that those fortunate enough to hear her speak actually take note of what she is imparting to them.

It is very true that decision making in business and in poker is vital to success. Having blind faith is one thing, but being able to justify and rationalise your decision making makes for more profitable moves.

I particularly love the bit about being NICE. Be NICE and others armoire likely to …well, not be nice to you, but more likely to be less aggressive towards you! Not sure that always works in the sphere of bullies, but give it a go….on the whole it just might work.