Best and Worst Life Hands Dealt to Poker Players in 2018

The role of luck in poker means that players are always facing ups and downs, as a few good flips can be the difference between winning a major tournament and busting before the money. Just like everyone else, though, poker players also have their fair share of highs and lows away from the felt. 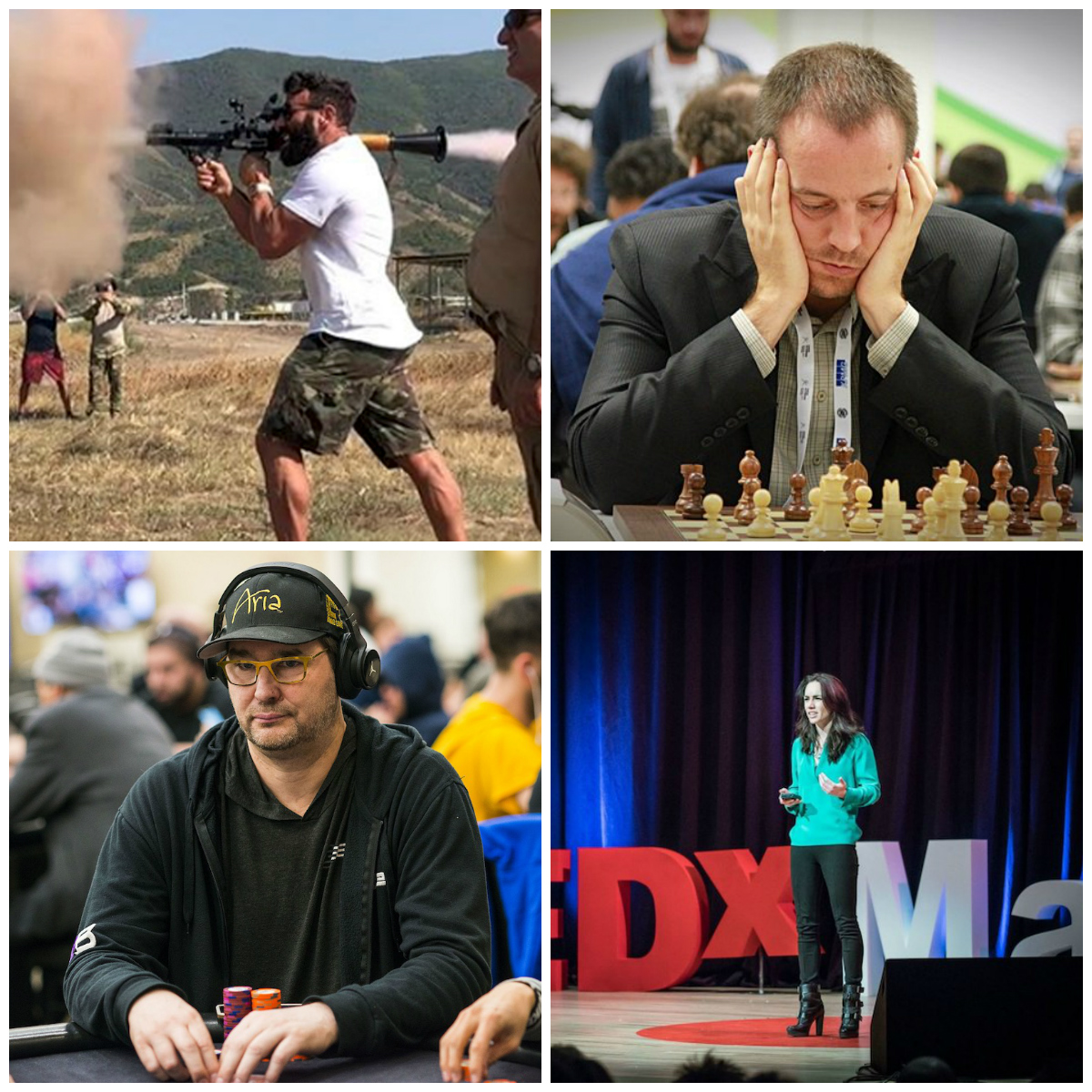 Poker players faced a variety of good and bad fortune away from the felt during 2018. (Images: Dan Bilzerian/Instagram, PokerTube, World Poker Tour, PokerStars)

Just like in our favorite game, sometimes players can’t help the cards they’ve been dealt, and other times, people play a major role in shaping their own destinies. Here’s a look back at some poker players who were dealt life hands that ranged from pocket aces to deuce-seven off-suit over the course of 2018.

Dan Bilzerian is no stranger to creating headlines by pulling outrageous stunts. But none of his previous shenanigans had nearly the impact of his trip to Armenia, where he was granted citizenship thanks to the Armenian heritage of his father.

As is his nature, Bilzerian made sure to fire off some heavy weapons while he was on his trip. The only problem: his shooting spree took place in a disputed territory that is internationally recognized as being part of Azerbaijan. As a result, the Azerbaijani government filed criminal charges against Bilzerian.

For once, though, Bilzerian might be right in saying that this incident is more about politics than anything he did wrong: Armenia and Azerbaijan don’t have diplomatic relations, and officials may well have specifically charged Bilzerian just to get the headlines that were certain to come from the incident.

In March, Spanish professional chess player Francisco Vallejo Pons made waves in the poker world after sharing that he was facing a €500,000 tax bill from his home country for supposed poker winnings – despite the fact that he was never a winning player. However, when he played back in 2011, Spanish law did not allow for losses to be offset against wins, meaning he could legally be taxed on every winning session he had, even if he was essentially a breakeven player.

That story didn’t stop with Vallejo Pons, or even within the borders of Spain. Over the summer, reports came in about players being tracked down in other European nations and receiving letters saying they still owed money to Spanish tax authorities, suggesting that the country isn’t planning on giving up on collecting every cent it feels it is owed by poker players.

Great players can find potential in even the worst hands, and that’s exactly what Phil Hellmuth did in May, when he told the poker world that he has a heart condition known at atrial fibrillation (or AFib). Hellmuth took the news in stride, moving past it quickly on Twitter by saying it was “just a lil AFIB.”

Some of his fellow pros were somewhat more concerned, with Linda Johnson reminding Hellmuth that AFib can become a problem if it isn’t taken seriously. But the Poker Brat didn’t let the condition impact his poker schedule or other activities like golf, and at least for now, he seems to be in good health.

There may have been few high-profile off-the-felt wins for poker players this year, but one pro who made waves in the world at large was Liv Boeree. The English professional gave a TEDx Talk in Manchester this March on how poker players rationalize the world through thinking in terms of probability. She followed that up in April with a lecture at a TED2018 event in Vancouver, where she shared more about her decision-making process.

Those appearances have established the highly intelligent Boeree as one of the leading intellectual ambassadors in the poker community, someone who can help show mainstream audiences that poker isn’t just a game of luck for degenerate gamblers – it’s a useful tool for developing skills that can help us better live our lives and understand the world around us.

very interesting this news, there we see that not only us hands the worst poker hands, so we have consolation of these poker professionals with their worst hands but have a life as one, and it is good to also read part of their lives you publish so we see that we are professional, we will always pass the same things on a poker table ..

A great article. It’s always interesting to see how the poker greats (and not so greats) live their lives both on and off the felts. These stories just go to show how you need to look after yourself when playing poker. Simply sitting down for hours on end playing is not good for you and you need to exercise your mind away from the felts to keep match fit.

Phil Helmuth has made us all aware of his health condition and players can now be aware of helping him keep healthy by slamming the pressure on.

As for bazooka busting blizerian, always check where you are letting off a load before you do so…… as you never know quite what problems you may be creating.

As for the lovely Liv, well, mind over matter is always a great approach and her talks are a great way of exercising the mind…… even when you drift off just sitting and staring at her gorgeousness while listening to her passion for her subjects.