The Poker Players Championship will be the big focus today, as it heads towards a winner with David Baker holding the lead at start of day. But that’s far from all that’s going on Thursday at World Series of Poker 2015.

WSOP will actually see several final tables play out today, but most of them may be overshadowed by one of the summer’s biggest events. The Poker Players Championship (PPC) is down to just six players, which means that someone will earn the right to put their name on the Chip Reese Trophy. 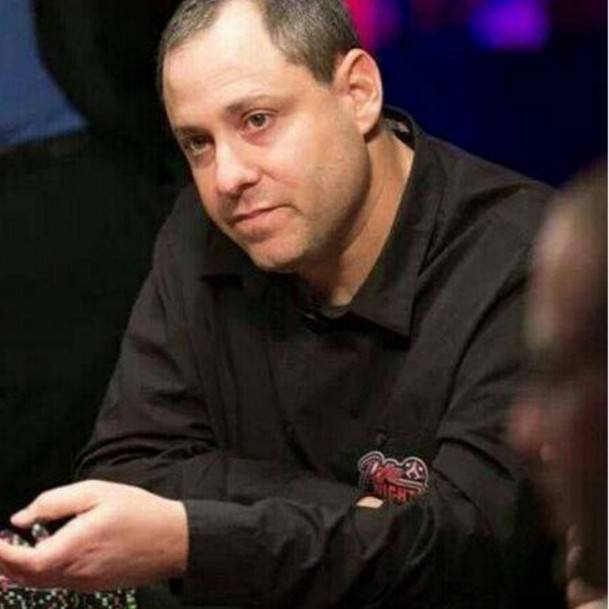 David “ODB” Baker leads the way in the final six of the Poker Players Championship on Thursday. PPC will play down to a winner today. (Image: Twitter)

Heading into the final day of the PPC, David Baker (that’s “ODB”) has the inside track to the bracelet, as he’ll head into the final table of six players with the chip lead. He has a stack of more than 3.2 million chips, or more than 600,000 more than his closest rival, Mike Gorodinsky.

But nobody in the tournament is extremely short stacked, as everyone has over one million heading into the final day. Rounding out the final table (in order of chips) are Jean-Robert Bellande, Chris Klodnicki, Ben Sulsky, and Dan Kelly.

Just missing out on the final table was Jason Mercier, who would have been looking for his second title this year. Mercier was eliminated by Bellande in a Badugi hand, and won $139,265 for his seventh-place finish.

The PPC final table will play out at 2 pm Pacific Time Thursday afternoon. The eventual winner will take home not only a bracelet and the Chip Reese Trophy, but also a rather nice $1,270,086 prize.

Could Phil Hellmuth strike again at the 2015 WSOP? He’s certainly in the mix in the $2,500 No Limit Hold’em event, where he has one of the largest stacks after two days of play. 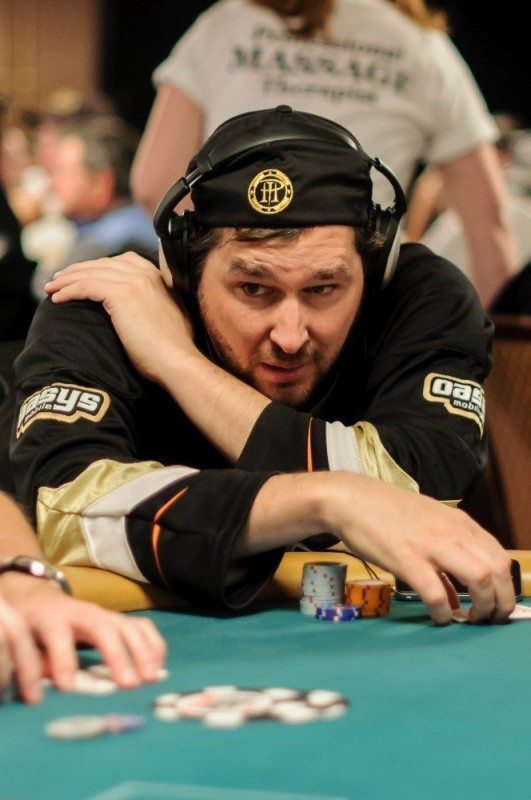 Phil Hellmuth is pushing for his 15th WSOP bracelet, as he has a big stack going into Thursday in the $2,500 No Limit Hold’em event. (Image: pokerplayersbase.com)

At the moment, the chip lead belongs to Israel’s Timur Margolin, with 41 players still remaining in the tournament. But Hellmuth is sitting in a very comfortable seventh position, giving him a real shot at making a final table run.

The Poker Brat isn’t the only notable remaining in this field, either. Among others in contention are Barry Shulman and Carlos Mortensen, both of whom are ranked inside the top 20 of the chip standings.

Just two players remain in the $1,500 No Limit Hold’em event that began on Monday, as Upeshka Desilva and Dara O’Kearney will have to come back on Thursday to finish up their heads-up session. Desilva will enter the final session with about a 5-1 chip lead over O’Kearney.

The players will come back for the remainder of their heads-up battle at 1 pm PT. Regardless of who wins the tournament, it will mark a first WSOP bracelet win, as well as the largest career cash, for either one at the WSOP.

The $1,500 Seven Card Stud event didn’t quite play down to a final table on Wednesday, but there are just eight players still alive heading into what should be the final day of play on Thursday. Leading the way is Eli Elezra, who is looking to win his third career WSOP bracelet.

But Elezra may not even be the biggest name left in the tournament. Allen Cunningham is currently sitting in fourth place, and the five-time bracelet winner will be gunning for his first win at the WSOP since 2007.

Another tournament that came up just short of finishing on Wednesday was the $3,000 Pot Limit Omaha Six-Handed event. By the time play stopped, Nipun Java had secured the chip lead with four competitors remaining in contention.

Java has over 3.2 million in chips, just ahead of Andreas Freund, who has 2.9 million. All four players are looking for their first gold bracelets, while Freund is making his first-time cash at the WSOP.

The $1,500 Pot Limit Omaha Hi/Lo began on Wednesday and drew an impressive field, as 815 players came out to try their luck. The early chip lead belongs to Bryce Yockey, while Scott Clements, Chris Bjorin, and Erik Seidel are a few of the notables who have healthy stacks going into Day 2.

A smaller but star-packed field of 117 came out for the $10,000 Limit Hold’em Championship tournament. That was enough to generate a prize pool of nearly $1.1 million, $291,456 of which will go to the winner.

The early chip leader is Tegor Tsurikov, though at this early stage, many players have similar chip stacks heading into Day 2. Among the survivors who will come back on Thursday with plenty of chips are Anthony Zinno, Sorel Mizzi, Eric Wasserson, and Daniel Idema.

Thursday promises to be yet another day that’s filled with bracelet ceremonies, as several events are nearing their conclusions. Of course, none of these will be bigger than the Poker Players Championship, but hopefully that won’t entirely overshadow the winners of the $1,500 Seven Card Stud and No Limit Hold’em tournaments, or the $3,000 PLO Six-Handed event, all of which will certainly end today.

As usual, there will also be two new events hitting the schedule on Thursday. At noon PT, play will begin in the $3,000 No Limit Hold’em Six Handed tournament, one that should have plenty of buzz and a good mix of professionals and recreational players.

Then at 4 pm, the $1,500 Dealers Choice tournament will begin. This might be the more entertaining event of the summer for players, and the most testing for dealers, as each round, players will have the option of choosing from one of 19 different games on offer. This includes several that aren’t normally available at the WSOP, including “Big O” (also known as Five-Card Omaha), Badugi, and its variants Baducy and Badacy.

Baker is such a boss!