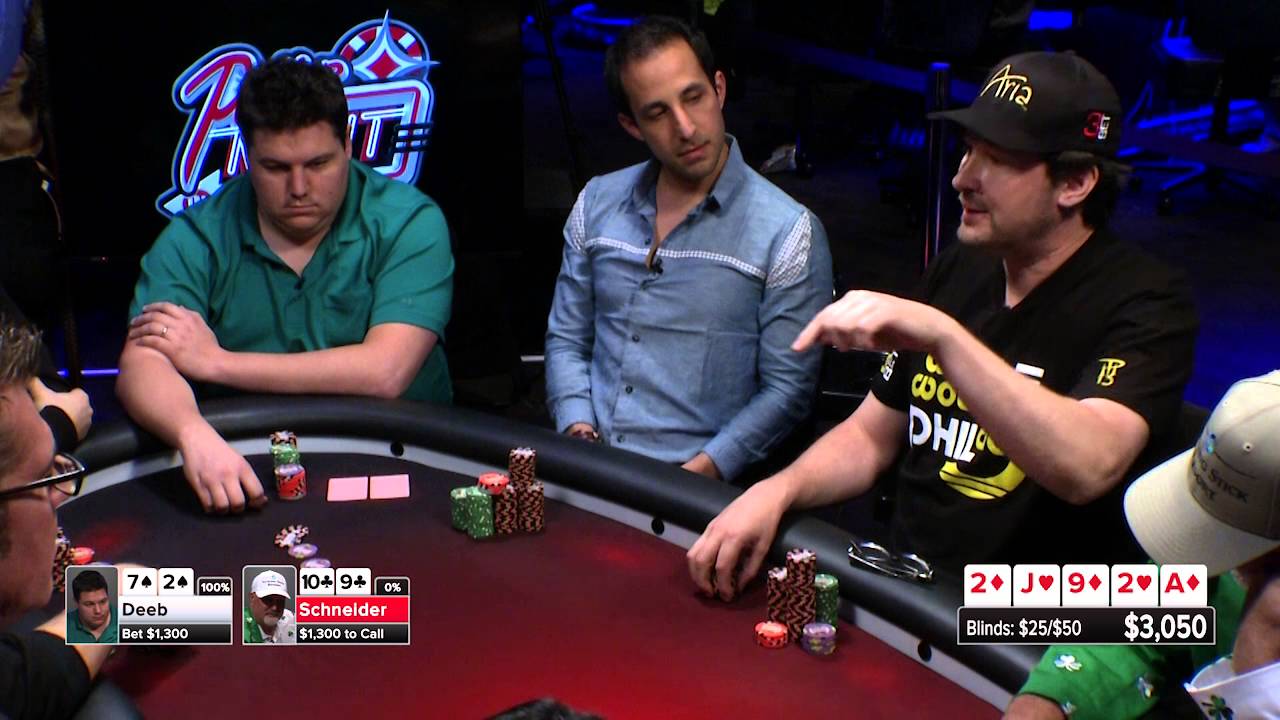 “The viewers will be able to see and hear everything that’s happening, just as if they are another player sitting at the table,” he said.

Comedian and long-time commentator of the PokerStars “Big Game” cash game show Joe Stapleton will host Poker Night LIVE. Rush Street announced he will step out of the booth and onto the felt at least for one episode.

A full list of celebrities scheduled to appear on the show hasn’t been released, but we do know that Phil Hellmuth, a frequent participant on Poker Night in America, will bring his “white magic” to the table on the first episode.

The debut season of Poker Night LIVE will air at 7 pm PT Tuesdays on the CBS Sports Network, a growing sports cable channel that has improved its content in recent months with the addition of programs such as the Jim Rome Show, arguably the most popular sports talk radio show in history.

All 13 scheduled episodes of Season One will take place at the Gardens Casino in Los Angeles.

What it Means for Poker

Poker Night LIVE is the first show of its kind on cable since the Celebrity Poker Showdown, a celebrity-based poker show on Bravo hosted by former Full Tilt Poker pro Phil Gordon and comedian Dave Foley, was cancelled in 2006.

Celebrity Poker Showdown had the same fun and relaxed atmosphere Anderson envisions with his new show. Famous actors and athletes, such as Kevin Pollak and Dennis Rodman, competed in a sit-and-go format in front of a live studio audience.

Poker Night LIVE will be similar in some ways to Celebrity Poker Showdown, mostly a table full of famous people having a good time playing cards, but the upcoming show will feature cash game poker instead of a sit-and-go format.

The specific stakes haven’t yet been announced but, according to a press release, will be lower than regular PNIA games ($25/$50 is the most common game played) so that the “stars can just have fun and let loose, with no worry about making mistakes.”

Anderson said on Twitter he wanted to produce this type of show “five years ago,” but wasn’t ready at the time.

will it be available in uk or online anywhere?

We will wait for this new Live, I hope to see many familiar faces and Professional players joining there.