A poker brat, WSOP Main Event champ, comedian, and some Hollywood celebrities all walk into a bar … ok, kidding aside, they’re really going to be walking into the Gardens Casino in Los Angeles, where they are part of the lineup to appear on “Poker Night Live,” a new mid-stakes cash game show that debuts today, Tuesday, at 7 pm PT on CBS Sports Network. 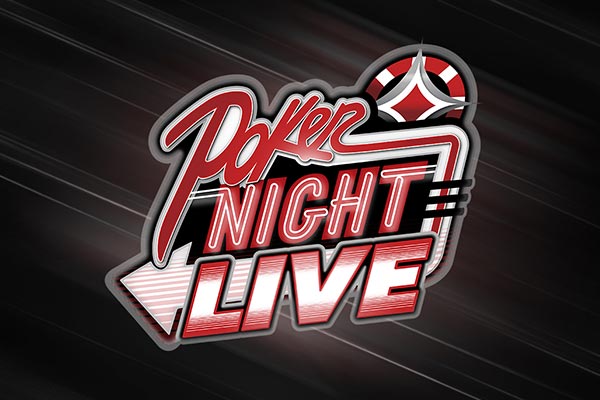 The new show is the latest creation from the makers of “Poker Night in America.” It will be a live show on cable with a table full of stars — including WSOP Main Event champs Phil Hellmuth and Scott Blumstein, actors Jason Alexander and Kevin Pollak, actress Shelli Azoff, and poker commentator/comedian Joe Stapleton.

Stapleton was hired as a commentator for the show but will trade his microphone for a seat at the table during the first episode. Given his lack of playing experience, viewers are likely to learn why he usually sits in a broadcast booth.

The non-poker celebrities are well accustomed to the game, especially Pollak and Alexander, who have both appeared in multiple televised poker events such as the World Series of Poker and the Super High Roller Celebrity Poker Shootout in 2015.

Pollak, a co-star in critically acclaimed films such as “A Few Good Men” and others, earned his way to a heads-up match against Vanessa Selbst for a $1 million prize in that Celebrity Poker Shootout, but lost a tough battle. His claim to fame as a poker player came when he finished 134th in the 2012 WSOP Main Event for $52,718.

Alexander, who famously played “George Costanza” on the hit TV show “Seinfeld,” is also no stranger to poker. He has competed in WSOP events and appeared on “Poker Night in America” cash game episodes.

“The viewers will be able to see and hear everything that’s happening, just as if they are another player sitting at the table,” Anderson said.

“Poker Night Live” will have a variety of celebrities, much like the once popular “Celebrity Poker Showdown,” which aired on Bravo from 2003 to 2006.

But instead of having poker pro Phil Gordon in the broadcast booth, Rush Street has hired comedian Joe Stapleton to handle commentary duties. According to Anderson, viewers will get more up-close and personal with the players at the table than we saw on “Celebrity Poker Showdown.”

The first season is scheduled for 13 episodes, with all shows filmed at the Gardens Casino airing live on Tuesday nights.

For those who don’t get the CBS Sports Network, the first episode is also available on their twitch channel: https://www.twitch.tv/videos/243749064

Hopefully they continue to post episodes on twitch. I really like that they post every hand without any edits and it’s nice to see poker pros on TV again.

Thx moots for the info going to check Twitch then