Phil Hellmuth knows how to keep his emotions in check at the poker table. Wait, what? Author and economist Allison Schrager featured the “Poker Brat” and his ability to handle emotions in her new book, “An Economist Walks into a Brothel: And Other Unexpected Places to Understand Risk.” 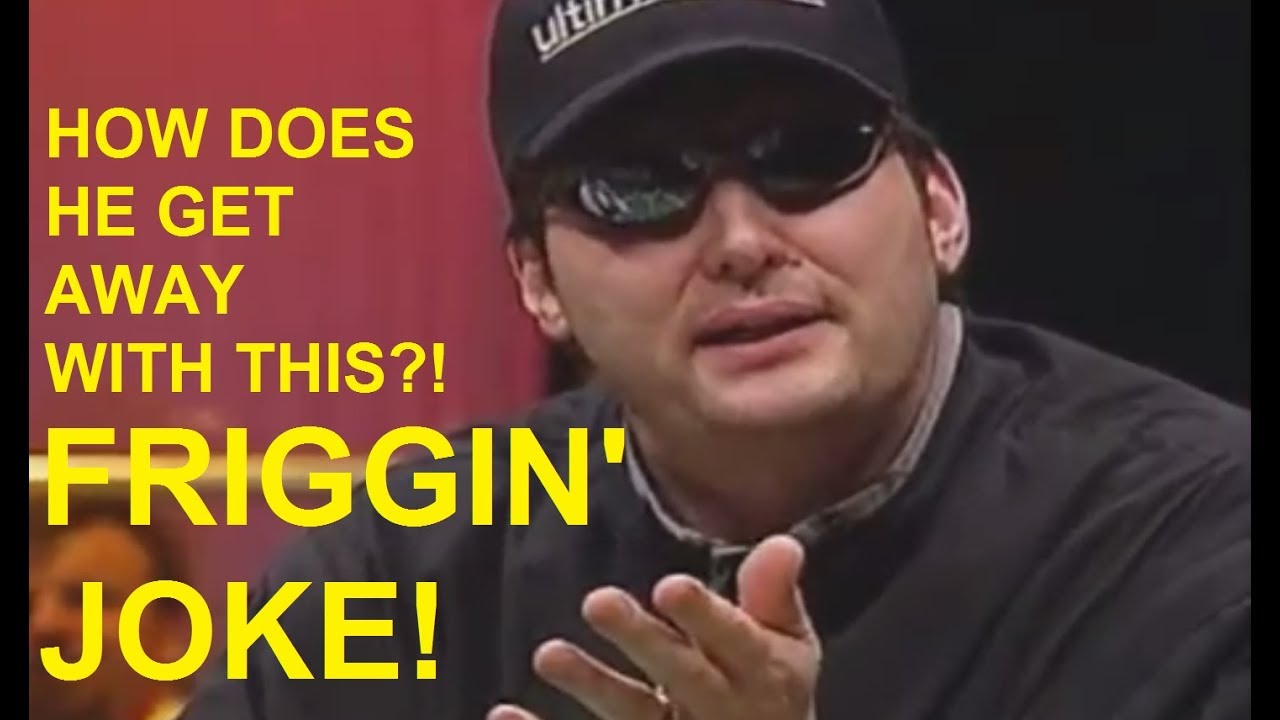 Phil Hellmuth is a master of handling tilt like Tony G is a champion of class at the poker table. (Image: YouTube)

No, this isn’t an April Fool’s joke. Schrager, co-founder of LifeCycle Finance Partners, a risk advisory firm, wrote a book on managing risks. She researched various risky professions such as prostitution and poker. Both occupations require a professional to effectively handle emotions. And, apparently, Hellmuth is an expert on this subject.

What the Brat has to Say

Hellmuth shared four tips on managing emotions for the book. The first, he suggests, is to never have too much of your own money at risk.

His rule is to only put up $10,000 of his own cash on one individual event. So, if he’s playing in a $50,000 buy-in tournament, he might only risk 20 percent of that amount. The rest of the money comes from backers.

Hellmuth’s second rule is to eliminate extreme downside risk. By taking a more passive approach to the game, he minimizes his risk of busting and going home empty-handed.

Phil’s next tip is to take a long-term approach to poker. That means not worrying about one bad hand or focusing on short-term downswings.

And his final piece of advice, which is avoiding overconfidence, might cause some poker players who have followed his career closely to roll their eyes. After all, this is the same guy who said, “if there weren’t luck involved, I guess I’d win every one,” during a 2004 WSOP event. Hellmuth, who apparently avoids overconfidence, still contends he’s among the best players in the game. But he isn’t overconfident. Apparently.

Hellmuth is as much known for his epic meltdowns at the poker table as he is the record-15 WSOP bracelets. One of his most memorable blow ups was against Tom Dwan at the National Heads-Up Championship.

Although Hellmuth has an extensive history of epic meltdowns, he also is one of the most accomplished tournament players in history. The “Poker Brat” holds the record for most WSOP bracelets (15), was the 1989 world champion, and has nearly $23 million in tournament earnings.

So, while Hellmuth’s blow ups might make fans question his behavior, the results throughout his career have been impressive. Maybe he really is an expert on managing emotions.

What Can you say? That’s Phil Hellmuth lol He Always Likes my comments where i include him on twitter lol He’s a really Nice Guy and has a good sense of humor when it comes to others making him the object of laughter… Even more recently I’ve commented on his eye brows been shaven at some point maybe having fallen asleep at an all nighter lol he had to wear his baseball cap really low covering his eye brows during the south American tour lol… He is a Great guy deep down,,, very big ego, but he plays for millions and has lost probably just as much of his backers money but he is living the dream…. Yeah if it wasn’t for luck he’d win more often lol his bad luck… haha I want to go out on the town with him…. As for the Various Risk Professions and how they handle emotions, wow brothels ? sounds like an excuse to have a jolly at the cost of the company expenditure imagine that all costs paid for poker and brothels lol some people have all the fun!!

He has behavioral meltdowns, but he doesn’t really let it affect his play. He is absolutely good at managing his emotions as it relates to the quality of his play.