Doug Polk announced on Twitter his poker training site, Upswing Poker, is seeking a new pot-limit Omaha coach, which came as a bit of a surprise to some considering that role, for nearly the past year, has been the job of Fernando “JNandez87” Habegger (more commonly referred to as “JNandez”). 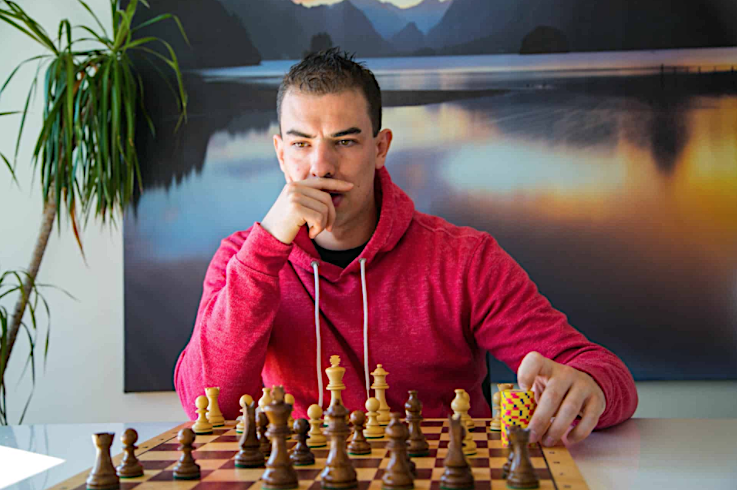 Fernando Habegger (aka “JNandez”) decided his best next move was to separate from Doug Polk and Upswing Poker to launch his own poker training website. (Image: Upswing Poker)

The relationship between the two poker pros appears to be strained now that Fernando has decided to resign from Upswing Poker and take his PLO expertise to what will soon become his own poker training site.

When asked what happened to JNandez, Polk responded in true PR fashion, saying, “he has elected to pursue other options. He did a great job at Upswing but we are hoping to find an even stronger replacement.”

The “other options” Habegger is pursuing happen to still be coaching PLO, but for his own poker training site, he announced in a 12-minute YouTube video explaining how he was unexpectedly cut off from the Upswing Facebook group.

In the video, he suggests his philosophy on poker coaching differs from Upswing Poker’s strategy.

“I was suggesting a lot of things to the Upswing team, how I can take on more responsibility or how I would be able to move the needle a little bit more to make people learn poker coaching in a much different way,” he said. “But it wasn’t possible and I don’t blame Upswing for it. They were already a working, full-thriving company and they already have their process figured out.”

So, now his focus shifts to future endeavors, beginning with JNandezPoker.com, a site that hasn’t fully launched yet and isn’t quite ready to accept new students. But coming soon, he promises.

JNandez said he plans to create more poker training videos on his YouTube channel over the next three months, and then a month after that, he plans to launch his new website.

Polk and fellow pro Ryan Fee founded Upswing Poker in October 2015, offering specialty training “labs” where their students can interact directly with coaches and each other about their games.

Habegger was the lead coach for the PLO training lab.

Since launching, Upstart has grown to include five coaches total (six before Habegger left).

That expanding roster includes the recent addition of Abdalla (aka “JLlama99”), who assumes the role of mixed games coach. He’s been a beast in the high-stakes mixed games community. His career highlights, as Polk indicated on Twitter, include the domination of Phil Ivey in cash games.

As Polk can attest, or Phil Ivey for that matter, being a skilled player isn’t all it takes to run your own poker training business. Ivey attempted to launch his own training site called the Ivey League several years ago. That coaching operation shut down about nine months ago.

But hey, maybe Habegger will have better luck than Ivey.

if u like plo jnandez is really, good. catch him on twitch

Wow, this appears to be controversial. His explanation on his youtube vid appears to be legit and he does give a lot of credit to the folks collaborating with him on his course material. Best time for him to move on.