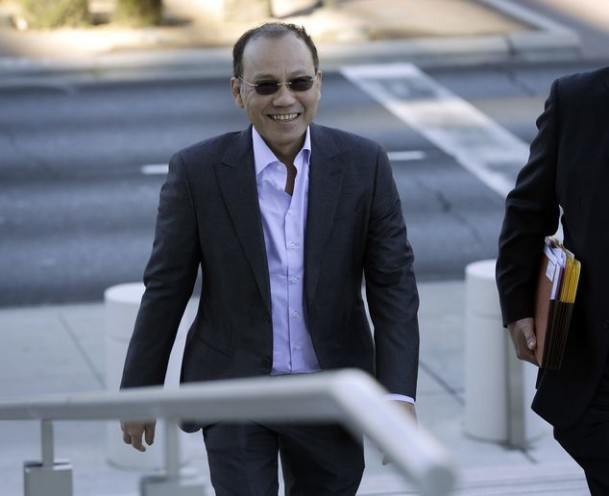 Paul Phua is in the poker match of his life, and against what is possibly his most formidable opponent: the United States federal government.

As the ongoing saga of the Malaysian whale poker pro’s alleged illegal sports betting operation continues to unfold, his poker skills, or rather those of his attorneys, will certainly be put to the test as we see who ultimately takes this pot.

Prosecutors in the Paul Phua trial have added a new indictment against the businessman, and will press ahead with their attempt to secure a conviction, despite critical FBI evidence in the case being thrown out by judicial order.

Phua, who stands trial accused of running a multimillion-dollar sports betting ring from within a group of luxury villas at Caesars Palace during the 2014 Soccer World Cup last summer, will now face a conspiracy count along with existing felony charges of operating an illegal gambling business and transmitting of betting information.

Last month a federal judge ordered that all evidence gathered against Phua during a controversial FBI sting operation should be dismissed, essentially gutting the prosecution’s case.

Agents posed as Internet repairmen before turning off wireless access to the villas in order to gather video evidence. Investigators described the interior of one of the villas as a “high-tech wire room,” where alleged illegal World Cup bets were being monitored by computers remotely linked to others overseas.

US District Judge Andrew Gordon ruled that the operation violated Phua’s Fourth Amendment rights, which deals with “unreasonable searches and seizures” and requires warrants to be supported by “probable cause.”

“Permitting the government to create the need for the occupant to invite a third party into his or her home would effectively allow the government to conduct warrantless searches of the vast majority of residences and hotel rooms in America,” Gordon wrote in his decision.

“The government need only disrupt the phone, cable, Internet or some other ‘non-essential’ service, and reasonable people will opt to invite a third party onto their property to repair it, unwittingly allowing government agents into the most private spaces to view and record whatever and whomever they see,” he continued.

However, prosecutors are still able to use evidence seized in the other two villas. And while these villas were not being used as the hub of the alleged gambling operation, they believe there is evidence there that is “more than sufficient to sustain” a conviction.

“The evidence demonstrates the defendant did much more than just place bets,” states the documents. “Rather, the defendant maintained a leadership role in the illegal betting operation.”

“A conspiracy charge is the darling of a prosecutor’s nursery,” said Chesnoff in response to the new charge. “Mr. Phua maintains his innocence. You cannot be guilty of conspiracy if you never agreed to do anything that’s illegal.”

Five members of the group, including poker player Richard Yong and Paul Phua’s son, Darren Phua, already pled guilty to misdemeanor charges, each receiving hefty fines and five years of probation, on condition they stay out of the US for the duration of that period.

Phua has been summoned to appear in court on May 20.