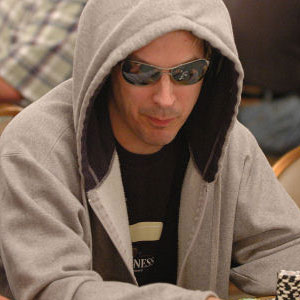 Noted poker player Phil “Unabomber” Laak is known for his trademark look and a list of poker accomplishments, but the pro is now facing heat for back taxes he owes the State of California.

Professional poker player Phil “Unabomber” Laak is one of the most recognizable faces on the pro poker circuit. He’s a man known for many things; the most obvious being his nickname, which comes from his look – a hooded sweatshirt (with the hood always up) and dark sunglasses.

This trademark look causes Laak to resemble the forensic sketch on the wanted poster for domestic terrorist Ted Kaczynski. Kaczynski is infamous for killing and maiming numerous people by planting or mailing bombs between 1978 and 1995 in the United States. Kaczynski, a shack-dwelling loner with a grudge against technology, was nicknamed “The Unabomber” by the media before his brother helped police locate him, leading to his arrest and sentencing to life in prison.

Laak is almost as well-known for his association with his longtime girlfriend Jennifer Tilly. She is an Academy Award-nominated actress also known for her skills as a professional poker player.

Then, of course, is Laak’s power prowess. In 2010 he won a championship bracelet at the World Series of Poker Europe in London, earning him $263,000 in a six-handed no-limit Texas Hold ’em tournament. He has earned more than $3.1 million in his career playing live tournament poker, according to official records.

Now there’s a new accomplishment Laak is going to be known for: being a deadbeat. A tax deadbeat, to be specific. According to media reports, the 49-year-old Laak who was born in Ireland and now lives in Los Angeles, owes back taxes to the State of California for the years 2010 and 2011.

The total amount owed is $24,874 – less than 1% of the windfall the “Unabomber” has earned from live tournament play in his career. And the State of California is serious about getting back what it’s owed from Laak by placing a lien on Laak’s California property. That means if Laak ever sells the property, the State will take a cut of the sale price to cover the owed taxes before the property deed can change hands.

In the meantime, the tax-dodging has tarnished Laak’s image. As much as an image can be tarnished by someone who uses and embraces the nickname of a murderous terrorist, mind you. What’s next for the penny-pinching poker pro? Stiffing his newspaper delivery boy out of the lousy ten bucks he’s owed?