Phil Ivey Opens Up About ‘That’ Hand Against Chris Moneymaker (VIDEO)

The poker industry will always look back and be thankful that Sammy Farha didn’t beat Chris Moneymaker at the 2003 WSOP Main Event final table. By losing heads-up, Farha allowed the amateur to win and novices around the world believe they too could become the next world champion. 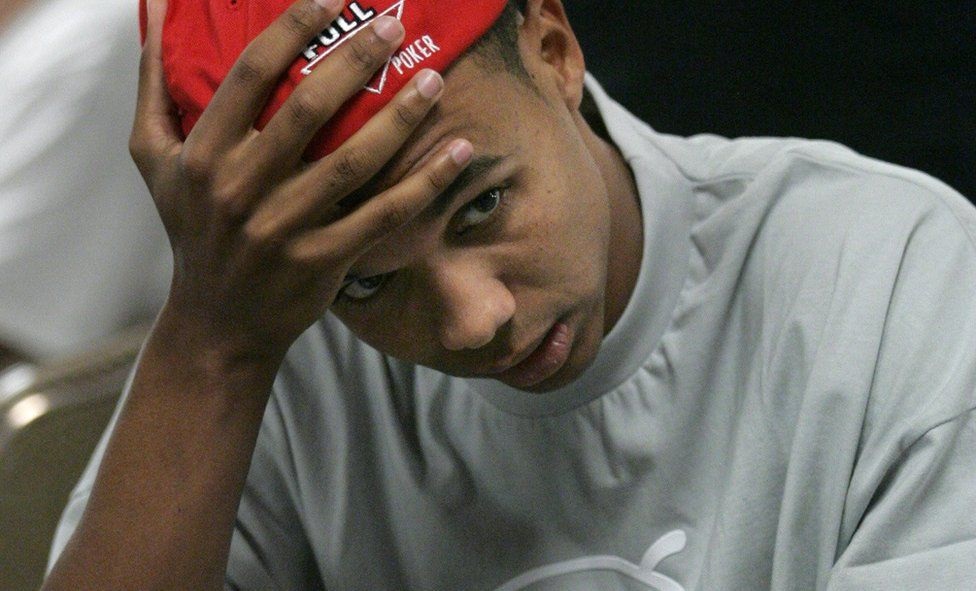 Phil Ivey has opened up about the hand that cost him a WSOP title, but helped start the poker boom. (Image: BBC/Reuters)

For that reason, Farha will also be a part of poker folklore. However, people forget that Phil Ivey played his part in shaping the industry.

In his latest video interview with Barry Greenstein, Ivey talks us through his emotions after “that” hand against Moneymaker.

For those who don’t remember, Ivey was all-in against Moneymaker with 10 players left in the 2003 Main Event (see video below). The board was showing Q♥ 6♠ Q♠ 9♣, and Ivey had pocket nines.

Moneymaker made the call with A♥ Q♦ and, with one card to come, the poker boom was hanging in the balance. Although Moneymaker wouldn’t have been eliminated, he was at risk of doubling up the best player at the table.

Unfortunately for Ivey but, in many ways fortunate for everyone else, the river was the A♠. With that, Ivey was out and Moneymaker went on to win the 2003 WSOP Main Event, sparking a wave of interest in poker that had never been seen before.

We can guess what Moneymaker was thinking in that moment, but what about the unreadable Ivey? According to the man himself, his main concern was not letting the world see how disappointed he was.

Even before he was thrust into the media spotlight, Ivey understood the value of managing his emotions on camera. That served him well in preceding years but, at the time, he was devastated and immediately got on the phone to Greenstein.

Rather than offer a sympathetic ear, Greenstein told his friend that he would have folded on the flop (see video below). Ivey being Ivey, said he had a read on Moneymaker and knew a nine would get him all the chips.

The logic was right but, as we saw, the reality turned out differently. All is well that ends well though, as virtually everyone at the final table, including Ivey, went on to benefit from the subsequent poker boom.

That time in his life, Ivey recalls, was almost surreal. Millions of dollars in the bank and autograph hunters at every turn showed that, despite a minor misfortune, things happen for a reason.

Indeed, that’s the philosophy Ivey carries with him to this day. By getting over a loss quickly, and viewing everything as a whole, he believes you can make sense of the bigger picture and not get attached to negative events. For any aspiring poker player, that’s a lesson worth remembering.