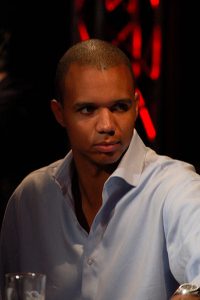 Phil Ivey has claimed that there was no instance of cheating involved in a large Punto Banco win at Crockford’s Casino. That win – totaling at $12.1 million (or £7.8 million) – has yet to be paid according to Ivey and he is now suing the casino in Britain’s High Court. Though Britain’s oldest casino is accusing him of cheating, Ivey claims that he instead implemented a technique that gave him a definite edge over the house.

This technique, called “edge sorting” is seen as legitimate by Ivey, but Crockford’s certainly diasgrees. Edge sorting helps a player identify which cards are which. Ivey made no effort to deny that he has used his talents to note miniscule flaws in the deck of cards used during a match at Crockford’s in August of 2012. These flaws occur when the decks are cut improperly by the manufacturer and create a noticeable pattern on the back of the cards; a pattern that an untrained eye most certainly would not notice.

Ivey puts the blame on Crockford’s for not checking decks properly before using them in matches. The casino claims that Ivey engaged in a scam and “acted to defeat the essential premise of the game” which is reason enough not to pay out for the large win.

This supposed “scam” involves a female companion named Kelly that Ivey brought along while playing. Ivey would continuously request deck changes from the dealer until Kelly was able to identify one with noticeable enough imperfections to properly use the edge sorting technique. In addition to this method, Kelly also requested that the dealer reveal each card in the deck so she could identify cards with the value of seven, eight or nine which are the most valued cards in Punto Banco. When Kelly was able to identify one of those cards, she would ask the dealer to rotate these “good” cards in the opposite direction from the others. Surprisingly enough, the dealer complied with the request. Because of this, it was easy enough for Ivey to distinguish the different edges of the cards and he would make wagers accordingly.

Crockford’s said that during the night in question, Ivey had lost $750,000 (£500,000) playing high stakes Punto Banco with Kelly before identifying the irregular deck. After that point, and with the agreement of Crockford’s, Ivey’s wagering limit was raised from £50k per hand to £150k in an attempt to recover his losses. After the increase, Ivey was able to turn that loss into the £7.8 million win he now seeks.

An Investigation And A Court Case

So far, Crockford’s has only returned Ivey’s original £1 million stake he used as a buy in but has yet to give him the full winnings. Gentling, the Malaysian gambling firm which owns Crockford’s is investigating the matter by reviewing security footage and questioning employees who were present during that night. Ivey is firm on his stance that he was not cheating and merely taking advantage of something Crockford’s should have been well aware of.

Phil Ivey is a nine-time World Series of Poker bracelet winner. At 37, he has won more than $30 million in live tournaments and online poker matches and is identified as the best all-around player in the world.

What a Crockford! What are the odds that Ivey gets his mil back if he winds up on the losing end?

With that much money and those skills. Why the hell is he sitting down at bogus casino games to cheat. Oh, greed.