Phil Hellmuth nearly won his 16th career WSOP bracelet but came up short – in third place – in the €2,500 8-Game Mix in Rozvadov. 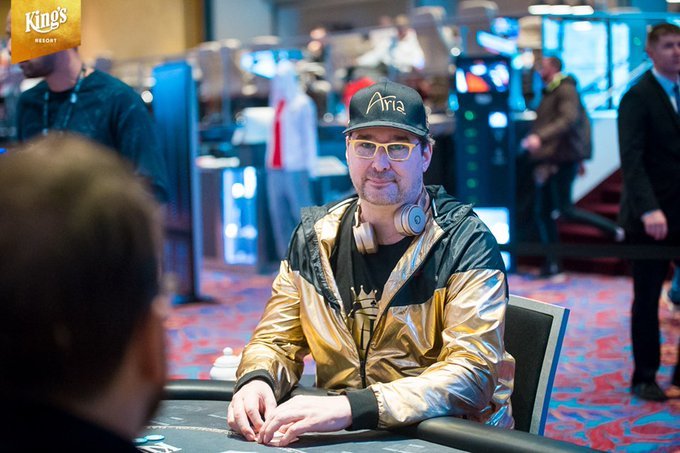 Espen Sandvik, however, won the event for €75,426. The Norwegian shipped his first bracelet in his first World Series of Poker cash. Hellmuth, on the other hand, was chasing his 16th gold bracelet.

Phil Hellmuth in a League of His Own

Although Phil Hellmuth came up a bit short – third place – in the €2,500 8-Game Mix at WSOP Europe, he extended another record: World Series of Poker career cashes. The “Poker Brat” now has 147 cashes, 12 more than anyone else. Chris Ferguson is in second place with 135.

Hellmuth, however, hoped to win his 16th bracelet. No other player has more than 10. Phil Ivey, Doyle Brunson, and Johnny Chan are all tied with 10 World Series of Poker victories.

Espen Sandvik took down the mixed game tournament for €75,426. He defeated Finland’s Ville Haavisto (€46,613) to secure the title. Hellmuth finished in third place for €31,058. Jeff Madsen, another talented American pro, was eliminated in fourth place and took home €21,386 in this small-field, 71-player event.

Kahle Burns, an Australian high-roller also finished among the 11 players who cashed. He earned €6,839 for ninth place.

After busting the mixed game tournament, Phil Hellmuth registered for the €1,100 Turbo Bounty Hunter, a no-limit hold’em event. Registration remained open at the time we published this article. The “Poker Brat” was down to just nine big blinds when we went to publishing. That’s a small stack for sure but most players are short-stacked already.

The chip leader, Dzmitry Urbanovich, had just 61 big blinds (307,000). Levels last just minutes so the pace of play is fast. A winner is scheduled to be crowned before Saturday’s session concludes.

There are still 10 more bracelets left to be handed out at WSOP Europe, including the turbo bounty event.

Regardless of him winning another bracelet or not, I honestly doubt anyone will get up to his number of bracelets. Nowadays, MTTs attract more players so winning events constantly is only going to be harder.

I agree it’s highly unlikely, even if someone does go on to get 15 or more then his tally of bracelets and cashes will still be in the top 5 in 50 years time, if not much longer than that.