Phil Hellmuth gave it one heck of a run in search of his record-extending 16th bracelet in the WSOP Online Bracelet Series opener. But a series of coolers doomed the “Poker Brat,” and he finished just shy of the final table. Jonathan “Art.Vandelay” Dokler won the $500 buy-in hold’em event for $130,425, outlasting a field of 1,195 players. 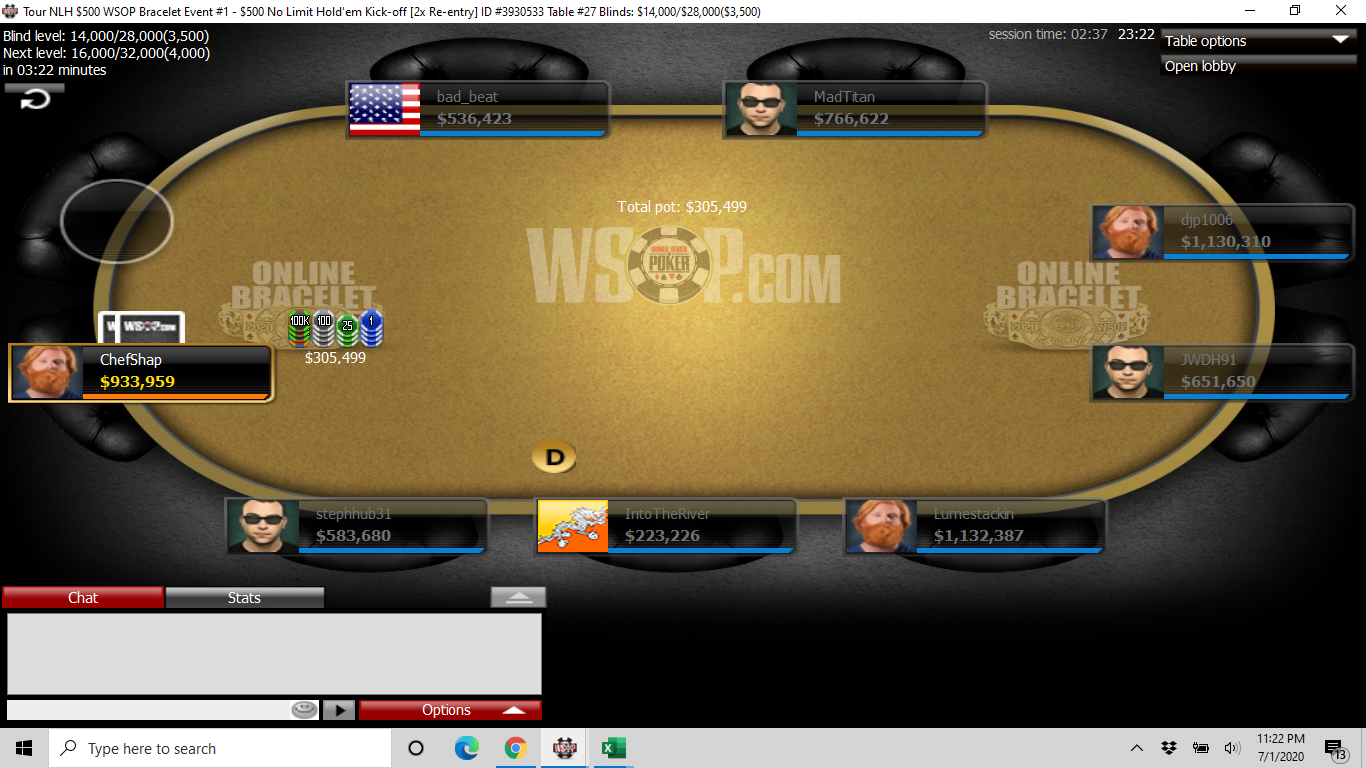 Mike Matusow also ran deep in Wednesday’s kickoff event. Using the screen name, “mouth123,” Matusow took a shot at his fifth bracelet. For quite some time during the session, he was among the chip leaders. He busted in 44th place for $2,623.

World Poker Tour commentator Tony Dunst is another big-name pro who performed at a high level. The former online pro, known as “Panoramic” on WSOP.com was eliminated in 3rd place and earned $57,881.

But all the glory went to Dokler, who shipped his first-ever bracelet for $130,425. The Westlake, Ohio native defeated Justin “MadTitan” Turner heads-up for the title. Turner’s consolation prize was a hefty $80,416.

Playing under the screen name “Lumestackin,” Hellmuth was in good shape to extend his 15-bracelet record with 15 players remaining. At that point, he hovered around the top of the leaderboard for quite some time. But “white magic” couldn’t overcome a cold deck.

The Aria poker ambassador ran into three rough hands within a matter of minutes before busting in 11th place for $7,871. In the first hand, he ran pocket queens into pocket kings. Then, he lost with A-Q against A-K. He busted with pocket queens again when his opponent out-drew him with A-K. In all three hands, all the chips went in before the flop.

On a positive note for the 1989 world champion, he extended his WSOP cashes record to 152. And despite the tough run of cards in the late going, his 2020 WSOP is off to an impressive start.

The WSOP Online Bracelet Series continues on Thursday with Event #2 on WSOP.com, a $1,000 No-Limit Hold’em Deepstack 8-Max tournament. Cards will be in the air at 3 pm PT for players in New Jersey and Nevada. Players can register up until 6:55 pm. With re-entry permitted and a deep structure (30,000 chip starting stack with 15-minute blind levels), you can expect a long night of poker if you’re playing or following along online.