Phil Hellmuth is selling his Las Vegas home and, as expected, Twitter has been quick to needle the Poker Brat. 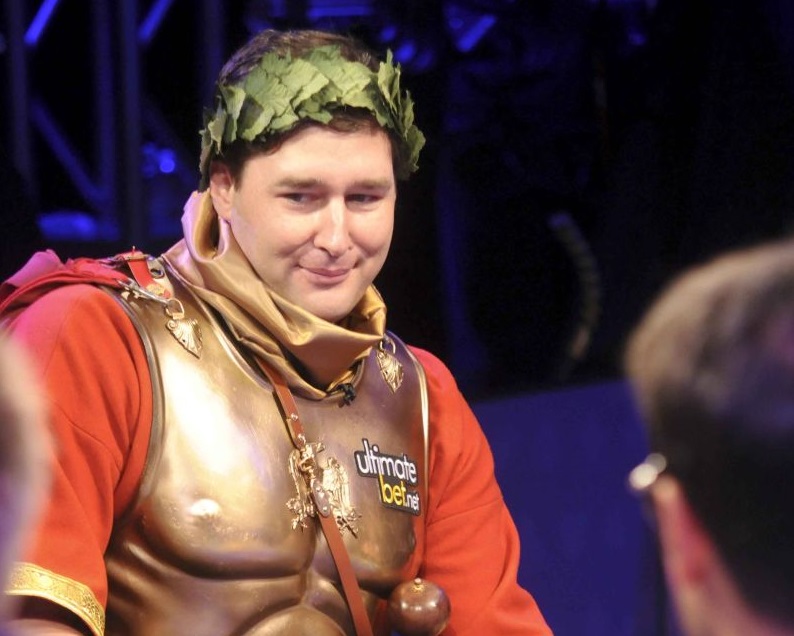 Phil Hellmuth is selling his Las Vegas home, but his followers aren’t happy with the asking price. (Image: Alux)

Although Hellmuth is often in Vegas for work, he spends most of his time in Palo Alto, California. As such, he’s selling his three-bedroom home on Bel Air Drive with the help of poker-pro-turned-realtor, Karina Jett.

In lieu of Jett securing a deal, Hellmuth has graciously given his followers a chance to own the property. Hellmuth’s offer, however, has possibly revealed a little more about his financial situation than he would have liked.

Own an Iconic Piece of Poker History

I’m selling my house in Las Vegas, it’s in the Las Vegas Country Club: 2909 Bel Air Drive. I’m having an old friend, @KarinaJett, sell it for me. Before we list it on MLS, I thought I would give social media a shot. Reach out to Karina if you’re interested: $430,000 #POSITIVITY pic.twitter.com/fiBLoOKXRQ

The property comes complete with a swimming pool and a view of the Las Vegas Country Club golf course. Long-time poker fans will also notice the famous balcony from an old WSOP clip.

In between pearls of wisdom, the video (see below) features the now-iconic image of Hellmuth standing topless on the balcony. Naturally, Twitter’s finest were quick to comment on the piece of WSOP history.

This @phil_hellmuth clip has been trending & I think it's some of the greatest poker content of all time.

-the toilet paper bedside & included in the shot
-the tooth brushing scene is a fucking classic scene w/ multiple photos of PH on mirror
-the shirtless ending pic.twitter.com/EEZwLgkJK8

Again, hilarity ensued. Matt Mercurio calculated that Hellmuth’s $430,000 asking price is a 1.18 markup on the home’s projected value of $363,500. While a markup might be surprising under normal conditions, this is Phil Hellmuth.

Never one to underestimate his own worth, Hellmuth once sold action in a WSOP turbo event at a 1.8 markup. Given that this Vegas property has been touched by the winningest player in WSOP history, the inflated asking price could be a bargain.

Why else would Hellmuth want more for the house? We don’t know, but Zillow does note that property is pre-foreclosure.

“The lender initiated foreclosure proceedings on this property because the owner(s) were in default on their loan obligations. This property is not found on a multiple listing service (MLS),” reads the explanation on Zillow.

In simple terms, the suggestion is that Hellmuth has missed payments on his mortgage. We can’t verify that claim.

Zillow shows that the property was listed for sale in September 2019 and removed a month later. During that time, the house was listed as “in default” because payments on a loan issued by RRR Family LLC were missed.

Property prices around the world have taken a hit during the COVID-19 pandemic, but Hellmuth is clearly intent on a sale price above market value.

With three bedrooms, pleasant surroundings, and easy access to the Vegas strip, it would be an ideal home for a poker player. The real question remains, however — is Hellmuth’s home worth paying a premium for?