Love him or hate him, Phil Hellmuth proved once again that he’s actually a pretty nice guy, despite his long-standing reputation as the “Poker Brat.” The poker legend raised $17,500 for coronavirus relief efforts by auctioning off a two-hour coaching session. 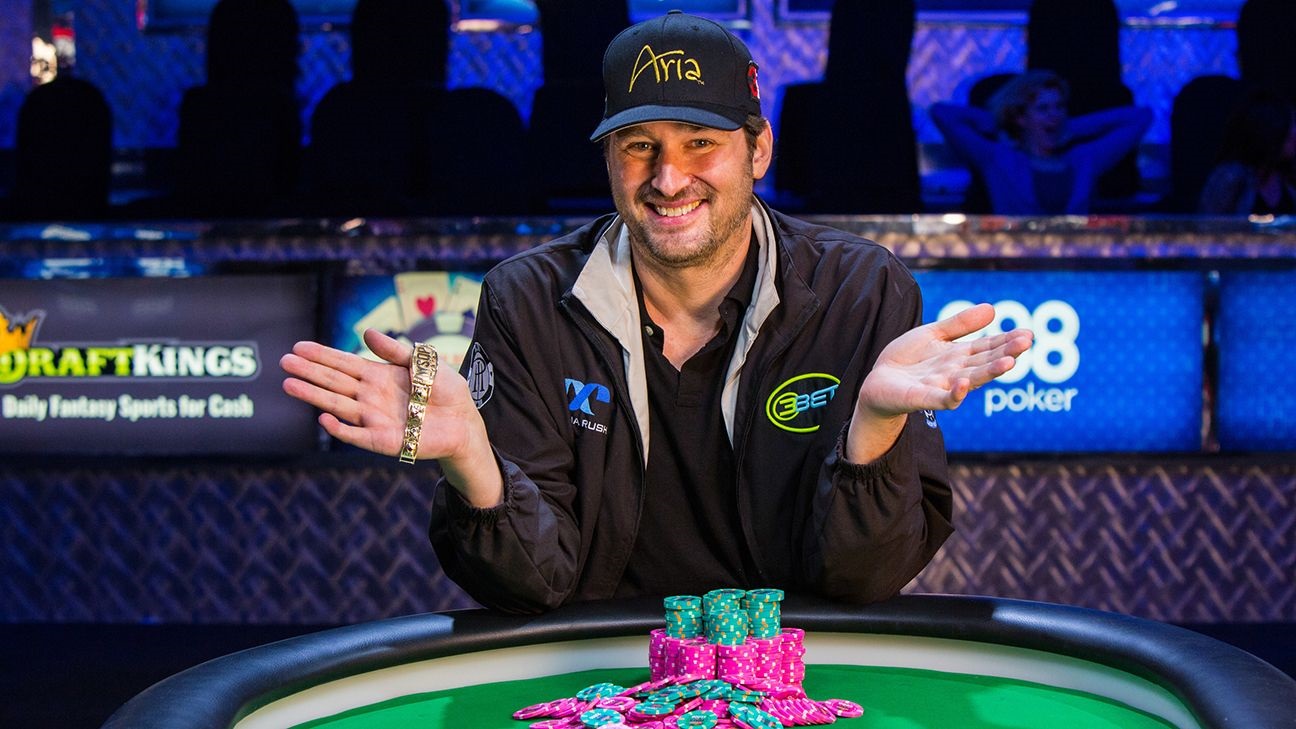 Phil Hellmuth has raised $17,500 for All In Challenge’s coronavirus relief efforts by auctioning off his poker knowledge. (Image: ESPN)

The chance to learn from one of the game’s best (and self-proclaimed greatest) players is part of a larger charity drive organized by All In Challenge.

In addition to a private poker lesson, Hellmuth gave away a two-night stay at the Aria, Las Vegas, for up to eight people.

The charity auction started at $1,000 and, by the close of bidding on Sunday, 33 offers had been made. The winner hasn’t been named, but their $17,500 donation has earned them a two-hour coaching session with Hellmuth.

The 15-time WSOP bracelet winner is just one of many celebrities auctioning off prizes. Drake, Kim Kardashian, Bill Murray, and more than 200 other famous faces have joined All In Challenge. The aim is to raise $100 million for those affected by the coronavirus.

Fanatics founder Michael Rubin is behind the project, along with Spring CEO Alan Tisch and VaynerMedia’s Gary Vaynerchuk. With friends in high places, the trio have pledged to donate 100% of the money raised to those hit hardest by the coronavirus.

By calling on the likes of Ellen, Kevin Hart, and other A-listers to help, All In Challenge will donate millions to Meals on Wheels, No Kid Hungry, and America’s Food Fund. In his video testimonial, Hellmuth echoed the charity’s call to arms and even challenged his friends to join in.

“First of all, I challenge Daniel Negreanu and Phil Ivey to put something up. We can’t have people going hungry, it’s ridiculous. People are losing their jobs and there’s a lot of suffering out there,” Hellmuth said.

Negreanu and Ivey are yet to step up, but Hellmuth’s auction has added another $17,500 to the $21 million already collected.

Poker Fans Ante Up for All In Challenge

For the lucky poker fan who claimed the prize, a chance to talk strategy one-on-one with Hellmuth could end up being worth more than their five-figure bid. For those outside of poker, the fundraiser has a lot more on offer.

At the time of writing, dinner with Tom Brady, complete with Tampa Bay tickets and a jersey, was going for $775,000. Alongside its online auctions, All In Challenge is also running a sweepstakes.

For $10, you can win a round of golf with Bill Murray and Justin Timberlake, have lunch with the Kardashians, or be a co-host on The Ellen DeGeneres Show.

To see poker represented among the star-studded line-up is great. What’s more, it’s another example of the poker industry’s willingness to ante up in times of need.