Phil Hellmuth had no problem firing away in the first ever DraftKings Sports Betting National Championship this past weekend, even if he wasn’t ultimately able to take anything home for his efforts. 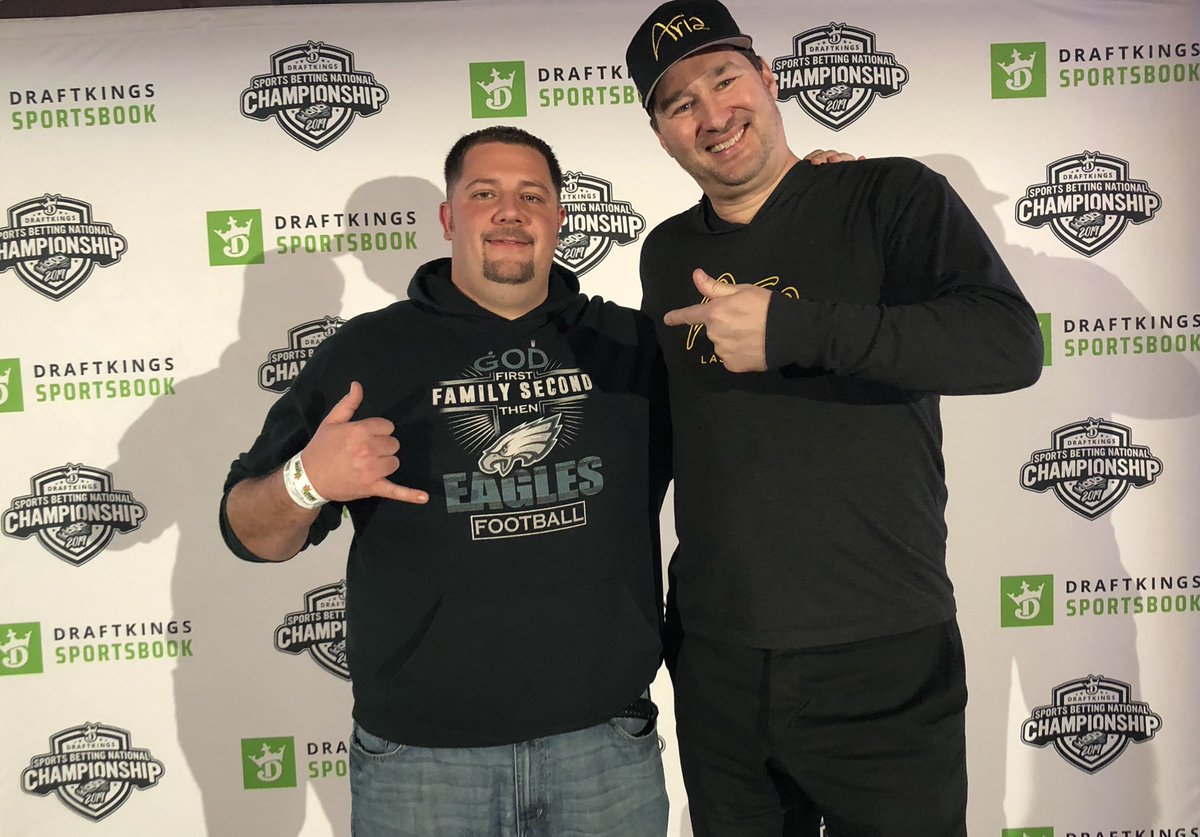 Hellmuth, playing under the screenname “PokerBrat,” officially finished in a tie for 132nd place in the weekend tournament, tied for last with everyone else who went bust during the three day event.

The poker legend was one of 260 participants in the $10,000 buy-in contest, which featured a $2.5 million guaranteed prize pool. Each player used $5,000 of their entry fee as a bankroll. At the end of the weekend, each player was allowed to keep whatever was in their bankroll, with the top 25 finishers receiving additional prize money, including $1 million for first place.

The official DraftKings leaderboard shows that Hellmuth made just seven bets in the competition, wagering a total of a $12,734.34 – a sign that the 15-time World Series of Poker bracelet winner ran up his bankroll a little bit before ultimately falling out of the competition.

It appeared that Hellmuth’s strategy was to shoot for some longshot parlays in the hopes of rocketing up the leaderboard. Some of those bets were shared on Twitter, including a $1,000 Saturday parlay that included the Dallas Cowboys (+7.5), Oklahoma City Thunder (-6), and an outright win by the Indianapolis Colts along with the over (53.5) in their game against the Kansas City Chiefs. That bet would have paid $15,990 had it won, but only the Thunder managed to cover.

On Sunday, Hellmuth needed a big move to have any chance of making the money, which led him to try a couple more parlays in the hopes of quickly running up a six-figure bankroll. Unfortunately for Hellmuth, those wagers didn’t work out, meaning he would finish the tournament with no money.

Fired $6,083.17 on a 26-to-1 shot: Chargers/under Phili/Over in National Championship of Sports Betting. Lost already! But if it would have hit: then I would have kept $159k, and had a good chance to win $1,000,000 AND become Natl Champ of Sports Betting!!! #GoForIt #PlayToWin pic.twitter.com/O96chXEaYc

Despite his disappointing result, Hellmuth seemed to have a great time participating in the event.

Hellmuth also predicted that the event would grow exponentially over the next few years.

“I predicted 10,000 players in 2023,” Hellmuth said, “Because you won’t have to leave your house at that point. You can just sign up for a $10K buy-in tournament from your own house, and so, that’s going to be big versus coming to Jersey City.”

While Hellmuth may have had a lot of fun over the weekend, the tournament didn’t end well for everyone involved. The event ended in controversy after professional sports bettor Rufus Peabody, who had the lead heading into the Eagles vs. Saints game – the final opportunity to bet in the tournament – wasn’t able to place a wager on the NFL playoff game because his winning bet in the earlier game between the Patriots and the Chargers wasn’t graded in time for him to get action on the late matchup.

That left his bankroll frozen at just under $82,000. Two players would ultimately pass him thanks to their bets on that last game, with Randy Lee’s bet on the Eagles (+8.5) putting him over the top. That bet pushed Lee’s bankroll to over $101,000, earning him the additional $1 million prize. Peabody ultimately finished in third place, winning $250,000.