Phil Galfond took a break from his match against “ActionFreak” to crush the legendary Dan “Jungleman” Cates in a one-day, mini-challenge. 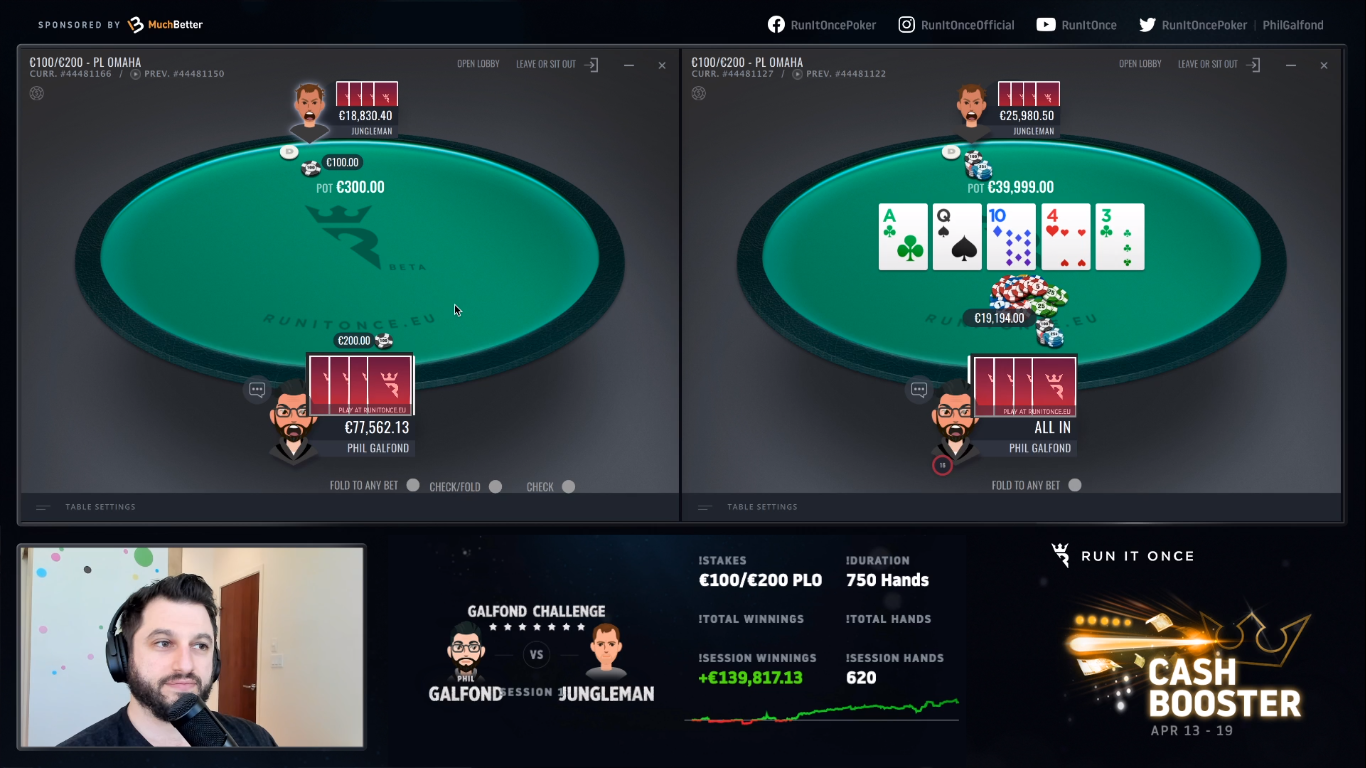 Dan “Jungleman” Cates was no match for Phil Galfond on this day. (Image: Run it Once Poker)

The former Full Tilt Poker crusher is now battling both Bill Perkins and “ActionFreak” at the same time. He leads both challenges in the early going, but took a break from those competitions on Wednesday to face another legendary online pro. It turned out to be a wise decision.

Galfond has long been known as one of the world’s premier Pot-Limit Omaha players. He dominated the highest-stakes games on Full Tilt Poker for years, and recently bested a formidable opponent, “VeniVidi1993,” in the first Galfond Challenge.

On Wednesday, he again proved that he can beat top-notch competitors. Galfond and “Jungleman” played 750 hands of €100/€200 PLO at Galfond’s poker site, Run it Once. Afterward, the loser was required to post a video praising the winner and admitting he is a better poker player.

Almost 4,000 poker fans, including past WSOP Player of the Year Shaun Deeb, watched the mini-challenge on Twitch.

In the early going, Cates was competitive and held a brief lead through the first 100 or so hands. But then Galfond took over and finished the match with more than €90,000 in profit. On the positive side for “Jungleman,” he chipped off a significant portion of the lead to make it more respectable. Galfond led by more than €150,000 at one point.

These two poker greats will eventually play a full Galfond Challenge, and Wednesday’s hands won’t count toward that competition. No date has been set for the rematch as Galfond is currently focused on his matches against Perkins and “ActionFreak.”

But on this day, the poker pro once known as “OMGClayAiken” in the online poker streets, was up to the challenge against one of the top online players of all-time. We now await “Jungleman’s” concession video, which should be entertaining.