The online poker pro known as “ActionFreak” scored back-to-back wins in the Galfond Challenge, cutting his €410,000 deficit by more than 50%. 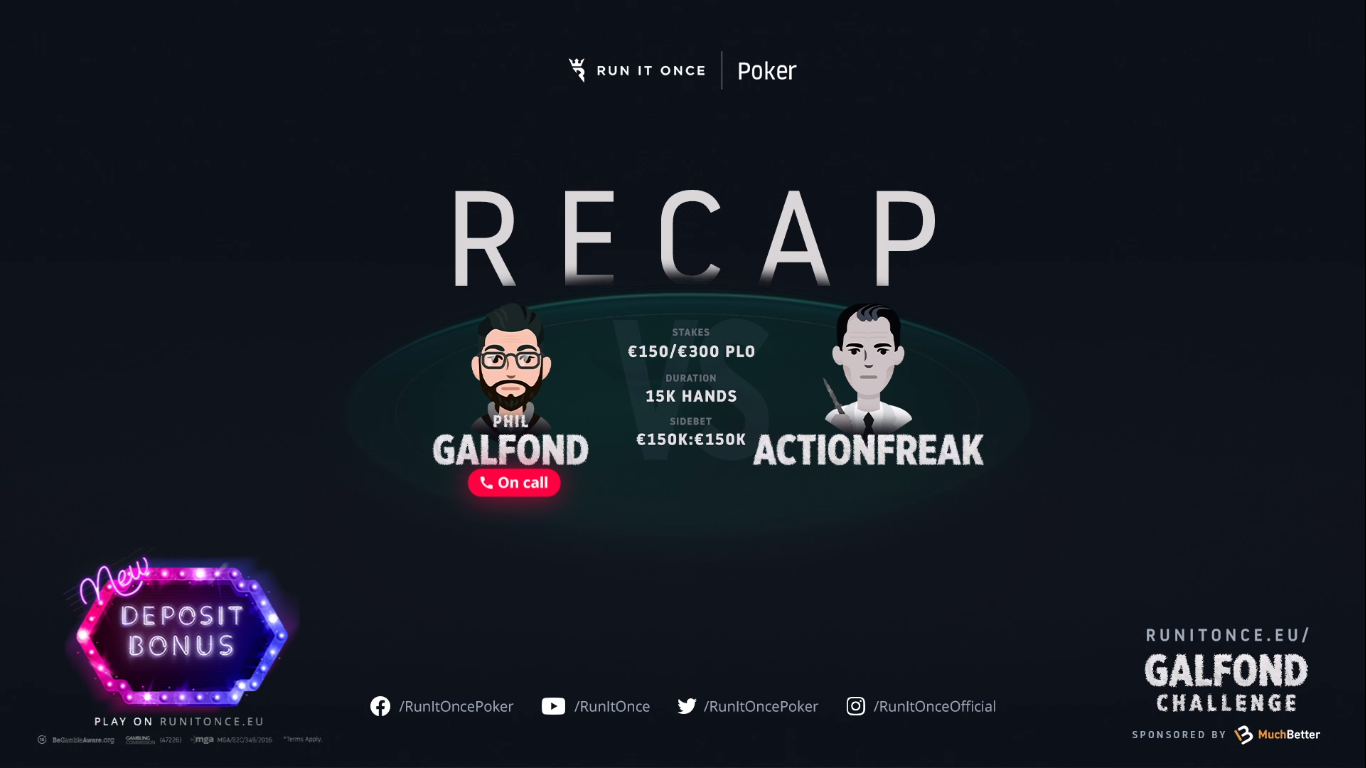 “ActionFreak” is back in business following a rocky start in the Galfond Challenge. (Image: Twitch/Run it Once Poker)

Galfond and “ActionFreak” will play 15,000 hands of Pot-Limit Omaha at the €150/€300 stakes. Most of the sessions will be played on Galfond’s poker site, Run it Once. But due to the challenger having issues moving money to Run it Once, the past couple of sessions took place at Partypoker. And the change of scenery has been beneficial for “ActionFreak.”

Through the first four sessions, all played at Run it Once, Galfond held a lead of more than €410,000 through 2,731 hands. It’s been a different result over the past two days on Partypoker.

Like in sports, sometimes a poker room (or site) switch helps a player. There’s no way to prove the switch from Run it Once to Partypoker benefited “ActionFreak,” but the change of scenery certainly didn’t hurt.

On Monday, Galfond brought more than a €410,000 lead to the new poker site. “ActionFreak,” who was unable to move enough money to Run it Once fast enough to play on that site, dominated the fifth session of the Galfond Challenge, winning by €95,317. That cut the deficit down to “just” €321,128.

“ActionFreak,” who lives in Greece, then came back on Tuesday and ran even better. He finished the session up around €160,000 and now trails by an estimated €160,000, which is still heaps of cash, but a far cry from the deficit he faced just two days earlier.

Official results from Tuesday’s Day 6 session are unavailable. The Run it Once Twitch channel is unable to keep an updated tally when the game is played on Partypoker. Therefore, at the end of the most recent stream, the final results weren’t available. But some Twitch commenters provided an estimate in the chat.

The Galfond Challenge will take a day off tomorrow. Instead, Phil Galfond will compete in a highly anticipated mini-challenge against the legendary online pro, Dan “Jungleman” Cates. The poker superstars will play 750 hands at €100/€200 stakes, and the loser must create a video praising the winner for being a better poker player.

Galfond and Cates will also play a full Galfond Challenge at an undetermined date later this year. You can watch the mini-challenge on the Run it Once Poker Twitch channel.