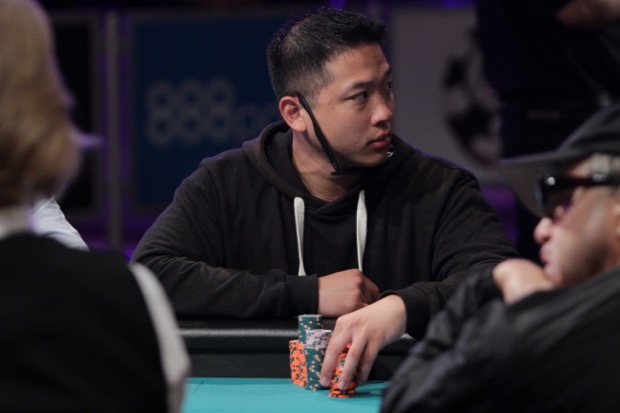 New Yorker and poker pro Patrick Chan has one of the smallest stacks at the 2015 WSOP Main Event final table, but his skills could still take him far. (Image: pokerlistings.com)

When Patrick Chan sits down at the 2015 WSOP Main Event final table at the Rio in Las Vegas, the November Niner will be fighting against the odds. But as any poker player will tell you, sometimes the odds don’t matter.

Chan finished Day Seven back in July with 6,225,000 chips. In most tournaments, that would be a massive stack. In the WSOP Main Event, that’s only worth about 16 big blinds.

Needless to say, Chan is going to need luck on his side as much as anyone at the final table. The only other player with fewer chips is Federico Butteroni. His stack is a mere 25,000 less than Chan’s.

Despite having a small stack (less than one-tenth the size of chip leader Joe McKeehen’s), one double-up is all it will take for the New York poker pro to become a threat at the final table.

The Brooklyn native faded many crucial hands to get to this point, but he isn’t here just because of luck. As his poker resume suggests, Chan is a talented tournament player.

Prior to the Main Event, he won more than $500,000 in live tournament winnings, but that isn’t all. Before Black Friday, Chan was a multi-table tournament specialist on Pokerstars.

Since then, he’s moved to playing live, but does occasionally travel out of the country to play online. With the $1 million he has already won from making the final table, Chan now has three career cashes of at least six figures.

Chan has shown during the past year that he has a penchant for dominating massive poker fields. Not only has he outlasted 6,411 of the 6,420 players in the Main Event, he also finished 226th out of 22,374 in the Colossus, which was the largest live poker tournament ever.

With Chan’s small stack, the obvious proper play is to find a spot to shove and hope to double-up. If he can pull that feat off, his strategy will likely change, allowing him to attempt to steal more pots.

Since Federico Butteroni has an almost identical stack, Chan may opt to sit back and wait for his closest nemesis to bust. Or, he may start out aggressive in hopes of building his stack.

The pay increase from 9th to 8th is a difference of about $96,000, which isn’t a huge deal to a table full of players that have already won $1 million.

The 4th place finisher will earn $2,614,000, so there is incentive to get that far. However, it is going to take a ton of good fortune for Chan to pull that off. Don’t count him out. He’s capable. He just needs that one double-up and then: it’s game on.