The Partypoker Millions South America Main Event title is staying in the region thanks to Brazil’s Pablo Silva. 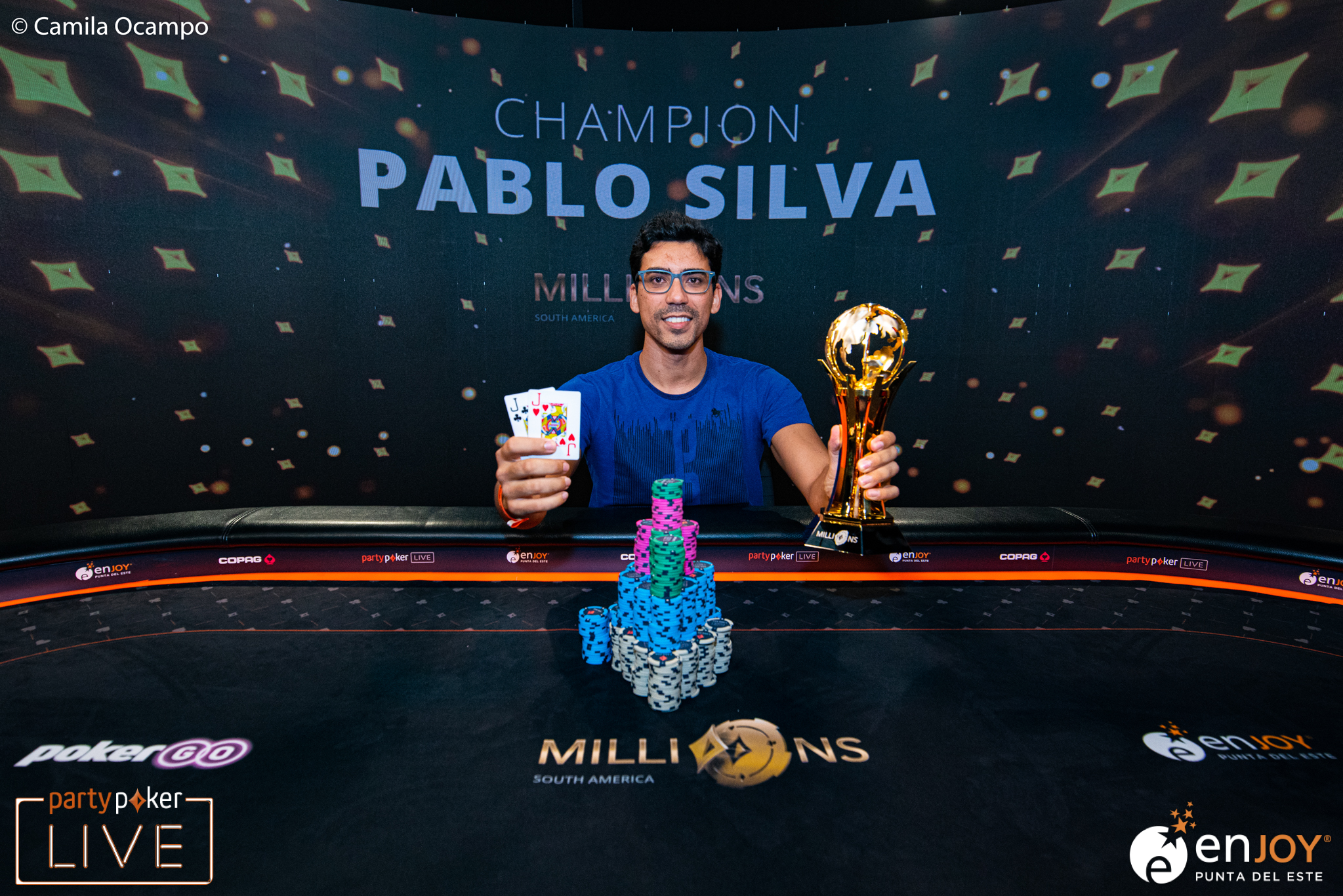 When play got underway last week, 155 entrants took to the felt in search of glory. By the time Day 1A ended, Fabrizio Gonzalez led the 88 survivors.

A second starting flight on last Wednesday saw defending champion Marty Mathis ante-up as the number of entries hit 456. With the registration desks closed and 177 players making it through to Day 2, Gonzalez couldn’t hold his position.

The Day 1A chip leader crashed out before the money, while stars like Mathis, Dzmitry Urbanovich, and Chino Rheem all made their presence felt.

At the close of Day 2, Andres Viola led, but eventual champion Silva was nowhere in sight. As Day 3 played out, Silva started to make his move.

2019 champion Mathis found himself on the wrong end of a cooler midway through the session. Running kings into Martin Arce’s aces, Mathis went out in 20th place.

With the 2019 champion out, Silva found his groove. When the final table got underway on Friday, Daniel Rezaei was in control. Holding more than double the chips of his closest rival, Fabio Colonese, things were certainly going Rezaei’s way (see video above).

Had he held on to his position, the victory would have been unique. Using Partypoker’s new live/online system, he was able to skip the early formalities inside Uruguay’s Punta del Este Casino & Resort. After playing online and amassing 19 million chips, he eventually sat down at a live table on Day 3. A successful outing saw him continue his form in the live arena, and start the final table with almost 140 million chips.

Rezaei caused a storm during the early stages of the final table, but his aggressive style caused his fortunes to yo-yo, allowing Silva to make his move.

With three players left, Rezaei made a fatal error with 8♣8♠. A raise from Silva on the button with pocket nines prompted Rezaei to move all-in from the small blind. Fabio Colonese got out of the way and Silva called.

Knowing he was in trouble, Rezaei could only hope for some help. That help never came as the board ran out A♦3♦T♣6♦3♠. After pushing his stack to Silva, Rezaei headed for the cashiers’ desk to collect his $435,000 consolation prize.

Heads-up, it would only take Silva a few hands to clinch the title.

Colonese started the match with the short stack and wasted little time moving all-in. That strategy proved effective for awhile, but it was only a matter of time before Silva found a hand to call with.

Eventually, the Brazilian limped on the button with pocket jacks. Colonese shoved from the big blind and Silva quickly called.

With 8♣6♦, Colonese was in trouble and, by the time the flop rolled out J♦4♥4♦, the hand was over. The meaningless 5♥ and K♠ completed the board and gave Silva the final pot, the Partypoker Millions trophy, and the biggest win of his career.