Online Poker Rooms Find Loopholes to Operate from the USA 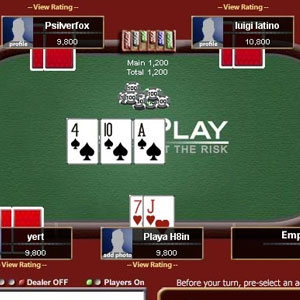 While online poker rooms are illegal to operate in the United States, two men have discovered two different kinds of loopholes to turn a profit, avoid the long arm of the law and give players a way to win money.

It may be illegal to operate an online poker room from the United States, but don’t tell that to a couple of San Francisco-area entrepreneurs. They’ve figured out how to get around strict Federal laws against Internet gambling. And what they’re doing could be the future of online poker.

Online since 2005, Internet poker room Pure Play (www.pureplay.com) is legal, according to owner, founder and CEO Jason B. Kellerman. The site is run from a suite of offices in the Financial District in downtown San Francisco. Kellerman says the operation is legal because it’s free to play in the many poker tournaments offered by the site, even though winners earn cash prizes.

So how are the Pure Play tournaments funded? Pure Play is similar to a country club in that players pay a fee to join the site and then can play in all the tournaments they want for free, winning as much cash as their talent allows. The fee is $20 a month.

What seems like subterfuge to some is actually brilliant, out-of-the-box thinking to others. The bottom line is that Pure Play has discovered a loophole in the law that’s big enough to drive a Mack truck through and it’s paying off. According to the 42-year-old Kellerman, Pure Play has “several hundred thousand customers,” but he won’t reveal the exact figure for competitive reasons.

Lots of Risk for a Lot of Profit

If one was to interpret several hundred thousand as at least 300,000, then each player forking over $20 a month in membership fees means the site is taking in a minimum of $6 million a month. Of course, the company has expenses such as a 20-person staff at the company’s headquarters, plus the infrastructure needed to keep a website online. Even if that costs a few million dollars a month, the site is still making a few million in profit a month.

“In addition to Pure Play poker, our site also offers a number of online casino games you can play,” Kellerman said. “The casino games are all free and just for fun, you can’t win any money at those.” Among the casino games offered are online roulette, blackjack, baccarat, keno, craps and slot machines.

Despite the U.S. Justice Department busting more than a dozen online poker sites over the past five years that allowed Americans to play for real money (by arresting operators and confiscating funds), Kellerman said he doesn’t fear the Feds knocking down the doors of his company and arresting his staff. “It’s not something we spend a lot of time thinking about,” he said. What he does need to spend time thinking about, however, is the challenge that’s coming soon from a newcomer on the scene. And that challenge is coming from his own backyard.

Competition That Could Thwart Pure Play

A mathematician and software designer in Palo Alto, a San Francisco suburb, announced this week that he plans to open a legal online poker room of his own, one that will compete with Pure Play for a piece of the lucrative e-poker pie. Arthur M. Pfeiffer, 79, runs a software company called Thwart Poker Inc. that produces apps for phones and other mobile devices and says his online poker room, scheduled to go online next year, will be called Texas Block ‘Em.

According to Pfeiffer, Texas Block ‘Em gets around the law because it technically offers a form of poker that isn’t actually gambling. Unlike a normal hand of Texas Hold ‘Em poker where cards are dealt randomly to players and luck is definitely a factor, Texas Block ‘Em players get to choose the cards they play. This effectively removes the element of luck since everyone has the same chance to get the same cards. “Shuffling a deck means a player is at the mercy of the shuffle, as to what cards he will get to play,” Pfeiffer said.

A Different Kind of Poker

“Texas Block ‘Em players don’t have to deal with that. After the flop is revealed, players get to choose whatever two hole cards they want to complement the flop. If two players select the same cards, though, both are blocked from getting it, which is the essence of Texas Block ‘Em.”

Pfeiffer gave this example of potential gameplay: “The flop comes up ten, jack and queen of clubs. All players at the table can pick any two other cards as their hole cards to go with that flop. At first glance, it might seem obvious as to what cards to select as hole cards–the king and ace of clubs would give you a royal flush, poker’s top hand. But everyone wants that royal flush. If you select those two cards and someone else does too, neither of you gets them. So you need to choose something else, something that will give you a good hand but likely won’t be chosen by another player. Do you go for another king and ace to at least get a straight? Or is that too obvious? Maybe sneak off with the pot by selecting a couple more queens to get a set? Someone else might try that too, so just to be cute maybe you get in under the wire by going for two more jacks, or maybe even tens. What to do, what to do?”

“There’s a lot of psychology involved in Texas Block ‘Em, which will charge a fee to play,” Pfeiffer said. “You have to be able to read the competition to try to figure out what cards they will select.”

Consulting Both Sides of the Fence

Nelson Rose, a professor at Whittier Law School in California and a noted expert on gambling law, is a paid consultant for both Pure Play and Texas Block ‘Em. He explained how both online poker rooms are able to get around the law. “In order for an activity to legally be considered gambling, it must have three elements: consideration, chance and prize,” Rose said. “Consideration means you have to pay to participate. Chance means luck is involved. And prize means you can win something of value.”

Pure Play doesn’t have the element of consideration because it’s technically free to play. In the eyes of the law, that makes it similar to the Monopoly game offered by McDonald’s. “Legally, Pure Play is classified as a sweepstakes,” Rose said.

On the other hand, Texas Block ‘Em doesn’t have the element of chance, because luck has been removed from the game. It’s similar to a golf tournament where entrants pay a fee to enter and then the winner of the tournament gets a cash prize. “Legally, Texas Block ‘Em is classified as a contest,” according to Rose.

War of the Websites

Even though Texas Block ‘Em has yet to go online and engage in a full-scale Bay Area Internet poker war with Pure Play, both company’s heads have begun to verbally attack each other. “The success of Texas Block ‘Em will depend on whether people are willing to learn to play a brand new game,” Kellerman said. “I don’t think they will.”

“Pure Play puts you at the mercy of the random shuffle to determine your cards,” Pfeiffer said. “My game has more strategy and therefore is a better game.” In the meantime, the legality of either site has not yet been tested in court, so no one really knows for sure if they are lawful entities or not.

Well, when holdem started taking off, I never thought it would surpass stud as it was my thinking that that it would be too easy to figure the other players hand. I have to admit I was lacking imagination then. This hits me the same way. So with that I’ll just let the wind blow and say “I’m not attracted to ‘Texas Blockem’ as of yet”.

So they copied ClubWPT? Not sure I would classify this as “…brilliant, out-of-the-box thinking…”