Grosvenor Casinos’ Goliath has broken all kinds of records this year as special guest star David Haye fought his way through to Day 2. 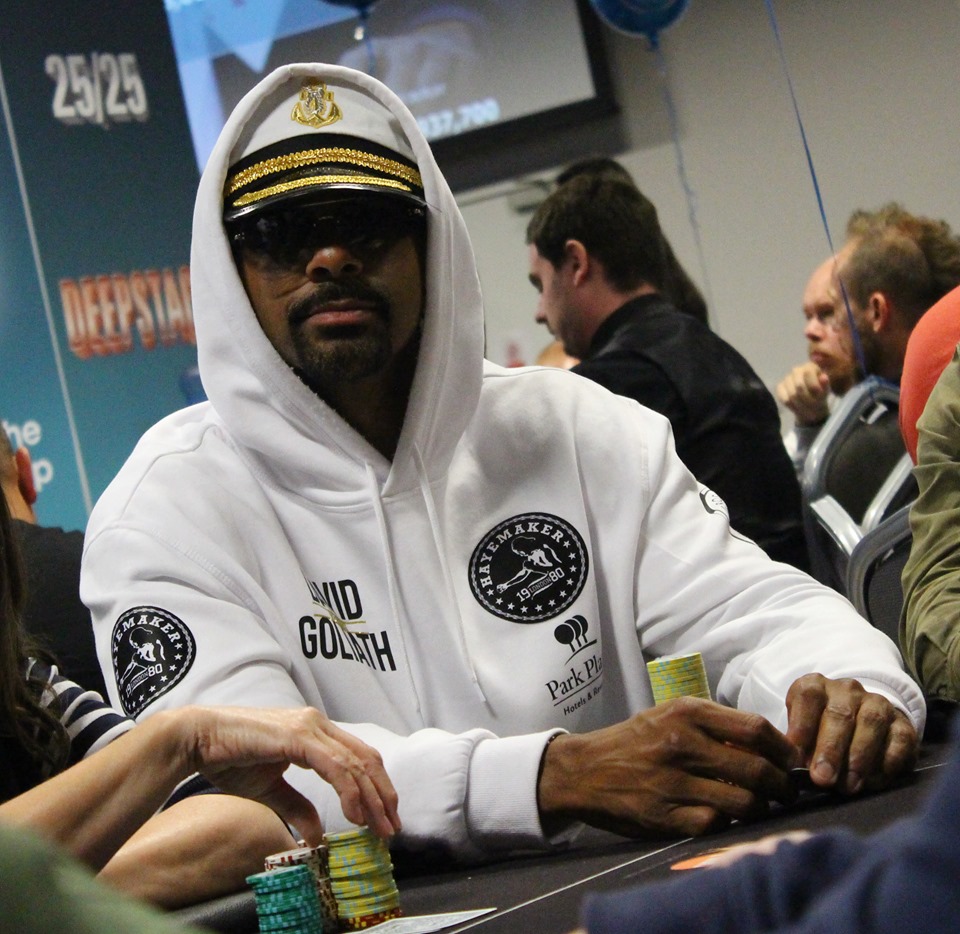 David Haye has made it through to Day 2 of Grosvenor Casinos’ record-breaking Goliath event. (Image: Facebook/Grosvenor Poker)

The annual £125/$150 tournament got underway on July 25. With seven starting flights and records to break, the organizers added some allure to this year’s Goliath by recruiting retired boxer David Haye.

Striking up a partnership with the ex-heavyweight champ back in 2018, Grosvenor Casinos subsequently put a target on his back.

Despite have no prior experience, Haye agreed to play in the tournament which was later dubbed David vs. the Goliath.

Working with Team Grosvenor Poker and a network of friends, the Hayemaker gradually learned the ropes. While the man himself would admit he’s far from world-class, a string of recent cashes showed he’s starting to find his groove.

With a chance to prove it on Day 1E, he lined up alongside 1,318 entrants and made it through session in style.

As well as showing his defensive skills, the knockout artist showed he had some offense. Taking out two players in quick succession, Haye collected enough chips to make it one step closer to a guaranteed top prize worth $122,000.

As the sporting icon was experiencing his own highs, the Goliath was also reaching new heights. Already the largest live poker tournament outside of Las Vegas, the event surpassed expectations even before the final starting flight.

Heading into Day 1G, 7,583 entries, not including pre-registered entrants, had bought in. That was just one entry short of 2018’s record-setting total.

Records Fall as Masses Queue Up 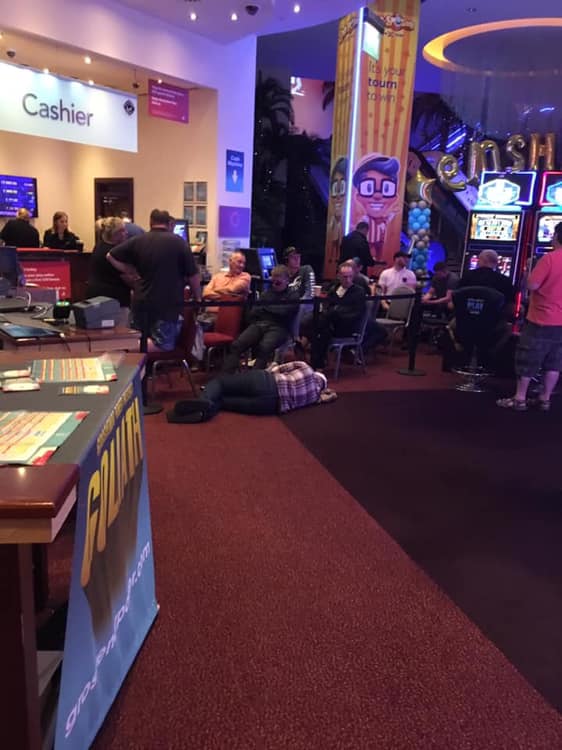 Any fears the final opening flight not attracting at least two players were dispelled long before the cards went in the air on August 2. By 3am, Coventry’s Ricoh Arena had a queue of players waiting to register for their last shot at Goliath glory.

As the tables filled up, a list of more than 700 alternates convened by the rail hoping to get in on the action. By the midway point on Day 1G, the registration desks had closed but alternates were still be moved into the mix.

When the final count was in, the number of entries stood at 9,300, making the Goliath one of the largest live poker events ever and the biggest outside of Las Vegas. What’s more, it tops this year’s World Series of Poker (WSOP) Main Event in terms of total buy-ins.

For Grosvenor Casinos, the achievement is a testament to its continued efforts in the UK. In fact, with pros such as Patrik Antonius paying a visit to the Goliath, the tournament’s reputation is starting to grow on an international scale.

However, the record-breaking Goliath is also part of something much bigger. Over the last 18 months, tournament poker has enjoyed a resurgence.

Alongside Partypoker setting new standards with its Online Millions, the 2019 WSOP was the most successful iteration yet. Between these feats and the continued growth of the Goliath, poker looking healthier than ever.