Ohio Sports Betting Bill Has Bipartisan Support, but No Poker in the Cards

There’s not much common ground to be found between Democrats and Republicans these days, but in Ohio, both sides agree that it’s time to get moving on legalized sports betting. 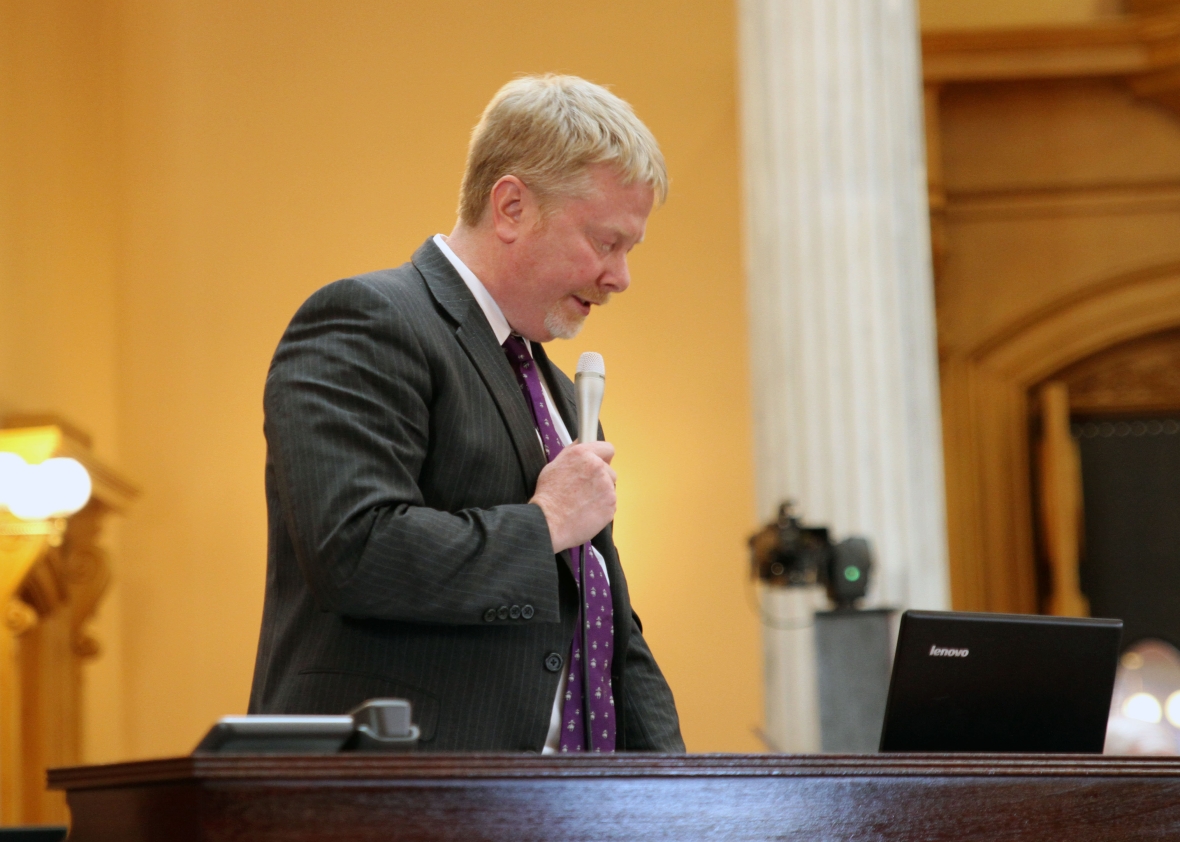 Sean O’Brien is one of the sponsors of a new sports betting bill in Ohio (Source: The Ohio Senate)

State representatives have introduced two new bills aimed at creating a regulatory framework around sports betting in the Buckeye state.

The twin bills were tabled in the Ohio House of Representatives this week. While the wording doesn’t reveal much in the way of details, the objective is clear:

Section 1. It is the intent of the General Assembly to develop and enact legislation legalizing sports wagering.

One of the bill’s sponsors is Republican David Greenspan, and the other is Democrat Sean O’Brien.

Both are keeping open minds with the bills in their infancy.

“There are no preconceived notions as to what that pathway may look like, nor is there a timeline,” Greenspan told Columbus’ WCMH-TV.

Politicians want to hear input from the public before moving ahead with any legislation.

However, O’Brien has some strong preconceived notions about what the bill should not include, such as any increase to the number potential places to place a bet.

“My thinking right now is we already have casinos and racinos set up,” he told WCMH-TV. “I’d kind of like to keep it in those institutions because they are set up for gaming. I’m not sure we want it in every 7-Eleven and every bar.”

There are plenty of other details that will need to be addressed. That includes the issue of integrity fees, a cut of sports betting profits that leagues want to help.

The Buckeye State’s 11 million inhabitants will have a chance to offer their input as well. State representatives are hoping to gather as much feedback as possible before they bring the bill back to the House in September.

Although the bill is in the earliest of stages, there is so far no sign that it will eventually include any provisions for the legalization of online poker.

That has to be a disappointment for players, considering that other states working on sports betting legislation have made poker a priority. Pennsylvania is expected to legalize online poker when it rolls out sweeping changes to gaming legislation later this year. The state has already started accepting poker license applications.

New York lawmakers are also expected to pass new sports betting legislation in the coming months. While plenty progress needs to be made before poker players in that state can join the online pool, the possibility is at least on the table.

New Jersey, Delaware, and Nevada are currently the only three states sharing a player pool for online poker.

Meanwhile, West Virginia is also expected to have sports betting regulations in place by the end of the year. However, there are no plans it this stage to legalize online poker as part of those new laws.