The Oakland Raiders won’t be migrating to Las Vegas until 2020, but sports bettors in Sin City are already in love with the silver and black. No other NFL team has received more bets to win the Super Bowl than the future hometown favorites. 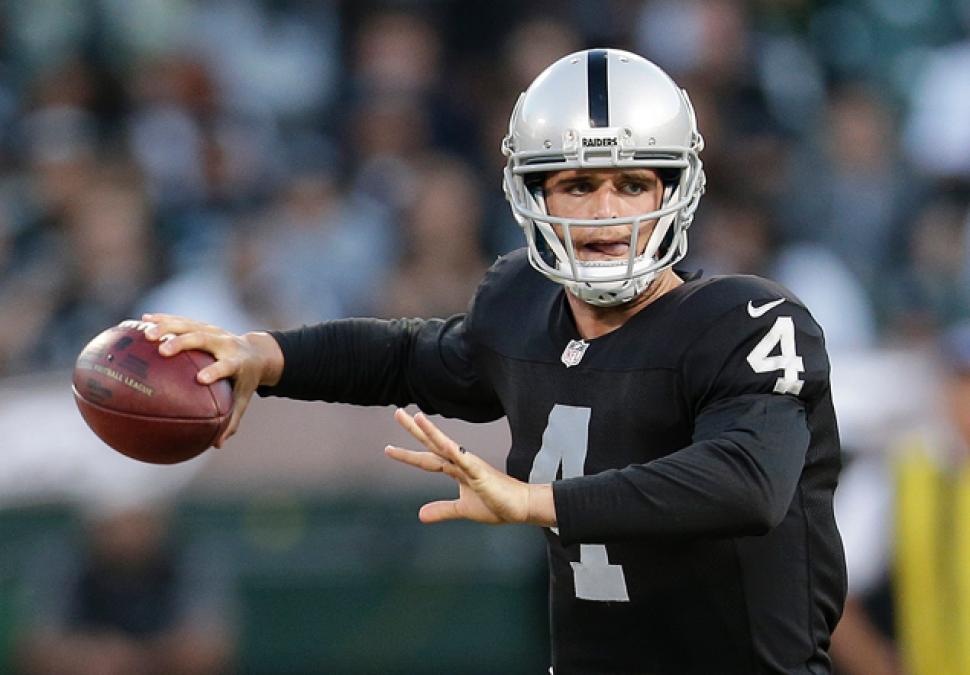 With the NFL season three weeks away, the bettors in Las Vegas are gearing up for what they hope is a Super Bowl championship season in Oakland. According to ESPN.com, numerous sports books in town, including Caesars, William Hill, and Westgate, have reported that more money has been wagered on the Raiders than any other team.

At William Hill’s 108 Nevada sports books, nearly twice as many bets have been placed on Oakland to win the Super Bowl than on any other football team, including the defending champion New England Patriots.

Ed Salmons, Westgate sportsbook’s assistant manager, told ESPN.com that as of August 15, Westgate had taken 43 bets on Oakland to win its season opener against the Tennessee Titans, and just four picking the other side.

Oakland is set to relocate to Las Vegas in 2020, after the city builds them a $1.9 billion state-of-the-art stadium. Buzz around town, three years in advance, has already begun. But is the anticipation the reason for the Raiders getting so much love from the bettors? Salmons doesn’t think so.

“I don’t think it has anything to do with the Las Vegas angle,” Salmons told David Purdum of ESPN.com. “Last year, the Raiders played really high-scoring games, and they started covering spreads. That is just the dynamic of a public team.”

Coming off a 12-4 season last year, it was the first time the Raiders made the playoffs since 2002 (they made it all the way to Super Bowl XXXVII but lost to the Tampa Bay Buccaneers). The team now returns with a boat load of talent, including a potential MVP candidate in quarterback Derek Carr. Oakland also plays in what figures to be a moderately weak division, the AFC West. These two factors are among the reasons the soon-to-be-moving-south squad checks in at 6-1 odds to win the Super Bowl.

The New England Patriots (3-1) is the only team that oddsmakers currently consider more likely to hoist the Lombardi Trophy in February.

The Raiders’ Super Bowl hopes will again rest on Carr’s health status. He’s been medically cleared to play following a serious December leg injury that sidelined him from the team’s lone playoff game last year, which turned out to be a loss against Houston.

If Carr can remain healthy all season, Oakland has a legitimate MVP candidate at the most important position on the field. Behind him in the backfield, the Raiders added “Beast Mode” aka Marshawn Lynch to bolster an already solid running game.

Lynch, a former star and Super Bowl champion with Seattle, hasn’t played since 2015, however. He’s now 31 and it’s unknown yet how durable he’ll be.

The offense in 2016 wasn’t a problem. In fact, it was one of the best in the NFL, averaging 373 yards per game. But the defense, well, that’s a different story. The Raiders gave up 375 yards a contest, seventh worst in the league.

If the Raiders are going to make the bettors happy by winning the Super Bowl, they’ll have to tighten up that Swiss cheese defense.

The Raiders have a good chance. Lynch is not what he was but he will give the play action to an already world class quarterback. go raiders