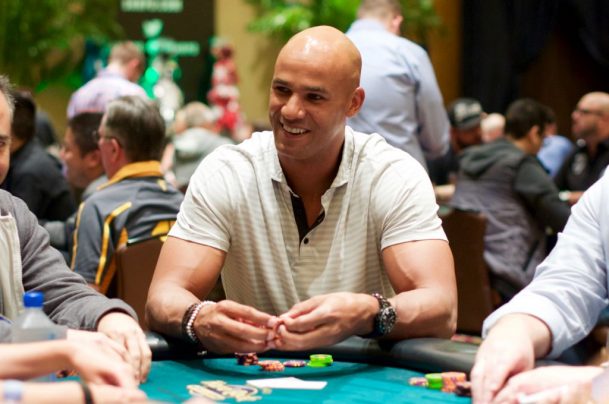 The recent Pro Football Hall of Fame inductee will also compete in this $300 buy-in event which benefits the Jason Taylor Foundation, a non-profit organization that raises money to help underprivileged South Florida children.

Taylor, a legendary South Florida athlete who spent 13 seasons with the Miami Dolphins, considers poker a hobby. More than $10,000 in prizes will be up for grabs in this charity event. That includes a $3,500 seat in the March 31 WPT Seminole Hard Rock Poker Showdown and a four-day vacation in Cancun, Mexico.

But the main focus of the evening will be to raise money for children. Seth Levit, the foundation’s executive director, told SouthFlorida.com events such as these are quite helpful for the charity.

“Between our portion of the entries as well as the silent auction we hold, we raised more than $20,000 last year,” he said.

Taylor hosted this same event last year. The former NFL star placed third in the tournament. He admits his poker playing style is a bit on the loose side because he’s “impatient.”

Jason Taylor is one of the most feared pass rushers in NFL history. He finished his 15-year career in 2011 with 139.5 sacks, 7th best all-time. He was a six-time Pro Bowl selection and spent 13 years with the Dolphins.

The 42-year old out of the University of Akron became an instant playmaker soon after being drafted in 1997. His best season came in 2002 when he picked up 18.5 sacks, tops in the National Football League. The former defensive end also record 46 forced fumbles and 29 fumble recoveries.

During the 2008 offseason, Taylor traded in his pads for dancing shoes and appeared on the hit TV show Dancing with the Stars. The fierce competitor finished runner-up to figure skating legend Kristi Yamaguchi.

WPT Season Coming to a Close

It will be the final opportunity for Mike Sexton or Sam Panzica to catch Benjamin Zamani for Player of the Year. Both players are still mathematically in the hunt.

The tournament will conclude April 5. Two days later, the WPT will wrap its season up with a $15,000 Tournament of Champions at the same casino. The event is open to Season 15 and past winners.