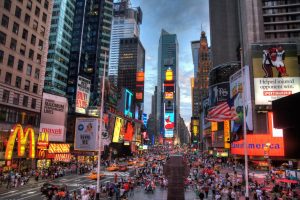 New York Senator, John Bonacic, has renewed his push for regulated online poker in the Empire State with a bill entitled S5302-2015.

Having previously made a bid to have online poker regulated in New York back in 2013 with bill S6913-A, Bonacic resumed his campaign late last week with a more inclusive legislative proposal.

Riding the wave of positive momentum that’s currently flowing through New York, moreover the US, Bonacic has used S6913-A as a base, but made some important alterations given the current iGaming climate.

Picking up on the need for playerpool sharing, Bonacic’s bill would allow New York operators to form intrastate pacts with similarly regulated states, such as Nevada, Delaware and neighboring New Jersey.

As well as giving operators a greater chance to create bustling games with deep player pools, S5302-2015 doesn’t exclude so-called bad actors. Unlike some iGaming bills that have sought to block operators that continued to offer games post-UIGEA (e.g. PokerStars), Bonacic’s aims to welcome everyone.

In addition to giving more operators the ability to go live within New York state lines, the absence of a bad actor clause should give the market a greater chance of success.

Although no single site can carry a state, many industry insiders have suggested that PokerStars’ return to the US will help the economy as a whole.

This theory is something New Jersey operators and players are currently hoping will prove true when the operator’s partnership with Resorts Casino, Atlantic City, finally evolves into a virtual relationship.

In addition to focusing on bad actors and intrastate pacts, S5302-2015 will also force a slight alteration to New York’s current gambling laws.

As it stands, any game of chance, when not played inside a licensed casino, is illegal in New York. However, Bonacic has proposed a change to the language contained within Section 225.00 of New York’s penal law.

Instead of classifying all casino games, poker included, as games of chance, the new bill would introduce a degree of flexibility.

By introducing the phrase “material degree”, Bonacic hopes to exclude poker from being seen solely as a game of chance and, therefore, a legal activity within the state.

If Bonacic’s bill is successful, then New York could soon be set to welcome ten licensed operators. Under the terms of S5302-2015, each of the ten approved operators would have to pay a $10 million license fee before they go live.

On top of this $100 million cash injection obtained from the licensing fees, each igaming operator would be subject to a 15% tax on gross gaming revenue which should generate a significant amount of revenue for New York’s state purse.

Although Bonacic’s bill has been well received by the US online poker community, there are currently no hearings or votes scheduled for S5302-2015.

Fortunately, there is currently a lot of positivity about online gaming in the US and if more political forces come out in support of Bonacic’s bill it may not be long before it receives serious consideration from state legislators.

Are there 10 OLP sites left that would be willing to pony up $10Mil? Keep in mind that it would look to them like they would have to do something similar in each state. The results from the NV and NJ ‘experiments’ highly suggest that is way to much for a marginal market.