A specially designed mobile phone could be helping people cheat at poker: that’s the warning from Google’s anti-abuse team. 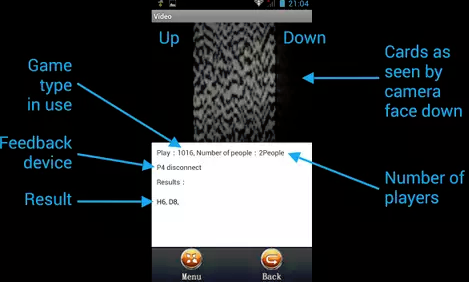 Speaking at this year’s summer DEF CON 24 conference, Google’s Elie Bursztein explained that the Smartphone device could be purchased online for $1,300 and enable unscrupulous poker players to gain an unfair advantage.

Delving into the Device

Discussing the device at the Las Vegas tech conference back in August, Bursztein detailed his experience with it in three October blog posts.

After learning about the phone via an underground forum post back in 2015, the anti-abuse researcher decided to see for himself whether or not it actually worked.

A few weeks of research and some clever tech tricks later, and Bursztein was able to source the manufacturer and order one for $1,300 (as opposed to the usual cost of $5,000). Despite some trepidation, the device arrived along with a few decks of marked cards and some accessories.

According to Bursztein, the device looked very much like a phone, but once he started exploring its features it showed its true potential.

Much like the real thing, the phone could make calls and run apps. The one major difference, however, was that it had an infrared option that allows users to see the cards of their opponents.

Activated by an app on the home screen which is simply labeled “game,” a hidden camera (on the side of the phone) is able to read invisible markings on the corners of a dodgy deck. This combination of images, infrared-absorbing ink, and LEDs then allows the device to predict the value of the card in view before displaying it to the user.

Although Bursztein goes into a lot more detail over the course of his blog posts, the main takeaways are that it’s a highly sophisticated piece of equipment, and even more shocking, it’s being used in poker rooms currently.

Despite initially thinking it was a product mainly being used by Asian cheaters, Bursztein has since learned that it’s been spotted in card rooms across Las Vegas.

How criminals are manipulating the game in order to introduce the marked cards is unclear, but it’s possible that players in private games are being duped. In much the same way that Absolute Poker and UltimateBet players were victims of a super-user, live players could now find themselves playing against someone capable of seeing their hole cards.

In summarizing the product, Bursztein concluded that “high-end poker cheating devices are real and highly efficient,” which means poker players should be alert when it comes to private games and players with phones on the felt.

No electronics at the table.

yeah that should be a new rule