New Jersey casinos and racetracks earned more than $3.8 million in revenue from sports betting in July, a figure that is more than double the amount made from online poker in the same month. 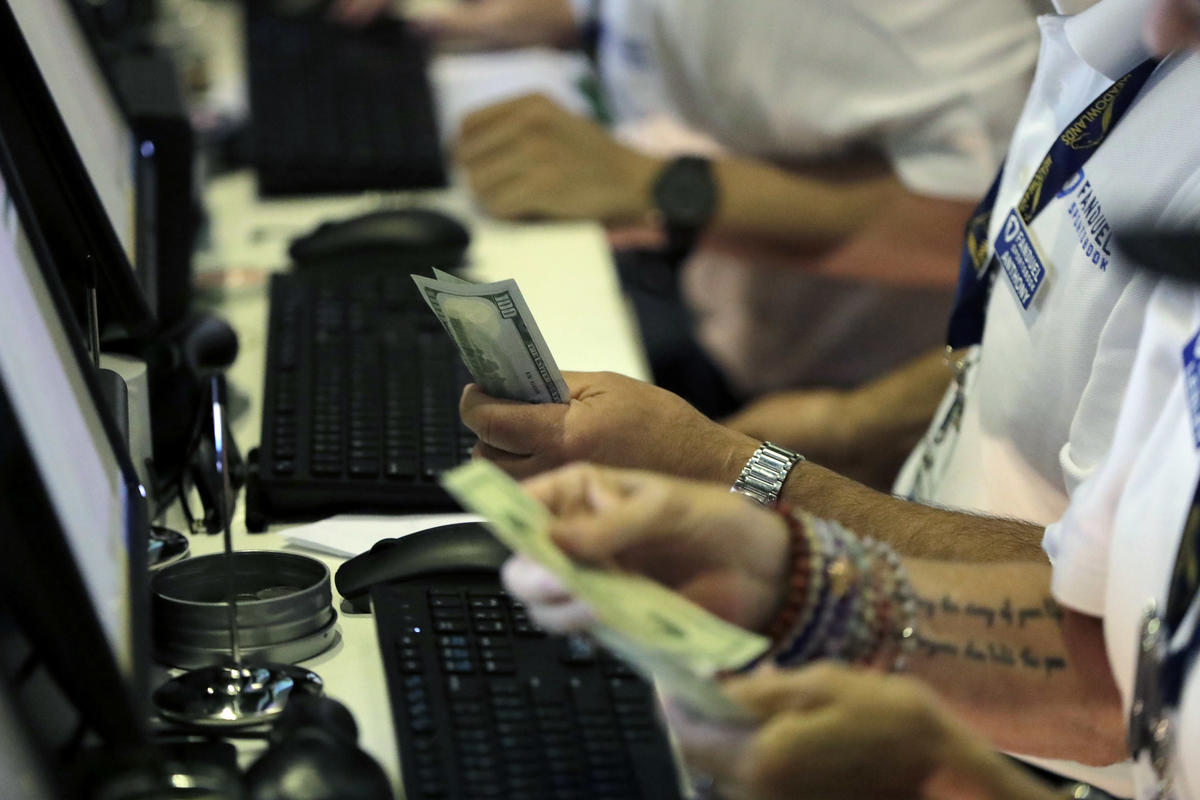 Employees handle cash at the FanDuel Sportsbook at Meadowlands Racetrack on July 14, the opening day for the venue. (Image: AP/Julio Cortez)

The five sportsbooks that were active in the state during July took a total handle of nearly $40.7 million over the course of the month. That amounts to about $1.3 million in betting per day, up from $965,000 per day in June.

State and industry officials will likely be happy with that level of growth, particularly in a month that is traditionally slow for sportsbooks. With the World Cup ending in mid-July, and baseball’s All-Star break providing the quietest week of the entire year, a mid-summer lull makes it difficult to put these numbers in context or estimate how much larger they could grow in football season.

The month of July saw two new sportsbooks – the FanDuel Sportsbook at the Meadowlands, and one at Bally’s in Atlantic City – added to the three that were already in operation at Monmouth Park, the Borgata, and Ocean Resort Casino.

While Bally’s only started taking bets on July 30, making it too late to significantly contribute to the revenue total, the Meadowlands sportsbooks was an immediate success. Despite not opening until July 14, it surpassed its competition throughout the state, bringing in an industry-leading $1.36 million in revenue for the month.

That was great news for Meadowlands operator Jeff Gural, who said he believes the FanDuel-operated sportsbook should “dominate the market.” However, he cautioned that the evolving New Jersey betting landscape could still change the picture going forward.

“The real test will come when companies get their sportsbook online, because that’s where most of the customers are expected to come from,” he told the Associated Press.

Meanwhile, the two sites that launched the first sportsbooks in the state on June 14 – the Borgata and Monmouth Park – both saw their revenues decline in July despite having a full month to work with. Monmouth Park saw a particularly large decline, as they took in $856,280 in July, compared to $2.28 million in June.

Monmouth Park chairman and CEO Dennis Drazin said that he expected a drop because of the MLB All-Star break, and that the William Hill-operated sportsbook was gearing up for the lucrative NFL season.

The numbers coming out of the nascent New Jersey sports betting market show that despite downplaying expectations, sportsbooks could generate much more revenue than online poker in the state.

Internet poker brought in about $1.85 million during July. That is up about five percent from June, but still represents a worrisome eight percent year-over-year drop for the online poker industry in the state – especially considering online casino revenue grew nearly 30 percent compared to the previous July.

Meanwhile, sports betting is poised to grow further. DraftKings recently launched the first online sportsbook app in the state, while Harrah’s and Resorts AC will both show up on the brick-and-mortar sports betting revenue report for August.

Of course they would get more in profits if especially in the soccer world cup that was a complete disaster, as if the bookmakers bought many games .. it gives a lot to think

August will show definite slowdown but NFL opening season September 9th., show another huge increase. Do not see that happening for Poker. When is Poker at is highest in online revenue? Winter -weather? vs Summer- Kids out of school more time online?