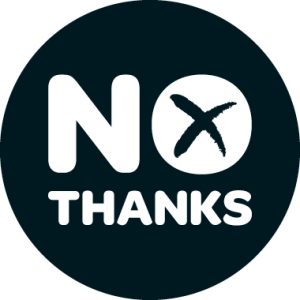 New Jersey will remain a one location casino state after voters unanimously rejected a proposed expansion to the North Jersey area.

The long-running debate of whether casino operators should be able to set-up shop in North Jersey was finally put to the vote on November 10.

The idea of extended New Jersey’s casino provisions beyond Atlantic City has been the subject of many public and private discussions for more than a year.

Unsurprisingly, many of Atlantic City’s casino investors were keen to see the proposals rejected and, according to reports, they got their wish.

Atlantic City has been the home of casinos in New Jersey since 1976 and that’s the way it will stay after the referendum saw 79 percent of voters reject the plans.

Those who wanted to see two casinos granted permission to open up 72+ miles north of Atlantic City had already begun waving the white flag two months ago. Real estate investor Jeff Gural and billionaire Paul Fireman has backed the proposal as it would have allowed them to open casinos in Jersey City and Meadowlands.

But, with the polls suggesting that it had no chance of passing, the investors cut their losses pulled out in September. The pair will no doubt be happy with their decision, but that doesn’t mean it’s good news for everyone.

Atlantic City has long been a destination for poker players on the East Coast. However, with North Jersey sitting closer to New York, it would have served as an ideal spot for poker players in the surrounding area.

No Fresh Blood for Poker Players

New York has traditionally been tough on casinos. Up until 2013, players could only play table games in a selection of venues located on Indian reservations. Following the change of law in 2013, New York allowed a maximum of seven Vegas-style casinos to open within the state. But, poker players would have still benefited from two additional venues in North Jersey.

With a much longer history of poker, New Jersey is often the preferred destination for poker players in New York. Thanks to the steady stream of tourists that frequent poker rooms in Atlantic City, grinders have historically enjoyed a healthy win rate in the state.

Unfortunately, following the no vote, any hopes of some fresh blood for poker players in New York and New Jersey is gone. Fortunately, however, New Jersey’s poker scene is starting to enjoy a new lease of life thanks to new events such as PokerStars Festival.