New COVID rules in England mean that poker players will have to wear facemasks inside casinos beginning on Friday. 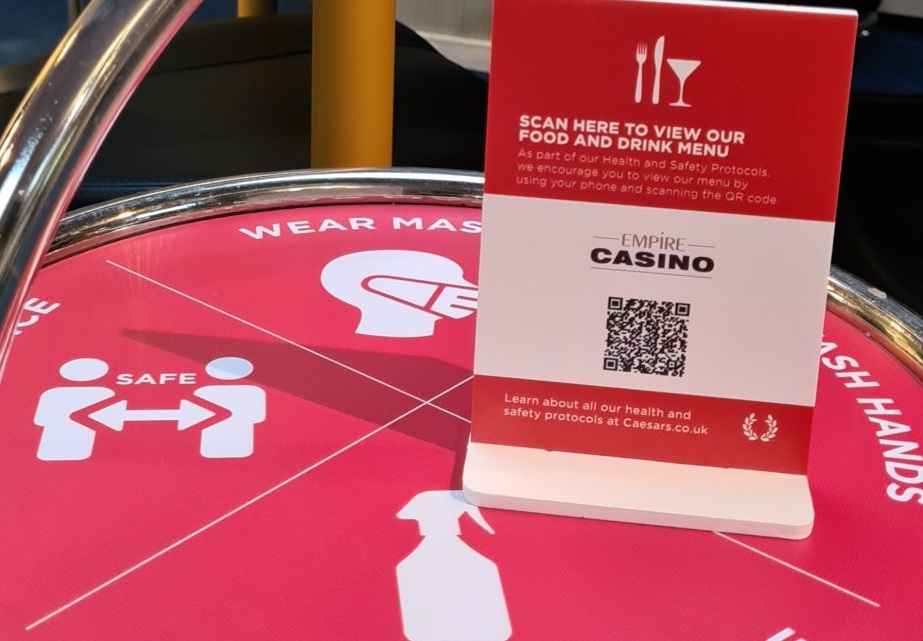 Starting Friday, poker players in England will have to wear facemasks when they visit casinos in England. (Image: Empire Casino)

The abrupt change comes amid concerns that the Omicron variant could cause a spike in hospitalizations across the country.

Prime Minister Boris Johnson announced the news Wednesday night. In addition to making facemasks mandatory in most indoor settings, controversial COVID passes will become a condition of entry in certain venues as of Dec. 15.

England dropped all of its COVID restrictions in July and, despite some experts predicting the move would have potentially devasting consequences, the number of deaths hasn’t gotten out of control. In fact, the daily average has been falling since October.

COVID deaths have been dropping in England since October. (Image: Gov.UK)

The number of people hospitalized with COVID has also come down over the past six weeks. However, with countries across Europe imposing new restrictions, Johnson has taken pre-emptive measures. People have been asked to work from home, if possible, and the latest “guidance” from the government is that facemasks should be worn in public settings, including in casinos.

CardsChat called two of London’s largest casinos, the Empire and the Hippodrome. The representatives we spoke to said they’re unsure as to whether the new COVID rules will apply to their venues. The officials said they haven’t been given any official confirmation of the changes, but said any new rules will be published online. They also suggested that a COVID pass would be necessary to enter the premises, but again, say there’s been a lack of communication from official sources.

Casinos are mentioned in the government’s list of places where facemasks are necessary. However, the latest guidance also states that the following venues are exempt from the mask mandate:

Given that the Empire and Hippodrome both contain restaurants and bars, it may be the case that masks are either not required, or will only be required in certain areas of the properties. Initial assumptions are that masks will be necessary, though casino officials couldn’t confirm this will definitely be the case.

Noticeably lacking in the government’s so-called “Plan B” are references to social distancing. Therefore, it’s unlikely that Perspex screens and caps on the number of players at a gaming or poker table will return in the latest wave of restrictions.

Guidance anything but clear

The new COVID rules will come into play before a vote in the House of Commons on Tuesday. Although the Prime Minister expects to win the vote and make the rules official, a number of MPs are unhappy with the latest move. Not only are they opposed to making restrictions based on “what ifs,” some believe it could be a distraction technique known in political circles as a “dead cat.”

Lawyer Helen Dale believes Plan B is "a dead cat" to distract the public from the Downing Street Christmas party controversy.@Iromg | @_HelenDale pic.twitter.com/50HFxHXDAd

Johnson’s government is currently pushing back on claims that it held multiple social gatherings while the rest of the country was in lockdown. Johnson denies the accusations, but unnamed MPs speaking to ITV, are suggesting the new COVID rules could be a distraction.

While the U.K. was locked down.

Political wrangling aside, England is now in the midst of new COVID rules and that means poker players won’t be able to ante up as freely as they have done since July. What that means in context, however, will only become clear in the coming days.