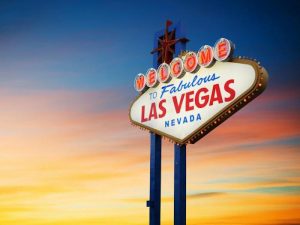 Nevada poker rooms hit a new high in September, but instability is still cause for concern. (Image: travelchannel.com)

Nevada poker rooms received a boost in September with increased activity leading to a year-on-year increase of almost 1.5 percent.

The latest figures from the Nevada Gaming Control Board have revealed that poker rooms across the state won $8.44 million from players in September.

Taking into account the profits of 65 venues housing a total of 606 tables, the latest result shows a 1.47 percent increase on the same period in 2015.

Overall, 2015 has been something of a mixed back for Nevada’s poker rooms. As expected, the summer months of June and July were busy thanks, in part, to the World Series of Poker (WSOP).

A Year of Ups and Downs

But, in spite of July providing a 7.63 percent year-on-year increase, the overall revenues were down by 0.3 percent in the 12 months to October 1, 2016. Much of the annual damage was done in May when the pre-WSOP buzz failed to inspire the masses.

In line with this revenue rollercoaster, September reversed the year-on-year dip experienced in October. Quite where the problem areas are isn’t clear from the reports as the Nevada Gaming Control Board blends its live and online stats into a single figure.

If the problem lies with the state’s live poker rooms, then it would be in spite of a healthy influx of tourists to Sin City. McCarran International Airport recently reported that it had breached the four million passenger mark for five consecutive months, which would suggest there are plenty of players visiting the strip.

Is Online Poker at Fault?

If the problem doesn’t involve the live poker rooms, then it could be the online arena where the takings aren’t stable.

Despite WSOP.com’s playerpool sharing deal between Delaware and Nevada, the state still appears to be struggling when it comes to Internet poker.

WSOP NV/DE Lottery does currently rank higher than New Jersey’s leading poker sites, but this is only thanks to the cross-border deal.

A 24 hour average of 331 cash game players is certainly respectable, but when you combine just two of New Jersey’s poker networks, WSOP/888 and PokerStars, the 24 hour average is in excess of 500.

Although it’s impossible to compare Nevada’s online revenue to New Jersey’s without having the data, with the latter raking in just under $2 million in September, there’s a chance the former is falling behind.

Leaving each state’s relative merits to one side, the overall message seems to be that everyone could be doing better.

The issue of playerpool sharing between all three licensed states is one that doesn’t want to go away and the latest figures suggest there is a good reason for this.