Kevin Gerhart won his first WSOP bracelet and $119,054 last summer in the $1,500 Razz event. Just under one year later, Gerhart struck gold again with a victory in the $500 Pot-Limit Omaha event to earn his second World Series of Poker bracelet and a top prize of $97,572. 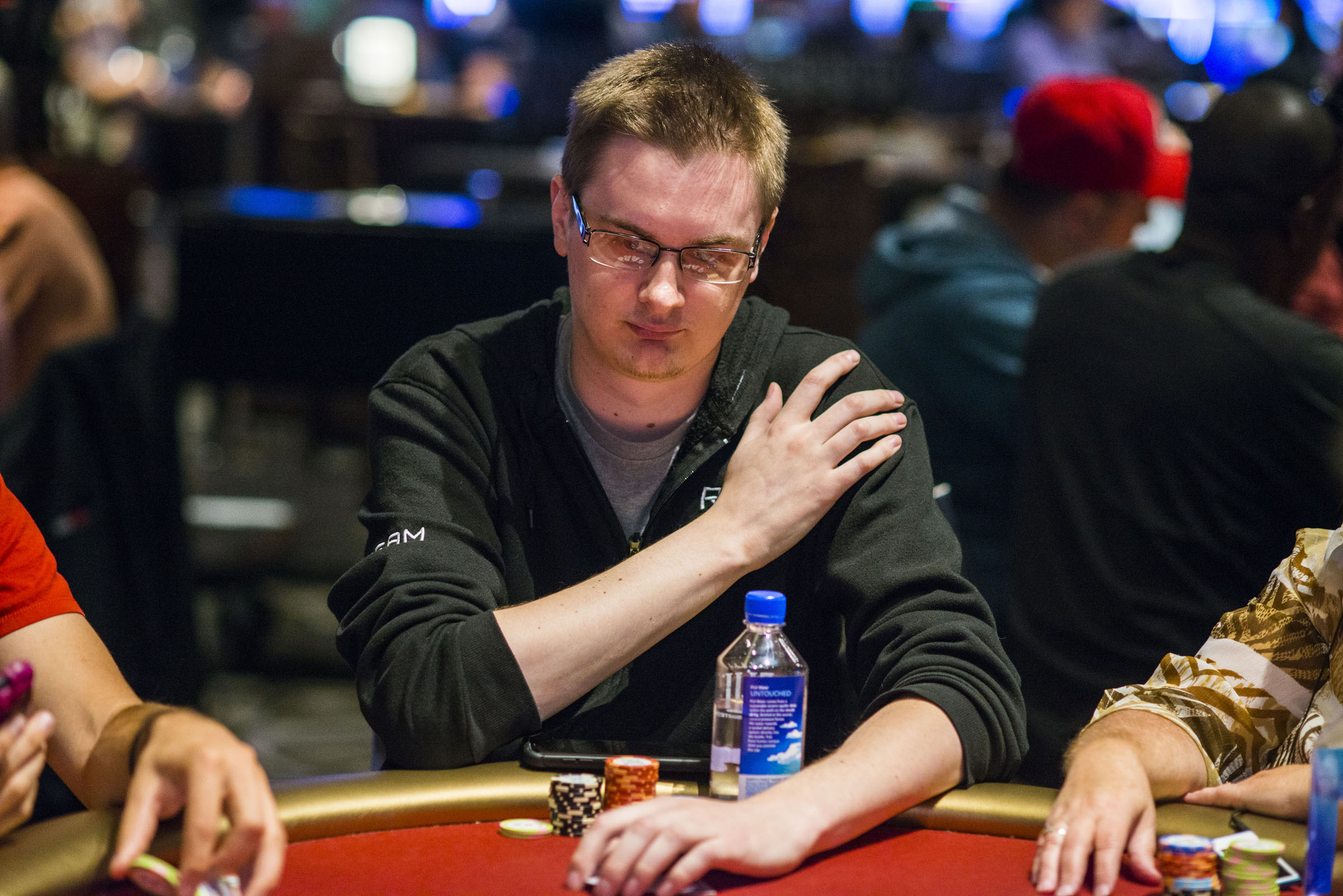 Kevin Gerhart picks up his second bracelet in the span of one year (Image: Joe Giron)

Gerhart (TheRealKG) is no stranger to tournament success. From 2016 through 2019, he recorded 114 live tournament cashes per his Hendon Mob profile. Gerhart entered this series with a circuit ring, a bracelet, and 41 cashes for $302,363 in WSOP events. The Ohio native outlasted a field of 1,137 entries in what was the longest event of the online series to date, clocking in at 13 hours and two minutes.

The online rail for the $500 PLO event was in full swing on Monday evening as Daniel Negreanu (DNegs) and Phil Hellmuth (Lumestackin) were both seated at the same 6-handed table with fewer than 100 players remaining. In the key hand at the table, Negreanu raised under the gun and called a short-stack shove from Hellmuth to his immediate left.

Negreanu tabled the 8♣ 6♥ 4♥ 5♦ and was behind against Hellmuth’s K♥ K♦ Q♦ 10♠. The 7♣ A♠ J♦flop brought no immediate help to Negreanu, but the 4♣ on the turn brought in his backdoor straight draw and the 3♠ on the river completed the nut straight, eliminating Hellmuth in 95th-place ($921). On Twitter, Negreanu lamented the fact that he didn’t get the chance to experience a Hellmuth blow-up in person.

The WSOP online series continues today with a $777 No-Limit Hold’em 6-Max event. Players will start with 15,000 in chips and be entitled to two rebuys.