Nate Silver was Off Base on his 2020 Presidential Polling Forecast
November 9, 2020 Law & Politics

Nate Silver forecasted Joe Biden’s chances at winning the presidency at nearly 90%, but the former online poker pro’s FiveThirtyEight polling model, on the whole, was far from accurate … again. 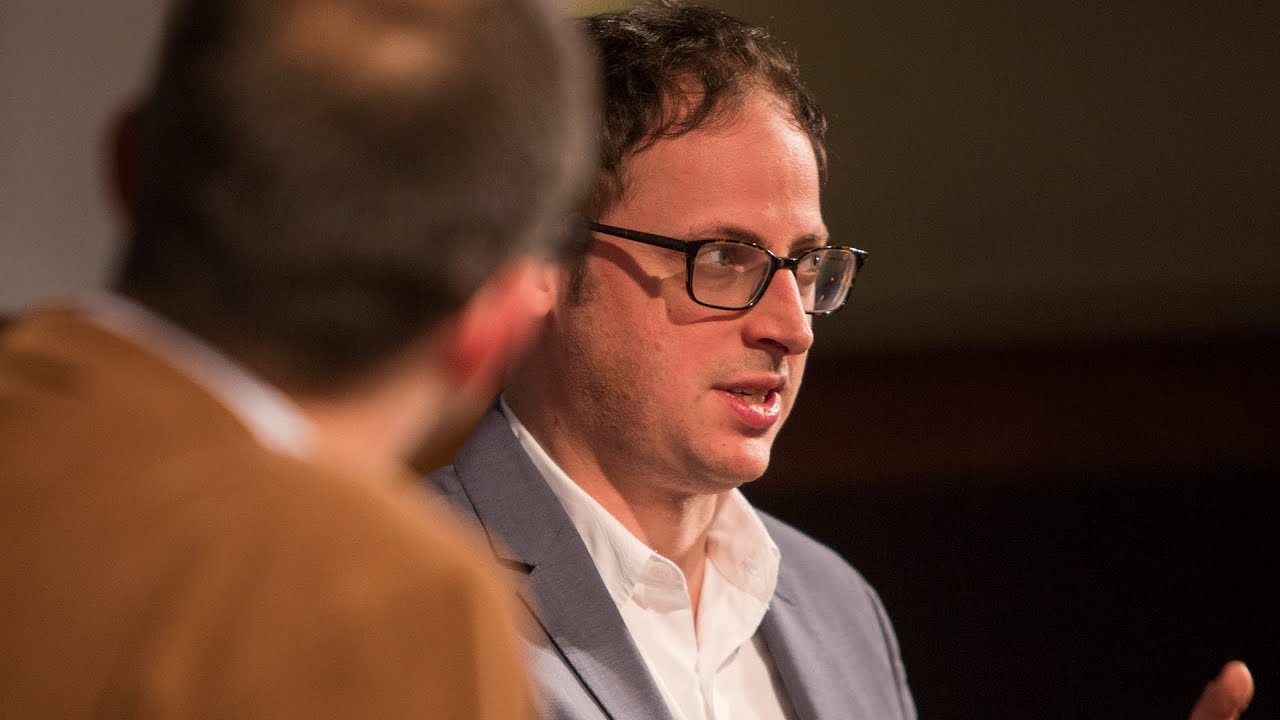 Nate Silver might want to return to poker now that his credibility as a polling expert is in question. (Image: YouTube)

FiveThirtyEight, Silver’s website, gave Donald Trump a 30% chance at defeating Hillary Clinton in 2016. Those odds were higher than any other mainstream media outlet, but his polling model was still off in most swing states.

Silver claimed pollsters adjusted their methods this year following Trump’s stunning victory four years ago. He expressed confidence in the pre-election polls that showed Biden with a huge lead nationally and, more importantly, in swing states. As such, his forecasting model at FiveThirtyEight accounted for Biden’s polling favorability versus Trump and gave the incumbent candidate about the same odds to win as cracking pocket aces with a smaller pair.

In swing states such as Michigan and Wisconsin — states Trump won in 2016 — FiveThirtyEight’s cumulative polling model showed Biden way out in front. As we’ve since discovered, the real results don’t seem to match projections.

Where Did Silver Go Wrong?

Years ago, Silver gave up playing poker professionally in favor of analyzing baseball stats and, eventually, politics. Given FiveThirtyEight’s forecasting results for past two presidential elections, he may want to go back to playing poker for a living.

Simply put, pollsters underestimated Trump’s support, and Silver did as well. The election isn’t officially over as final votes are still being counted throughout the country, but there are enough votes to get a sense for how accurate Silver’s model turned out to be. And it’s not looking very good for the poker player.

Do Polls Have a Liberal Bias?

There were 12 swing states that were most important to the 2020 US presidential election. In all 12 of those states, Biden underperformed the FiveThirtyEight forecast. In seven of those states, Silver’s polling model projections were outside the margin of error, and two swing states were barely within the MOE. 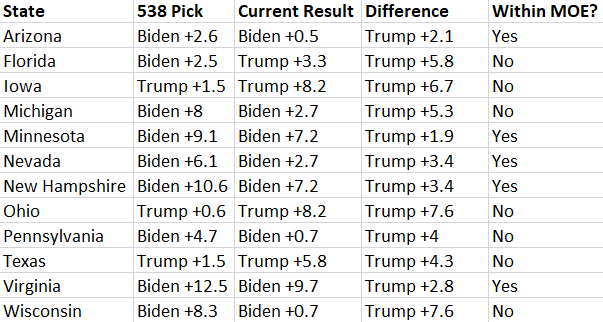 Many Trump supporters have accused the polls of having a liberal bias and oversampling Democrats. Silver doesn’t buy that claim and his polling model, which is an aggregate of numerous polls, weighs more heavily on polls that Silver considers to be of the highest quality.

In a recent post, Silver explained the reason Biden won but Clinton didn’t in 2016 is due to Biden having a higher margin for error. Clinton, who led in most polls heading into the 2016 election, Silver says, couldn’t withstand a polling error.

The reason Biden's win probability was ~90% is precisely because he could withstand a fairly large polling error when Clinton couldn't, which is exactly what happened. Indeed, our model assumes polls are fairly error-prone. https://t.co/F47OcVHqNK https://t.co/tJDXcNGkXY

He’s right, as the favorite this time around defeated Trump. But Silver also hasn’t publicly accepted the fact that his polling model was off by a wide margin again in 2020. The numbers don’t lie, and they tell a compelling story: Silver underestimated the massive Trump support in this country.

Silver can spin it all he wants. He can claim the average polling error was Trump +3.3, which he did on Twitter on Monday, but FiveThirtyEight’s model overestimated Biden’s support in every single swing state, as it did in Clinton’s favor four years ago. Perhaps, the polling error is actually oversampling Democrats and failing to grasp Trump’s true support.