There may not be anyone with more at stake — outside of the candidates — in the upcoming US presidential election than Nate Silver. The former online poker pro, who now runs the FiveThirtyEight website, gives Joe Biden a high percentage chance at winning. And if his polling model isn’t accurate, he’ll face heavy backlash from supporters of both political parties. 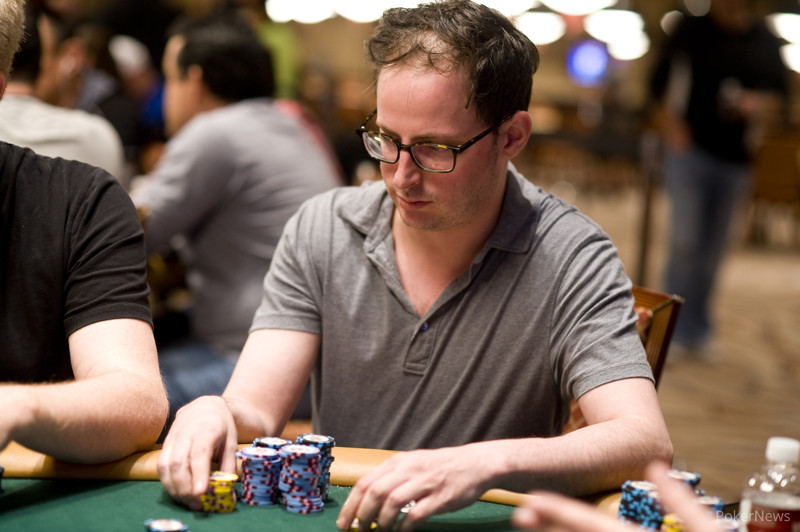 Silver is widely considered one of the world’s top polling experts, but his reputation took a hit, fair or otherwise, in 2016 when Hillary Clinton lost to Donald Trump. FiveThirtyEight’s model projected Clinton had a 70% chance of winning.

Many poker players realize that didn’t mean she was guaranteed to win, and that Trump actually had a decent shot at pulling off the upset. Pocket nines all-in pre-flop don’t always beat Ace-rag.

But many outside poker — Democrats and Republicans — don’t understand probabilities. So, Silver’s credibility took a hit even though he didn’t guarantee a Clinton victory. He’s received criticism from supporters of both parties over the past few years. When he posts a projection of the upcoming election on Twitter that is favorable to Biden’s chances, he’s met with a barrage of social media users reminding him of how wrong his model was in 2016.

Silver, 42, has a ton riding on the Nov. 3 election, and we aren’t talking about wagers. FiveThirtyEight currently gives Biden an 88% chance of booting Trump out of the White House. That’s higher than the statistics-based website forecasted for Clinton in 2016.

Silver has more than 3.4 million Twitter followers and millions who read his popular website. Those numbers may dwindle significantly if Trump pulls off another win.

FiveThirtyEight isn’t a traditional polling website. Silver’s model doesn’t just include one or two polls. Instead, it bases its projections on a cumulative score from numerous polls, some weighted more heavily than others.

Silver created the website in 2008 after he stopped playing poker professionally. In 2013, ESPN acquired FiveThirtyEight and hired Silver as its editor-in-chief. Under his leadership, the site has won multiple journalism awards, including the 2016 Data Journalism Website of the Year Award from Paris.

He built arguably the most recognized political polling analysis brand in the US, but he risks losing credibility and, potentially, many followers, if the election doesn’t go his way.

Silver is now gambling on his political forecasting model accurately projecting the 2020 US presidential election. Before he ever took on his current career path, he was a successful online poker pro and baseball stats guru.

Silver gave up poker more than a decade ago because the game he played — Limit Hold’em — dried up. From 2004-2006, he grinded the high-stakes limit games online.

He still plays cards recreationally and occasionally works in a poker reference on Twitter when discussing politics. Last year, he wrote an article on FiveThirtyEight explaining how Donald Trump is a terrible poker player.

“Good players play in such a way as to avoid putting themselves to tough decisions. Bad players, conversely, tend to paint themselves into corners. They’ll curse their luck when they suddenly realize that a hand they’d assumed was a winner might be no good …. Sound familiar? It sounds a lot like Trump” he wrote.

Silver is gambling in a different way these days. Instead of chasing flush draws and check-raising the nuts, he’s betting on his credibility.

Joe Biden is a slight betting favorite (-160 to +120) per Oddsshark, but Silver’s polling model gives the former vice president an even higher chance at winning the high-stakes election.

FiveThirtyEight’s model currently has Biden out in front by 10.8 percentage points nationally. However, that number is completely irrelevant in determining a winner. The election victor is determined by the Electoral College, not overall votes. Each state is worth a certain number of electoral votes that go to the candidate who wins that individual state’s popular vote.

The current election season is no different than any other year in that the election will be determined by five to eight swing states. And this is where Trump, who lost the national popular vote by 3 million in 2016, will again have an edge; hence the reason nearly 75% of all off-shore bets in the past week were placed on the incumbent.

Polls in swing states such as Pennsylvania, Florida, Ohio, Iowa, and North Carolina are all much closer than the national polls. In Florida, one of the most crucial and hotly contested states, FiveThirtyEight’s polling average gives Biden a 3.8-point lead. That’s within the margin of error, which means even if the polling is accurate, Trump could still win the state, along with its valuable 29 electoral votes.

Much is at stake in the upcoming election. For Trump, he remains in power for another four years. For Biden, his opportunity to land his ultimate dream job after nearly 50 years in politics. And for Silver, potentially, his reputation.