The 2021 World Series of Poker has been unlike any before it. From being held in the fall to vaccination requirements to masks at the tables and the absence of cell phone charger guys in the Rio hallways, this year has been different. Another first, starting today, is that PokerGO will be livestreaming the Main Event in its entirety. 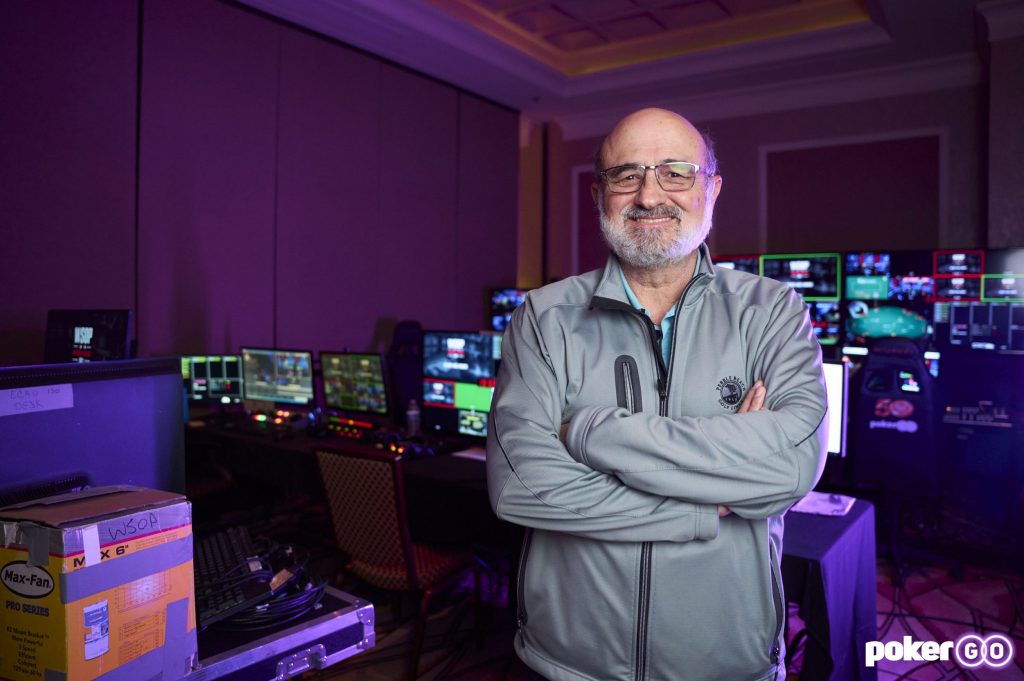 Mori Eskandani, seen here in the WSOP production studio, is a Poker Hall of Famer who arguably has been more influential in how we view live poker than anyone else. This is the first year he’s at the helm of the PokerGO livestream coverage. (Image: PokerGO)

This move has been a few years in the making, says Mori Eskandani, president of PokerGO since February.

Eskandani, 65, has arguably been the most influential man in poker broadcasting since 2011 when he began producing the WSOP show that ESPN aired. But now that broadcasting has shifted to a new partner, CBS Sports, Eskandani has taken his vision to PokerGO, which has been livestreaming World Series events since 2017.

“It’s been a successful partnership we hope to continue to expand upon each year,” Eskandani said.

But 2021 will be the first time ever that the WSOP Main Event will be livestreamed from start to finish. It will also be the first year that Eskandani, a Poker Hall of Famer, is running the livestream show.

“Viewers will be able to watch the WSOP Main Event all in one place,” Eskandani said, “starting with the early levels of the tournament all the way until a world champion is crowned.” 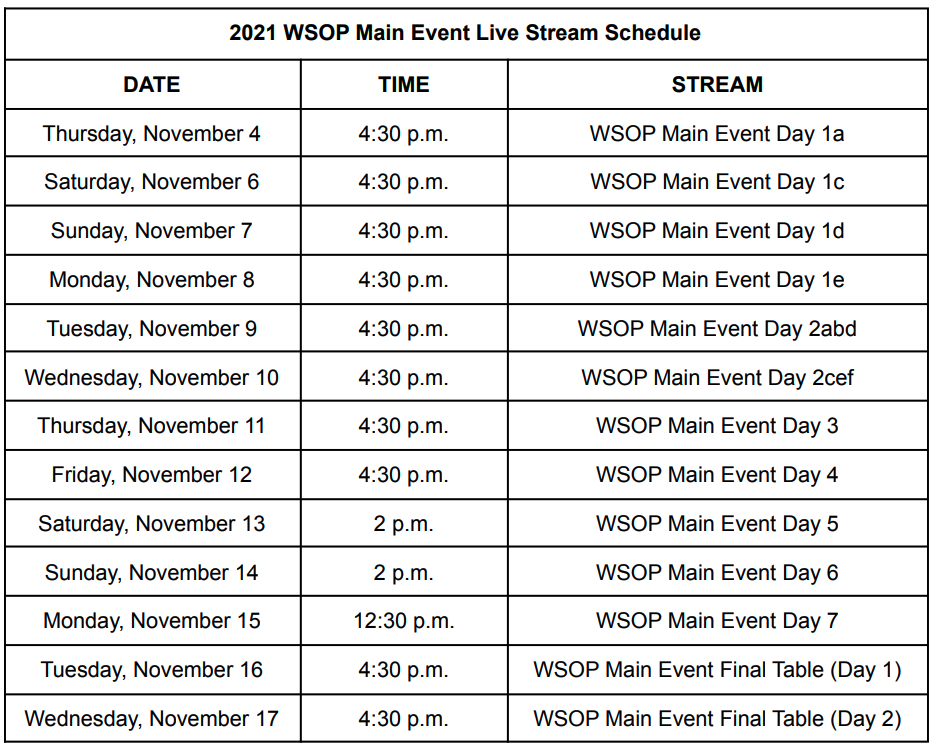 ESPN began airing full coverage of the Main Event starting in 2003 when Chris Moneymaker shocked the poker world. Eskandani’s company, Poker PROductions, took over the role of turning the Las Vegas WSOP into quality TV for ESPN in 2011.

Now, 10 years later, the WSOP has a new television partner, CBS Sports. While their edited WSOP product remains to be seen, the streaming on PokerGO gives some assurance that the award-winning coverage poker fans have grown to expect won’t just disappear.

CBS Sports plans to air 15 hours of edited Main Event tournament coverage while the PokerGO app will offer viewers nearly 100 hours of live action. That coverage will include analysts and personalities that WSOP fans have come to expect, including former ESPN announcers Norman Chad and Lon McEachern, who will anchor the direct-to-mobile broadcast.

Welcome to the WSOP on … CBS Sports?

This year will mark the first time in nearly 20 years that viewers won’t be tuning in to ESPN to watch the Main Event. Instead, the WSOP has partnered with CBS Sports, which was the original broadcast home of the WSOP in the 1970s.

“PokerGO and CBS Sports will be working closely together on WSOP coverage,” Eskandani explained. “CBS Sports is the official television home of the WSOP, and the PokerGO team will be producing edited episodes of both WSOP bracelets and the WSOP Main Event to air on CBS Sports later.”

Eskandani says that PokerGO’s livestream will be similar to Main Event coverage of years past, using the arena table in the so-called “mothership,” with two side feature tables. He also promises there will be plenty of action from the outer tables during the event.

“The WSOP Main Event isn’t just limited to three tables until the field size is down to 27 players,” Eskandani said. “PokerGO will look to enhance its coverage with look-ins on outer tables so viewers can be more involved in following the greatest tournament in the world.”

Day 1A coverage will be free for everyone on Thursday, Nov. 4. After that, only paid subscribers will have access to live coverage.

free ? good luck with that !