More than Another Gaming License: CardsChat Talks to GGPoker About Recent Expansion

GGPoker added to its ever-expanding empire last month when it received a license to operate in the “underserved” Belgian market. However, as CardsChat found out, it’s much more than another gaming license for the top-ranked poker site. 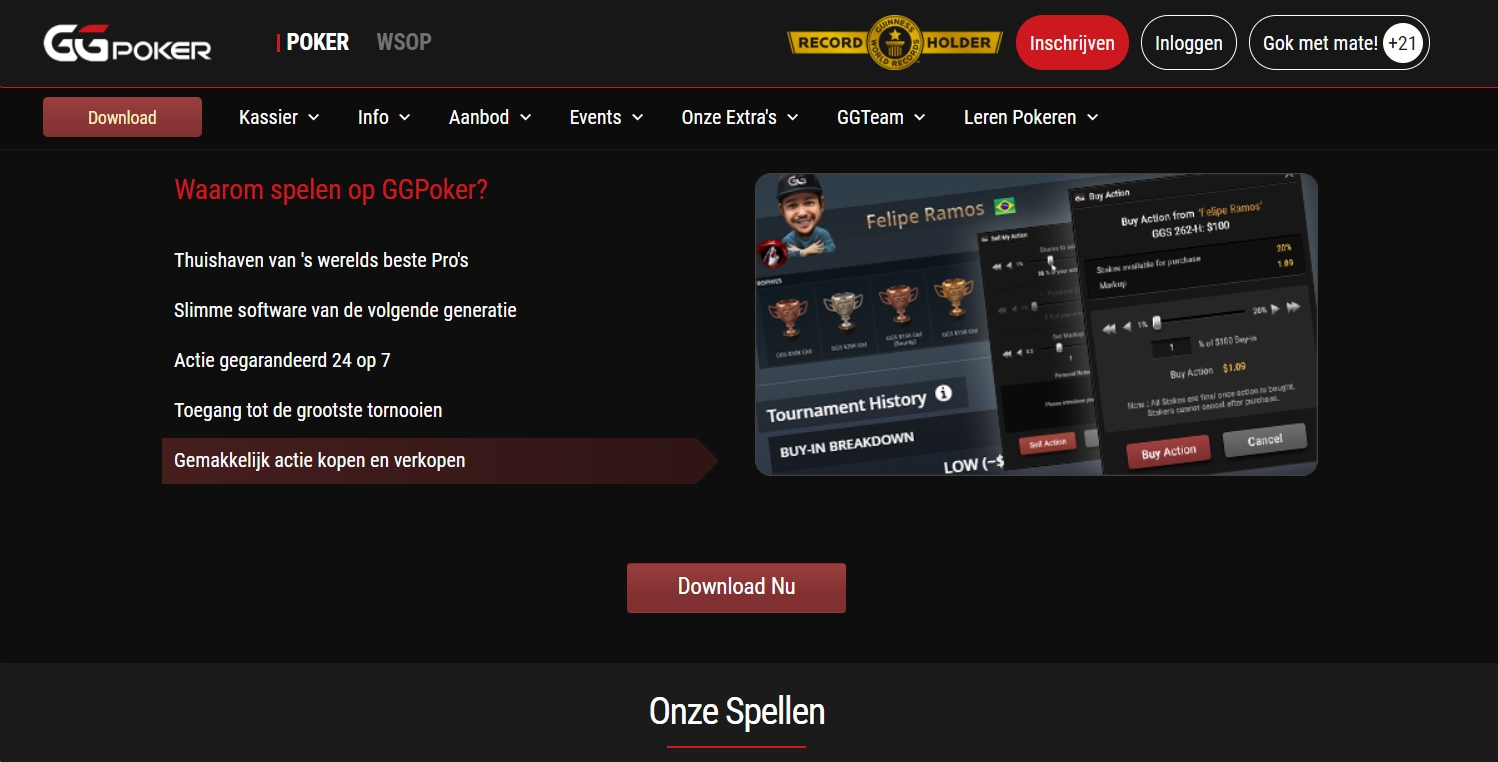 GGPoker will be using its new Belgian license to expand and create new opportunities for amateur players. (Image: GGPoker)

We spoke to GGPoker’s Paul Burke about the company’s latest move. He explained that launching a licensed site in Belgium will do more than just increase the brand’s international footprint.

Online poker has been legal in Belgium since 2011, but — prior to GGPoker entering the fray on July 31 — only two sites, PokerStars and Unibet, were licensed in the country. This relative lack of competition made Belgium the ideal target, according to GG’s Head of Europe, Marco Trucco.

GGPoker.be went live with the help of its local casino partner, Deba Square. The partnership is a necessary licensing requirement, but it also opens the door to further partnerships with Belgian poker companies. Burke told CardsChat that he’s “delighted” with the launch in Belgium, but explained that GGPoker’s aspirations don’t stop there.

“It’s not simply a situation in which GGPoker secures a license and attempts to operate without proactively engaging with the local market,” Burke said. The license will allow GGPoker to integrate itself into the local gaming community and, in turn, solidify its presence within the European market.

“We have a very strong partnership with a local company that’s at the heart of the Belgian poker community. This means that, in addition to promoting GGPoker via the usual digital marketing channels, we’ll be able to engage with players at the grassroots level,” Burke continued.

Local poker clubs across Belgium will be used to create opportunities for amateurs. So what does that mean in practice?

Belgium has a population of 11.4 million and isn’t one of the largest poker markets in Europe. However, it does have 12 poker rooms spread across the country. Some are housed inside casinos such as Casino Blankenberge, while others are dedicated poker clubs like The Bubble Boy in Wervik.

Belgium also plays host to Amateur Poker Association & Tour (APAT) events. Although APAT is primarily a British organization, it’s hosts a selection of events abroad. That demonstrates the strength of grassroots poker in Belgium. Moreover, it’s one of the main markets GGPoker will be targeting as it develops relationships with live venues across the country.

No live aspirations, but online presence is growing

With scope for developing partnerships with local poker rooms and a flourishing amateur scene, we wanted to know if GGPoker is planning to launch a live tour.

PokerStars, Grosvenor, and Unibet all target grassroots players in the UK and Europe with small and mid-stakes poker tours. But, despite the success of PokerStars Live, the GUKPT, and the Unibet Open, GGPoker won’t be moving in this direction just yet. “With regards to a live tour in Europe, we don’t have any plans at present,” Burke told CardsChat.

Focusing on grassroots poker in Belgium might sit in contrast to GGPoker’s weekly $10,300 MTTs, but not its general ethos. The WSOP Online has bracelet events costing as little as $50. That’s the first time a bracelet event has cost less than $100 and is, in part, a result of the collaboration between the WSOP and GGPoker.

Players from Belgium can take part in the ongoing WSOP Online series, as well as the site’s regular roster of cash games and tournaments. This, as we found out, will help GGPoker grow and lead to even better service for customers around the world.

“Each time GGPoker adds another country to the list of those served by our brand, we grow our liquidity that little bit more. This makes the games better, run more often, and fill faster,” Burke said.