The city with the most poker rooms just lost one as Monte Carlo Resort and Casino announced it was closing its facility, April 25. 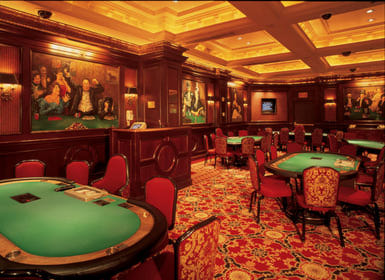 The poker room at the Monte Carlo Resort and Casino is set to close April 25th as the casino is renovated.

With the transformation the company decided it wanted to go into a different direction and the feature became expendable.

Scott Ghertner, Executive Director of Public Relations for MGM Resorts International told CardsChat, “This process will touch all aspects of the guest experience and will position the property as a premier destination on The Strip.” He said. “We will have world-class entertainment of course and it will serve as a gateway property to The Park and T-Mobile Arena.”

Some of the luster has worn from the game and Las Vegas, which has the most space of any gambling town in the world, has seen its numbers shrink.

The peak was 2007 when casinos hosted 26 rooms and 396 tables both on the Strip and at the immediate surrounding areas such as downtown and nearby Boulder Highway and Henderson.

However, over the last decade places for rounders to ply their trade has decreased. Seven rooms have shuttered, including ones at Tropicana, Silverton and Aliante casinos.

While Monte Carlo is the latest casualty, Ghertner was quick to point out there are other options for enthusiasts.

“While we won’t have a Poker Room at Park MGM,” he said. “our neighboring resorts like ARIA and Bellagio have world-class Poker Rooms which provide the experience we know our guests are requesting.”

Though the difference in the rake was minute from last year to two years ago, it was still a loss and casino officials aren’t hoping this is a trend.

State regulators reported Nevada casinos raked $117,753,000 from poker cash games in 2016, with the Strip accounting for $78 million of the total. The amount was two-tenths of a percentage point less than what was raked in 2015.

Another barometer for poker health is the number of entrants for the Main Event of the World Series of Poker (WSOP). That number has fluctuated over the years.

Nevada poker revenue by month in 2016

Have been staying at the Monte Carlo for about 20 years. Loved the poker room. The staff felt like family and it was a great spot for newcomers with their affordable limit games. With that gone and all the restaurants closing, I think I Made my last visit to the Monte Carlo and whatever it’s morphing into.

Stupid corporate decision. Since my took over they reduce services and raise rates. Been to the Monte 15 times. Time to find a new home. What crap.