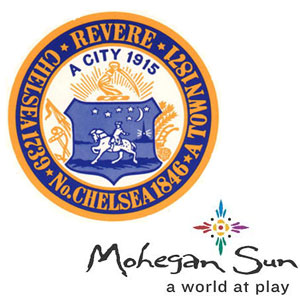 The city of Revere, Massachusetts has come to an accord with the Mohegan Sun to allow a casino to be built at the Suffolk Downs racetrack.

While there have been numerous legal battles to bring new casinos to Massachusetts and areas surrounding the greater Boston area, not much traction has been made to date. Numerous deals have come under intense scrutiny and debate, with some deals falling apart altogether after failing a rigorous vetting process by state authorities. Now, the city of Revere, Massachusetts has come to an accord with the Mohegan Sun to allow a casino to be built at the Suffolk Downs racetrack.

The deal between the city of Revere and the group representing the Mohegan Sun calls for an up-front payment of $33 million (USD) to allow a casino to be built at the Suffolk Downs racetrack. The project, which is estimated to cost approximately a billion dollars, will feature a mega-casino that will feature one hundred gaming tables, over four-thousand slot machines, and a poker room. This up-front payment will not be the last, as the deal calls for the casino to make yearly payments to the city, approximated to be between $25-$30 million, minimum.

In the agreement, the Mohegan Sun would have exclusive casino operating rights for all lands owned by the racetrack. The team at Suffolk Downs would be the landlord and not have any say in the day-to-day operations running the new casino.

“This agreement is an extraordinary deal that will help us continue to make the transformation of Revere a reality,” said Mayor Daniel Rizzo.

What’s In It For Revere?

Outside of obvious financial gains that Revere will see on a yearly basis, the small town is now being talked about around the world. Suffolk Downs has already attempted to build a casino on their premises, having attempted to build one in East Boston, which was ultimately rejected by voters in Boston (but approved by those in Revere). That previous deal would have guaranteed Revere “only” $9 million annually, so in the end, the city is faring much better with this new deal.

If the casino manages to become profitable beyond certain yet-to-be-divulged benchmarks, the city could earn even more in yearly revenue. The city has already stated that the payments received from the casino will be used to provide tax relief for property owners in Revere and improve services and facilities. On top of that, thousands of jobs will be created.

Not Out of the Woods Just Yet

While the deal might be done, the fight has only just begun. Already, there are groups stating that they plan to organize opposition to the deal. Boston’s Mayor-Elect (Martin J. Walsh) has stated that he is unsure whether Boston has any legal right to stop a deal in Revere, however, groups such as No Eastie Casino plan to oppose the casino. They will purportedly be joined by a group from Palmer who do not want any casino to be built in East Boston nor Revere.

While the deal might be done, the fight has indeed just begun.