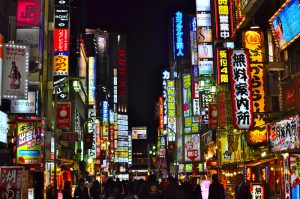 Japan’s ruling party wants to get a casino bill through the house before the end of 2016. (Image: nottingham.ac.uk)

Japanese casino regulation could become a reality in the coming weeks thanks to a push by the Liberal Democratic Party.

As it stands, live casinos are outlawed in Japan, but the ruling Liberal Democratic Party (LDP) has long been sympathetic to the industry.

With neighboring Asian countries such as Taiwan and China (specifically Macau) already generating tax revenue from casinos, Japan is well aware of the industry’s benefits.

Earlier this year it looked as though the issue of casino regulation, which is part of a broader move known as the Integrated Resort Promotion, was off the table.

Back in February the LDP said that there wouldn’t be a vote on the issue during the current session.

But, in a change of tact, the party has now said it wants to rush a bill through by the close of 2016. According to a report by Japan Times, LDP Diet Affairs Chief Wataru Takeshita reportedly told coalition partners that he wants the bill to pass through the committee before the plenary session on December 6.

Although reports suggest there was little opposition to the move, the bill may struggle to get through the lower and upper house voting systems before December 14.

But, if it does get through in time, it’s likely Prime Minister Shinzo Abe will sign it off without hesitation.

Abe has long been a supporter of the casino bill and will want to see things kick into life before the start of 2017. With Japan on the brink of a recession, casinos could provide a much needed revenue boost for the state’s coffers.

A Much Needed Bankroll Boost

In fact, with Macau’s casino economy currently on the decline thanks to a crackdown on the high stakes junkets, Japan could fill a gap in the market. Naturally, it would take some time before the country had enough of a gambling infrastructure to bring the high rollers in.

However, the Integrated Resorts Promotion would aim to recreate the casino, hotel and entertainment provisions common in Macau and Vegas would certainly be attractive.

Another reason Japan’s ruling party may be in a rush to get the bill passed is because of the 2020 Tokyo Olympics. If Japan can pass a bill to legalize live casinos, it would pave the way for entertainment venues that would appeal to an international audience.

With the government currently projecting the Olympics will cost $30 billion, a thriving casino scene could certainly help to recoup some of that expenditure.

However, for that to happen, ministers and lawmakers will have to get the bill through the voting processes within the coming days if it’s going to meet the December 14th deadline.

That would be great! Games are fun – good luck all!