In November 2016, at the Partypoker.net WPT Montreal, Mike Sexton went from broadcaster to World Poker Tour champion. He stepped out of the booth and onto the felt to show everyone in the tournament how the old-school pros do it. 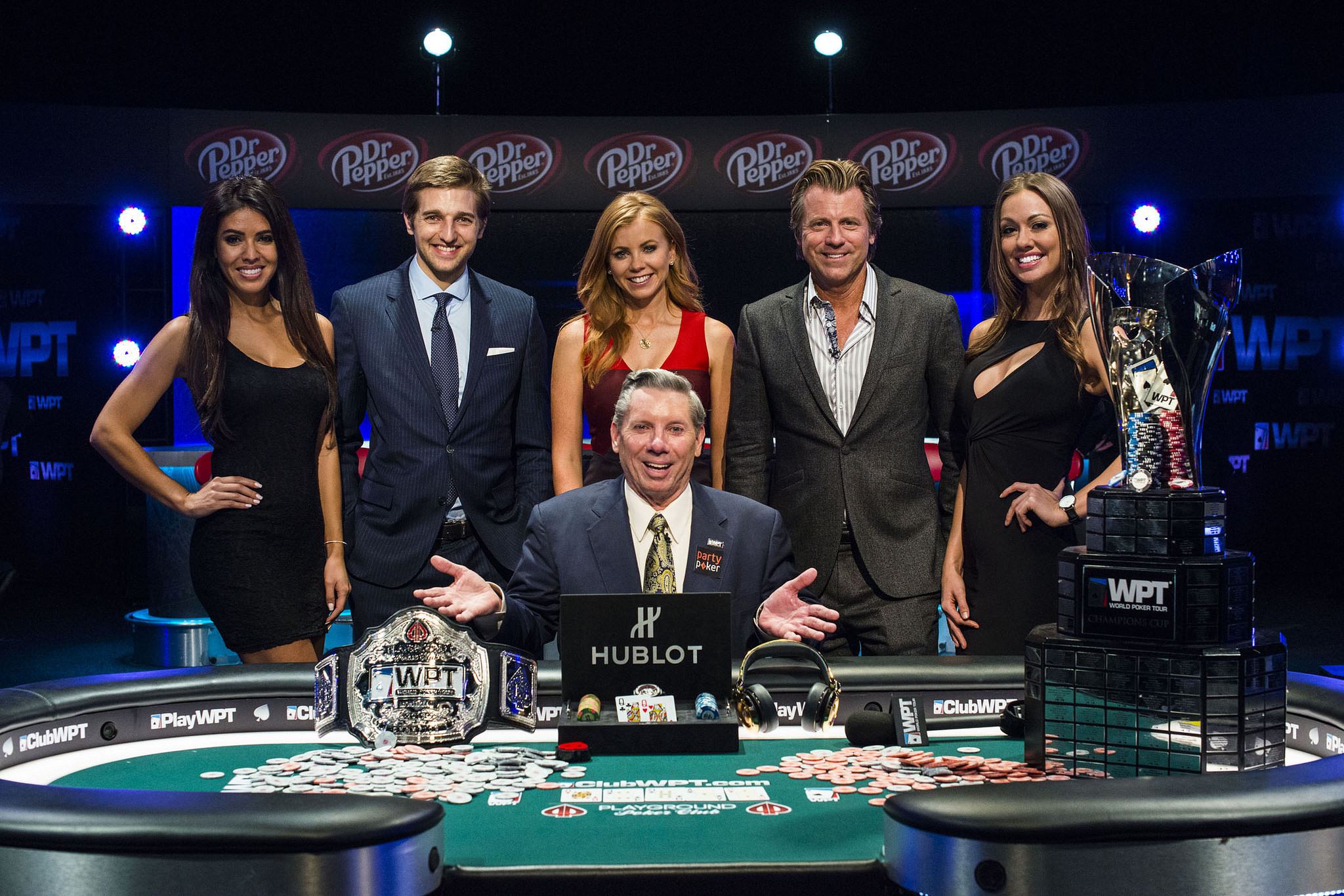 Sexton is taking what we all hope will be a short break from commentating and playing cards. He’s now undertaking in-home hospice care in Las Vegas after suffering from prostate cancer.

In 20017, 15 years after joining Vince Van Patten as the voice of the World Poker Tour, Sexton stepped down from his role to return to Partypoker, the poker site he helped launch in 2001, as Chairman. He left an irreplaceable void in the broadcast booth for Tony Dunst to fill, although he’s doing an incredible job carving his own legacy.

Everyone was Rooting for Mike

Sexton, as part of his contract, wasn’t permitted to compete in WPT Main tour tournaments during the first nine seasons. But the rules changed in 2010, paving way for he and Van Patten to compete on the felt during some World Poker Tour events.

Unsurprisingly, Sexton quickly had some success on tour. In 2011, he reached the Bay 101 Shooting Star final table, finishing in sixth place for $148,000. Then, two years later at the WPT Venice Grand Prix, he took third place for $69,723. It was only a matter of time before he got over the hump and into the WPT Champions Club.

At the 2016 Partypoker.net WPT Montreal in Canada, Sexton reached the final table with a fairly large chip lead. Outside of the other five players at the final table, and their friends and family, it seemed like everyone in the poker community was rooting for Sexton to take it down. And, how could anyone blame them? He’s one of the most beloved poker ambassadors ever, and he was playing in front of the same television audience he’d taught the game of poker to the previous 14 years.

Sexton, even though he isn’t from Canada, had home-felt advantage. Most fans watching on the live-stream were rooting for him. CardsChat ambassador Jeff Gross called the action live on Twitch. He was secretly cheering for his friend and mentor to win the title.

Crowd Support Will Only Get You So Far in Poker

Although Sexton had the poker community behind him, he still needed the cards to go his way and to play well. He could control the latter, but the cards — those were a different story. Sexton was up against a tough final table that included WPT crushers Ema Zajmovic and Jake Schwartz.

Everything on this November day, however, fell his way. Actually, things went his way throughout the entire tournament, which he admits.

“I was very lucky in that tournament. Four times I was all-in and at risk with the worst hand and somehow sucked out to stay alive,” Sexton said in his post-game interview. “With 49 players left, I was a little below average. A guy raised and I picked up two black nines and moved in. Jake Schwartz, who’s a phenomenal player, moved all-in over the top of me for more chips than I did, then the original raiser called.”

Sexton found himself heads-up with a big chip lead over Benny Chen with CAD $425,980 going to first place. Chen picked up K-J on the button with about 14 big blinds. He opted to move all-in only to discover his opponent woke up with pocket queens and snap-called. Sexton, if his hand could hold up would finally add his name to the WPT Champions Club.

Dunst and Van Patten couldn’t hide their rooting interest, and who could blame them? Sexton, as he always does win or lose, immediately went over and shook his opponent’s hand, greeting him with his trademark smile.

The champion went on to host one more season of the World Poker Tour before leaving to return to the board room of Partypoker. He’s now taking a break from his poker duties to spend time with friends and family as he attempts to beat prostate cancer.